Mortgage rates are at a new record low as we head toward the winter holidays. 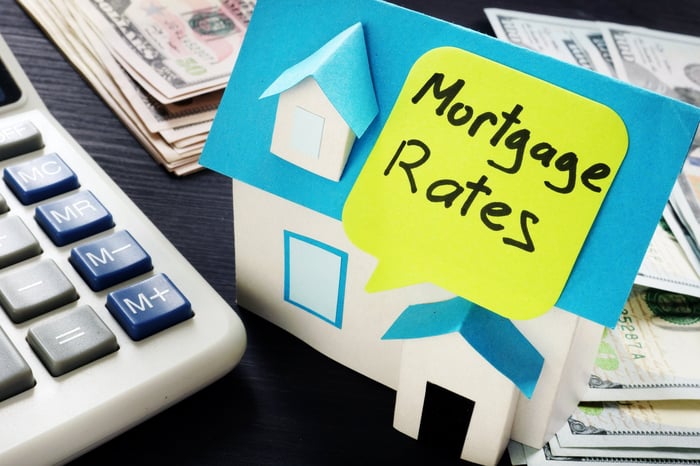 It seems like every time mortgage rates just "can't get any lower," that's exactly what happens. Based on several different mortgage rate sources, it appears that fixed-rate mortgage interest rates have never been lower.

According to The Ascent's mortgage tracking methodology, the current average 30-year fixed-rate mortgage has an interest rate of 2.796%, which is the lowest it's ever been. The 15-year and 5/1 ARM rates currently average 2.281% and 3.540%, respectively.

In addition to The Ascent's mortgage rate tracker, there are a few popular mortgage rate surveys. Each one uses a slightly different tracking methodology, so let's take a look at a couple of them. The two most widely referenced mortgage rate surveys are published by the Mortgage Bankers Association (MBA) and Freddie Mac. Here's a quick look at the latest edition of each.

According to the widely followed MBA weekly mortgage survey, for the week ending Dec. 4 (the survey comes out about a week after the covered period ends), the average 30-year mortgage rate was 2.90%, the lowest in the history of the survey. However, the average borrower now pays 0.40 points to get this rate, up from 0.34 a week ago. (Note: In mortgage terms, a "point" is equal to one percent of a mortgage loan amount, so 0.37 points translates to $370 for every $100,000 borrowed.)

Even though rates are at an all-time low, mortgage activity is falling. Some of this is due to seasonality, as the winter is historically a slow time for homebuying. But even on a seasonally adjusted basis, mortgage volume decreased by 1.2% from the prior week. Refinancing activity remains very strong, with refinancing applications up by 89% compared with the same week in 2019. Purchase activity is still elevated over 2019 levels, but the 22% year-over-year increase is significantly less than the 26% jump in mid-November.

Freddie Mac's Dec. 10 mortgage rates survey found that the 30-year fixed-rate average stayed flat from a week ago at 2.71%, with the average borrower paying 0.7 points, but this is still an all-time low. In this survey, the average 15-year fixed-rate loan has an interest rate of 2.26%.

How have rates changed this week?

Not only are mortgage rates currently at all-time lows, but they are holding rather steady. Rates have slightly ticked down over the past few weeks, but not by much. And we haven't seen too much recent volatility in mortgage rates, in either direction.

Record low interest rates don't seem to be enough to keep mortgage volume up. With COVID-19 cases spiking around the nation, we could be seeing borrowers being a little more cautious and pumping the brakes on borrowing money.

Check out The Ascent's mortgage calculator to estimate what your monthly payment might be including principal, interest, insurance, taxes, and PMI.

Mortgage rate forecast for the rest of 2020 and beyond

To be perfectly clear, I don't have a crystal ball that can predict mortgage rates. But even so, it's tough to imagine any scenario under which mortgage rates spike dramatically higher anytime soon. The Federal Reserve has been quite clear about its intention to hold interest rates near zero for the foreseeable future and the pandemic isn't likely to come to an end until at least several months into 2021.

That said, it's possible mortgage rates could start to creep higher as the pandemic gradually winds down, especially if we end up getting a large stimulus bill once the Biden administration takes office. If the unemployment rate improves faster than expected, it could also be a positive catalyst for higher mortgage rates.

For the time being, it has never been cheaper to obtain a mortgage. So if you're looking to buy a home or refinance, or are just curious about how low of a mortgage rate you might be able to get, check out our updated list of the best mortgage lenders.