The oldest members of the baby boom generation have turned 70, and thousands more are reaching standard retirement age every day. Yet even as baby boomers approach their golden years, they're doing so with an unprecedented level of pessimism about their financial future. With little savings and the prospect of expensive needs during their retirement, most baby boomers doubt whether they can truly afford to retire -- even as they often find that they have few employment options that will have a major impact on their prospects. 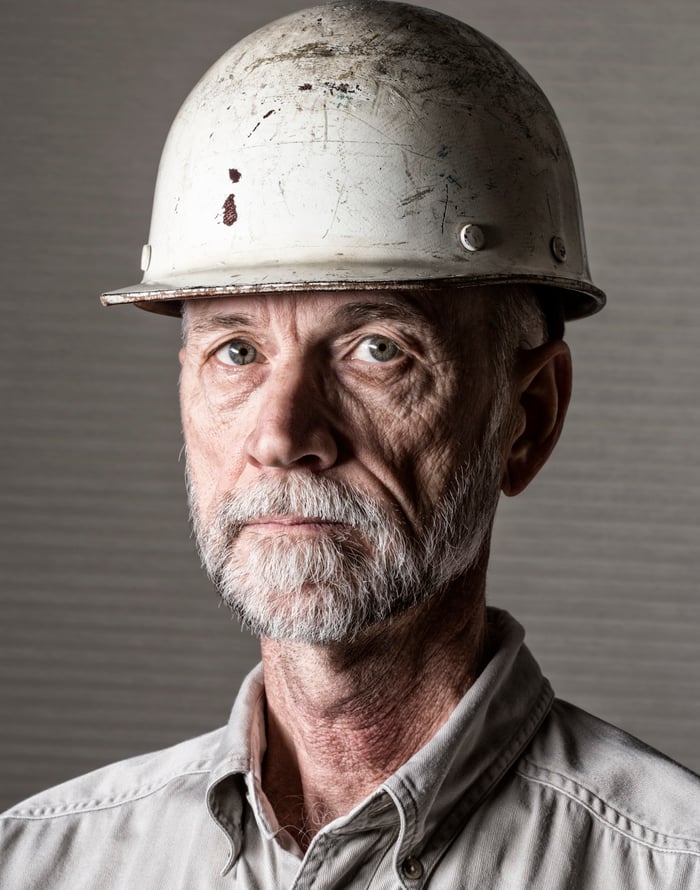 Many articles about saving for retirement focus on how bad Americans are at planning for the distant future. That's not terribly surprising among younger workers, many of whom are still struggling to pay off debts or cover more immediate expenses like housing or transportation. For instance, a survey earlier this year from GOBankingRates found that more than 70% of those aged 18 to 34 have saved less than $10,000 toward retirement, with more than two-fifths having no retirement savings at all. That reflects the general understanding that people neglect to save for retirement until the finish line of their careers gets closer.

The problem for baby boomers is that the impulse to save for retirement hasn't kicked in nearly as much as it should have. The same GOBankingRates survey found that more than a quarter of those aged 55 and up have no retirement savings at all, and fewer than half have more than $50,000 saved for their golden years. A study from the Insured Retirement Institute had an even more pessimistic assessment of the situation, finding that 45% of Boomers have no money saved toward their retirement.

That's a huge barrier to retirement, especially given the costs that baby boomers are likely to face as they age. Fidelity Investments has estimated that the typical couple will spend $260,000 in retirement on healthcare costs, up $15,000 just in the past year. Moreover, when you add in average long-term care needs, that's another $130,000.

In response, 'boomers have largely lost heart. Less than a quarter of this generation's members have confidence that they'll have enough financial resources in retirement. More than a quarter think they'll work until age 70, which is a much higher proportion than in recent years. Yet many have stopped bothering to contribute toward retirement accounts, missing out on a seven-year bull market that has seen broad stock market indexes more than triple from their 2009 lows.

Why working longer can be helpful -- if you can

In light of these financial stresses, the idea of deferring retirement makes sense. Working longer keeps paychecks coming in, allowing any savings you have to stretch further. It builds a longer earnings history, which can boost your Social Security benefits, and it can also enable you to defer Social Security until a later age, collecting delayed-retirement credits that will increase your monthly checks even further.

Healthcare also plays a key role in people's decisions to work longer. Group health coverage can be more affordable even than Medicare, and some retirement-age workers can put off having to start to pay Medicare premiums as long as they're gainfully employed with health insurance benefits at work.

Yet the disturbing thing about the state of the baby boom generation is the extent to which aging Americans are counting on their ability to work into their late 60s and early 70s. If anything, the trend in corporate America in recent decades has been toward pushing employees out of jobs earlier rather than later, because the cost advantages of employing younger workers sometimes outweigh the greater productivity that an experienced person can bring to a job. Moreover, physical and health-related limitations make it impractical for people in some professions to expect an extended career.

What younger workers can learn from the baby boomers

The biggest challenge with retirement planning is that if you wait too long to start, you'll often find it's too late to take actions that will get you all the way to your final goals. That doesn't mean that Baby Boomers shouldn't consider all available options, and what you do now can make a difference.

Still, the biggest lesson from the Boomer experience is one that younger generations can benefit most from. Start to save earlier and consider the long-term picture in making current saving decisions. That way, you'll be ahead of the curve and in a better position to adapt to any unexpected obstacles down the road. That's advice that baby boomers are learning the hard way, but those who still have time on their side don't have any excuse to make the same mistakes.