Social Security can be complex and confusing, and there are so many factors to consider before you start claiming benefits. What age should you begin claiming? How big will your monthly checks be? How much will you be able to depend on your benefits in retirement?

Although it's confusing, it's important to understand as much about Social Security benefits as you can. Most retirees end up relying on their benefits for a good chunk of their retirement income (in fact, nearly a quarter of married couples and close to half of unmarried beneficiaries depend on their checks for at least 90% of their income in retirement, according to the Social Security Administration), so any mistake you make could have a significant effect on your future. And there's one common mistake that new research shows could lead to big regrets down the road. 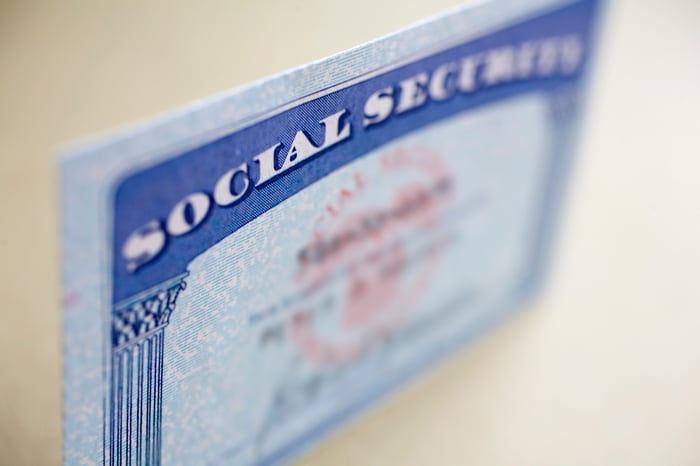 The age at which you start claiming benefits will affect the amount you receive each month for the rest of your life. The only way to receive the full benefit amount you're entitled to is to claim at your full retirement age (FRA), which is age 67 for those born in 1960 or later, or either 66 or 66 and a few months for those born before 1960.

You can claim earlier than your FRA (as early as age 62), but your monthly benefit amount will be reduced -- those with a FRA of 67 will see their benefits reduced by 30% if they claim at 62. On the other hand, if you wait until after your FRA to claim, you'll receive additional money each month on top of your full benefit amount -- you can receive up to 24% more if you have a FRA of 67 and you claim at age 70. These extra benefits cap at age 70, though, so while you can claim later than that age, there's no financial incentive to do so.

In theory, it shouldn't matter what age you begin claiming because your lifetime benefits should be relatively equal. You'll receive smaller checks if you claim early, but you'll also collect more of them over the years. If you delay benefits, your checks will each be bigger, but you'll receive fewer of them in total. So over a lifetime, your overall benefit amount should be roughly the same regardless of when you claim.

However, life doesn't always work out so perfectly, and new research shows that claiming early might result in more financial struggle later in life. A report from the National Bureau of Economic Research found that claiming benefits at age 62 was associated with a greater probability of living in poverty late in life.

That's not to say that claiming benefits early is always a bad decision or that you're destined to struggle financially if you claim at 62. Sometimes, it may be the best choice. But in other instances, it could be a major mistake.

Is claiming early the right choice for you?

62 is the most popular age to claim Social Security benefits, with 48% of women and 42% of men claiming at this age, according to a report from the Center for Retirement Research at Boston College. It's easy to see why so many people claim early; when you've been working for about four decades and are itching to retire, it's tempting to claim benefits as soon as possible. But just because you can claim benefits doesn't necessarily mean you should.

There are a few situations where claiming early may not be the best choice, and the first is if you expect to live a longer-than-average lifespan. Again, your lifetime benefits are designed to be relatively equal no matter when you claim, but that assumes you'll live an average lifespan -- which is around 85 years old, according to the Social Security Administration. If you live longer than that, you'll actually receive more money over a lifetime the longer you wait to claim. Those bigger checks will add up over time, so if you end up living into your 90s or beyond, you can potentially receive tens of thousands of dollars more if you wait until age 70 to file for benefits.

Another situation where it pays to wait is if you don't have a robust retirement fund. If you don't have much saved, there's a good chance you'll run out of money early in retirement and will be forced to rely on your benefits to make ends meet. If you claimed at 62, those smaller checks will make it difficult to pay all your bills. But if you had delayed benefits, the extra few hundred dollars you'd be receiving each month can go a long way.

So who should claim at 62? If you have a healthy retirement fund and can afford to make do with smaller checks, claiming at age 62 might allow you to retire earlier and make the most of retirement while you're still relatively young. Also, if you have reason to believe you'll live a shorter-than-average lifespan, claiming early might be the best decision because you'll likely receive more money overall than if you wait to claim benefits.

Choosing when to claim Social Security benefits is one of the biggest retirement decisions you'll make, and if you claim at the wrong age, it could seriously hurt your chances of enjoying your golden years comfortably. But the more knowledge and understanding you have about how age affects your benefit amount, the more likely you are to make the best decision for your future.