As businesses across the country reopened and millions of Americans returned to work, many feared a COVID-19 resurgence was inevitable.

It appears that the second wave may already be here . The number of COVID-19 infections has skyrocketed over the past couple of weeks. At the height of the pandemic in April, the U.S. saw approximately 30,000 new COVID-19 cases each day, according to the Centers for Disease Control and Prevention. After a brief lull, that number has jumped to roughly 50,000 new cases per day as of the first week of July.

If you're nearing retirement age, a second wave could potentially throw off your retirement plans. You'll need to consider when to begin claiming Social Security benefits. Keep in mind that there are a few good reasons to claim early due to the pandemic. 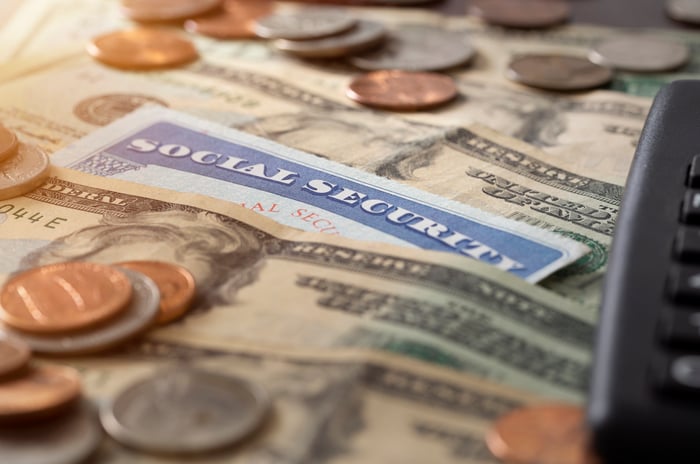 1. It can potentially save you money if the market crashes

A second wave of the pandemic could trigger another stock market crash, which could wreak havoc on your investments.

In addition, withdrawing your savings during a market downturn means selling when stock prices are lower, which could result in losing money on your investments. For that reason, it's best to keep as much money as possible in your retirement account until the stock market bounces back.

Holding off on retirement may be ideal if the market crashes. But if you're already retired or have no choice but to retire in your early 60s, claiming benefits early means you won't have to rely entirely on your savings to make ends meet. By keeping more money in your retirement fund during a market downturn, your savings should last longer.

2. It can help if you lose your job

Tens of millions of Americans have lost their jobs due to COVID-19, and a second wave could lead to even more layoffs. With no end in sight to the pandemic, you could potentially be unemployed for a while if you lose your job now.

Claiming benefits early can provide another source of income if you're laid off when you're close to retirement age. Especially considering that the additional $600 per week in unemployment benefits that the government has provided recently is set to stop at the end of July, Social Security benefits can help make ends meet if unemployment alone won't cut it.

If you do find another job down the road, you can continue working even after claiming benefits. A portion of your Social Security checks could be withheld depending on how much you're earning, but your benefits will be recalculated once you reach your full retirement age to account for the reductions. So if you're not quite ready to retire but need extra cash now, claiming early could be a smart option.

Older adults are particularly vulnerable to developing severe complications from COVID-19, so continuing to work during the pandemic could be risky -- especially if your job involves a lot of contact with other people.

If you're concerned about contracting the virus, you could choose to retire early to limit your risk. This is a big decision that shouldn't be made on a whim, so think carefully about whether you're really ready to retire now. But if it is the right decision, claiming benefits as early as possible can help you retire more comfortably.

Weighing all your options

Claiming benefits early isn't the right decision for everyone, so it's crucial to make sure you've given the matter serious thought. If you're fortunate enough to still be employed (particularly if you're able to work from home), continuing to work a few more years could be a good idea. Delaying benefits will earn you bigger checks each month, which can be a smart move when the future is uncertain.

However, if you lose your job or have decided that early retirement is in your best interests, claiming benefits early can make it easier to weather this storm and enjoy retirement as comfortably as possible.