When you have multiple financial priorities, it can be difficult to balance them all. Not only do you need to worry about paying all the bills on time, but you may also have to think about paying off debt and saving for retirement.

If you have some extra cash at the end of the month, you may choose to put it toward one of your financial goals. There are advantages and disadvantages to both saving for retirement and paying down debt, but in some cases, it pays to choose one goal over the other. 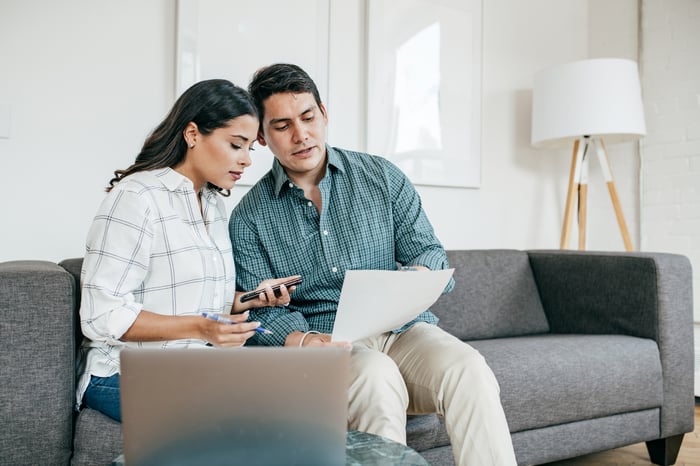 Why save for retirement first?

Although retirement may be years or even decades away, starting to save now will make it much easier to build a robust retirement fund. When you have plenty of time left to save, you have compound interest on your side. Compound interest helps your money grow faster the longer it remains in your retirement fund. By starting to save earlier in life, you won't need to save as much each month to accumulate several hundred thousand dollars (or more) in savings.

For example, say you're 40 years old with no savings and want to save $700,000 by age 65. Let's also say you're earning an 8% annual rate of return on your investments. If you started saving now, you'd have to save around $800 per month. But if you wait until age 45 to begin saving, all other factors remaining the same, you'd need to save a whopping $1,300 per month to reach your goal.

Even if retirement still seems far away, saving as much as you can right now will make your goals easier to achieve. That may mean putting debt on the back burner for the moment, but when it comes to saving for retirement, you don't have any time to waste.

Why pay off debt first?

While in many cases it's smart to focus on retirement before paying off debt, the exception is if you're loaded with high-interest debt.

High-interest debt (such as credit card debt) can be incredibly expensive, and the longer it takes you to pay it off, the more expensive it will be. In some cases, if you were to save for retirement instead of tackling your high-interest debt, you could actually end up paying more in interest than you earn on your investments.

The average interest rate among all credit card users is around 14.58% per year, according to data from the Federal Reserve. But if you have poor credit, you could pay much higher interest rates -- sometimes upwards of 20% per year.

By comparison, the S&P 500 has earned an average rate of return of around 10% per year. So if you're earning a 10% return on your investments while paying 15% to 20% interest on your debt, you may be digging yourself into a deeper financial hole. In this scenario, you may be better off tackling your debt first and then focusing on retirement.

As you're paying off debt, start with the type with the highest interest rate. Once that's paid off, work on paying down lower-interest debts until everything is paid off. You don't have to be completely debt-free before you start saving for retirement, but try to pay off your most expensive debt as quickly as possible.

Saving for retirement and paying down debt are both important financial goals, and it can be difficult to decide which one should take priority. When you're strategic about which goal you tackle first, though, you can help your money go further.