Please ensure Javascript is enabled for purposes of website accessibility
Log In Help Join The Motley Fool
Free Article Join Over 1 Million Premium Members And Get More In-Depth Stock Guidance and Research
By Brian Stoffel - Jan 1, 2016 at 7:20AM

Both states are in dire budget situations -- and a bump in revenue from income taxes might be part of their solutions.

There aren't many state residents who enjoy a bump up in tax rates. In 2016, however, residents of one -- and possibly two -- states will be experiencing just such a bump. Will your bill to the state government be larger as a result? Read below to find out... 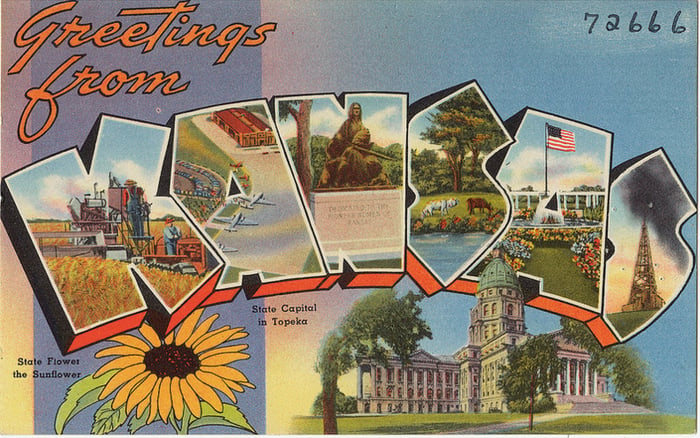 Residents in Dorothy and Toto's home state are the ones who are guaranteed to see a bump in tax rates in 2016. According to a story in The Kansas City Star, while increases in cigarette and sales taxes grabbed everyone's attention, there are significant changes coming in income taxes as well. (For the record, the sales tax will increase from 6.15% to 6.5% moving forward.)

When residents begin to tabulate how much they owe in income taxes before the April 15th deadline, they'll notice some changes in how much they are allowed to deduct from their earnings. After facing significant balance deficits heading into 2016 -- largely at the hand of significant tax cuts enacted by Governor Sam Brownback -- the moves were necessary to help the state balance its budget.

With a reduction in deductions and the same tax rates in place, the average Kansas household will be paying more in income taxes when they file their 2015 tax returns come April 2016.

While most of Kansas' tax changes will be felt in 2016, they are based on one's 2015 earnings record. The same cannot be said for what could happen in Alaska. After years of proudly having no personal income taxes at all, Alaska finds itself at a crossroads.

The oil money that had been enriching the state so much and making such arrangements possible has dried up. As supply -- buoyed by lower demand and increased productivity from fracking -- has surged, the industry has been contributing less and less to the state's coffers.

According to The New York Times, a staggering two-thirds of the money needed to cover the state's budget either can't or won't be collected. That's a huge problem. As a result, governor Bill Walker -- a Republican-turned-independent with a Democratic lieutenant governor -- has proposed a few important changes.

First, the cash dividends that Alaskan households receive annually as a result of money flowing in from energy companies will be cut back. Second, he will have each tax-filing unit pay 6% of whatever it owes to the federal government in income taxes. In other words, a $5,000 income tax bill to the feds would result in a $300 income tax bill to Alaska.

Walker's plan also includes raising taxes on alcohol and a general sales tax. But residents need to pay close attention to proceedings in Juneau and Anchorage, as nothing is yet set in stone.