Please ensure Javascript is enabled for purposes of website accessibility
Log In Help Join The Motley Fool
Free Article Join Over 1 Million Premium Members And Get More In-Depth Stock Guidance and Research
By Dan Caplinger – Feb 23, 2020 at 10:38AM

If you're making money on your own, these tips can save you a bunch at tax time.

The gig economy has dramatically changed the way people work. Rather than working as an employee for a company, gig workers are essentially running their own small businesses -- and they get treated that way at tax time by the IRS.

Gig workers face some tax challenges, but they also can benefit from some tax breaks that regular employees don't get. In particular, successful gig workers can save a lot on their taxes with the following three tax law provisions.

The tax reform laws that took effect for the 2018 tax year created a huge new opportunity for gig workers to save on their taxes. Known as the pass-through business deduction, the new tax break applies to any entity that passes through its taxable income to its owners. That includes just about every business entity other than corporations, such as partnerships and limited liability companies. As it turns out, though, it also includes sole proprietorships -- which is how most gig workers get treated. 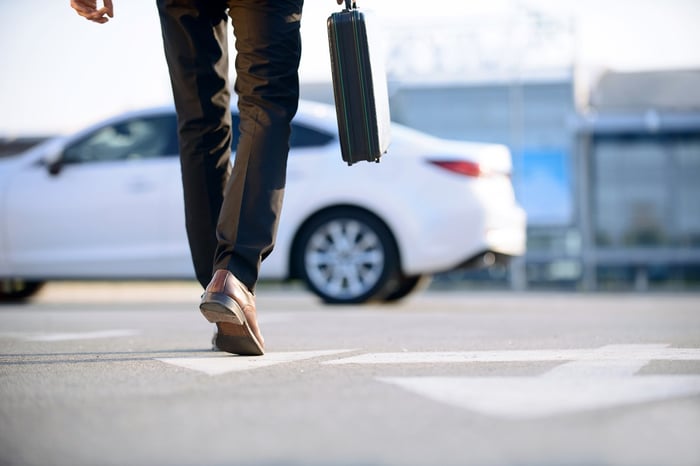 The general rule is that pass-through business owners can deduct 20% of their qualified business income from the amount that gets taxed. There are exceptions for certain types of businesses, and in some cases, the calculation of the deduction gets a lot more complicated. Usually, though, just about any pass-through entity is eligible as long as the total taxable income on the owner's tax return is less than $163,300 for singles or $326,600 for joint filers for the 2020 tax year. That can cut thousands of dollars off your tax bill.

Gig workers can use regular IRAs to save for retirement, but they also have access to some options that employees generally don't. Because gig workers are treated as business owners, they're allowed to set up employer retirement plans for themselves. That can let them set aside a lot more money than they could in an IRA -- or even as an employee in a 401(k) or similar plan.

Gig workers can generally choose from three retirement plans. SIMPLE IRAs are the easiest to set up and let you set aside $13,500 in 2020 if you're under 50 years old, or $16,500 if you're 50 or older. SEP-IRAs have a limit roughly equal to 20% of your business earnings before accounting for the impact of the retirement-plan deduction.

Finally, those who are self-employed and have to pay for their own health insurance are allowed to deduct their premiums from their gross income. You don't have to itemize deductions in order to claim this tax break.

Note, however, that this provision doesn't apply if you get health insurance coverage from someone else, such as a spouse or parent. Even if it ends up costing you more money to get covered under another person's plan, you still don't get to write off the extra premium.

Trying to make ends meet as a gig worker is hard enough without having to pay a big portion of your profits in taxes. By keeping these three tax breaks in mind as you do your tax planning, you should be able to cut your tax payments considerably.