The 2017 tax reform created this opportunity. Here's who can cash in.

The presidential election is in its final weeks, and it's shaping up to be among the most contentious political battles in history. President Donald Trump and former Vice President Joe Biden are appealing to their respective bases while also trying to woo undecided voters to their camps.

Tax policy is often a key issue in presidential campaigns because nearly every potential voter is affected by the tax laws. President Trump's proposals for how he would implement further tax law changes beyond what the Tax Cuts and Jobs Act of 2017 did aren't full of specifics. But even these broad brushstrokes suggest what his priorities would be. Having been in the real estate business for nearly his entire life, Trump has a particularly strong connection with the TCJA's establishment of opportunity zones. That's likely to be a favored place for expansion -- even though most investors won't be able to capitalize on it. 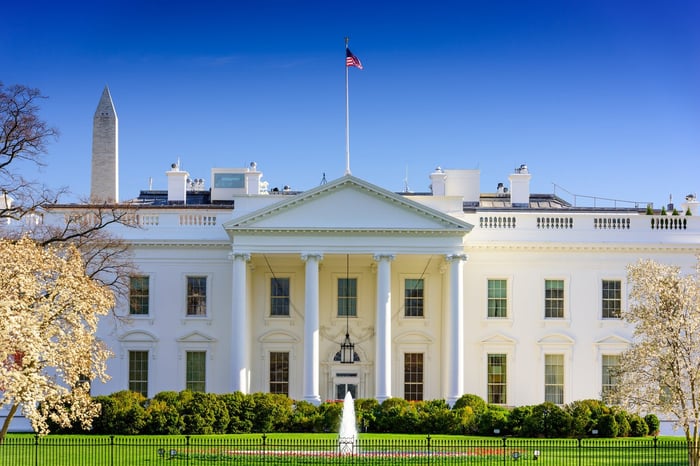 What are opportunity zones?

Historically, it's been tough to get outside investors to devote much capital to opportunity zone areas. As a result, both residential and commercial real estate markets have suffered there, and many of those who had the ability to leave did so. Those who remained faced even more dire prospects.

There are three key tax incentives associated with investing in opportunity zones. First, investors are able to defer paying taxes on capital gains by reinvesting proceeds from the sale of investment assets into qualified opportunity funds. The deferral can last as long as 2026.

Second, for long-term opportunity zone investments, some capital gains liability from the initially reinvested funds goes away. Specifically, after five years, 10% of the original capital gains is essentially forgiven for tax purposes. After seven years, that goes up to 15%.

Can you invest in opportunity zones?

Under the terms of the tax break, anyone can invest in opportunity zones. However, as a practical matter, it's far easier for a small class of wealthy investors to find opportunity zone investments.

Securities laws limit the ability of financial companies seeking investment capital to accept money from all interested investors without jumping through regulatory hoops. In particular, because most opportunity zone investment funds don't want to go through the process of registering their offerings with the U.S. Securities and Exchange Commission, funds typically limit participation to accredited investors.

Obviously, that leaves out a large number of potential investors. Some managers have sought ways to open up opportunity zone investment to a wider range of investors, but the risks of running afoul of securities laws are high.

If President Trump wins reelection, he's signaled his intent to expand opportunity zones. That likely means designating more areas as eligible for the tax break, rather than focusing on trying to open up investment opportunities to more investors.

Unfortunately, that means that many regular investors won't get any added tax benefit from the opportunity zone provisions. For those accredited investors who do qualify, however, incorporating opportunity zones into your tax planning could offer huge benefits to reduce your tax bill.