There's an income tax, and then there's a wealth tax. If you work a job, you're probably no stranger to the income tax. But the wealth tax is a foreign concept for many, focusing primarily on a person's net worth.

If you're on the journey to building wealth, here's what you should know about the wealth tax and how it could potentially affect your net worth. 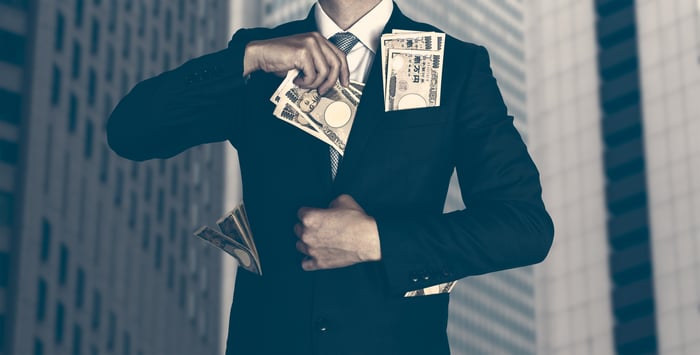 A breakdown of the wealth tax

That's generally how a wealth tax works. But various governments around the world can have their own version of what's calculated in the wealth tax formula. It's possible that specific assets or liabilities can be excluded from the wealth tax calculation or that different assets can receive special tax treatment.

Taxing wealth around the world

Countries might assess a wealth tax -- once, annually, or sporadically --  when assets reach a certain minimum threshold or when assets are transferred to someone else.

There are various versions of the wealth tax around the world. Colombia, Norway, Spain, Switzerland, and France were among countries that collected revenues from net wealth taxes on individuals in 2019, according to the Tax Foundation.

Although there have been proposals to implement a wealth tax in the United States, nothing has been set in stone. The United States has always favored income tax, using a progressive tax system to tax those with higher incomes at higher federal income tax rates.

Taxing income in the United States

The federal tax rates in the United States include seven tax brackets, which are based on a taxpayer's filing status and taxable income rather than absolute wealth. Taxes are typically collected throughout the year via payroll withholding, with any remainder due upon filing a tax return. The highest-income individuals could see an ordinary tax rate as high as 37%.

What a true wealth tax could mean

Many wealthy individuals in the United States have been able to bypass excessive income taxes by using various tax planning strategies. But a wealth tax could eliminate some of those loopholes.

Essentially, a wealth tax is a way to redistribute wealth and not have a massive amount concentrated in the hands of a few individuals. The rising wealth inequality in the United States has spurred the debate over income tax versus wealth tax. But no matter where the coin lands, make sure you are in the know so you can make the best decisions for your wealth portfolio.