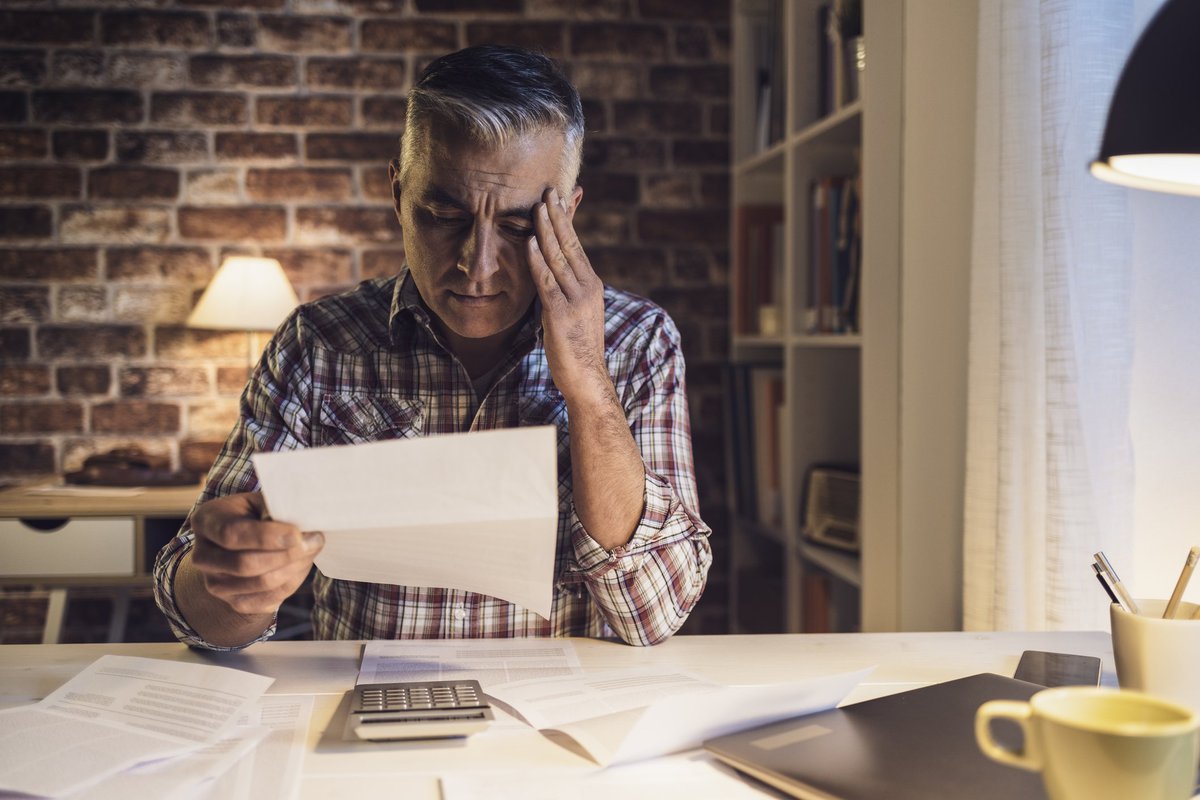 It's official -- most Americans are stressed about their finances. According to the National Foundation for Credit Counseling (NFCC), 71% of Americans report having some sort of money trouble. That's nothing new, as the NFCC has been tracking this since 2014, and the number of people with financial concerns has never dropped below 70%.

To learn which personal finance problems weigh most heavily on people's minds, let's look at the five most common of them. With each, I've included the percentage of Americans who chose it as their biggest money worry.

There's no competition when it comes to the most widespread worry: 30% of Americans are afraid that they're not saving enough, making this worry three times more common than any other on this list.

To be more specific, consumers are concerned about either not having enough money for retirement or not having a large enough emergency fund. Of these subcategories, more people were worried about an insufficient retirement fund, but there was only a 3% difference between the two groups.

Unfortunately, this isn't just people being paranoid. In the NFCC's survey, 26% of consumers reported that they weren't saving any of their income for retirement. We've also found that 72% of Americans aren't confident that they could miss more than two paychecks before having trouble meeting their financial obligations. If you're in either of those situations, then finding ways to boost your savings is a must.

Job concerns were split evenly, with 5% of Americans worried about losing their jobs while the other 5% worried that they wouldn't be able to find well-paying jobs.

These are both understandable, because they involve situations that are at least partially out of your control. You could lose your job through no fault of your own if your employer can't afford to keep you on, and if you're looking for a job, there's always the chance that you'll have trouble finding one that pays enough.

However, another reason why so many people are worried about keeping or finding their jobs ties back into having insufficient savings. If you have enough in your bank accounts to cover at least six months' worth of expenses, it helps alleviate those job worries.

Life gets much more stressful when you're wondering whether you'll have enough money to cover your bills each month. Here are some of the specific bills that consumers mentioned being worried about:

Whenever possible, you want to avoid this problem before it begins. Monitor your spending so that you live within your means and be careful about how much debt you take on. Credit card debt, in particular, is one type of debt that you should avoid at all costs.

If you're currently having trouble paying your bills, the first thing to do is make a budget to find out whether you can afford all your payments, provided you manage your spending well and possibly cut some unnecessary expenses. You should also look into which debt repayment methods may help you, such as debt consolidation.

For consumers without good credit, credit scores are a natural worry. They're a complicated subject, and many don't know how credit scores are calculated or why certain things make these scores go up or down. But you don't need to be a credit expert to have an excellent score. The two most important components are simply paying all your bills on time and not using more than 20% to 30% of your available credit.

Lack of access to credit is frustrating to deal with. You don't have the credit history to qualify for most credit cards, but the fastest way to build your credit history is to get a credit card. The good news is that there are options for getting a credit card with bad or insufficient credit, such as secured credit cards or applying with a cosigner.

Rounding out the list is an inability to afford health insurance. This isn't a widespread concern, especially because almost half of all Americans have health insurance through their employers. But certain groups are still prone to this worry, including the self-employed, the unemployed, and senior citizens.

Health insurance isn't usually cheap, but being uninsured is risky and can cost you a fortune if you ever have any medical issues. It's best to shop around to see what plans you can choose from and make some room in your budget to afford one. Keep in mind that there is also a premium tax credit available so that those in lower-income brackets can get a break on health insurance premiums.

If you've been dealing with financial stress of your own, then you probably saw some familiar concerns on this list. Although it's normal to have the occasional money worry, the best way to deal with this is to figure out a plan of attack and solve the problem for good.