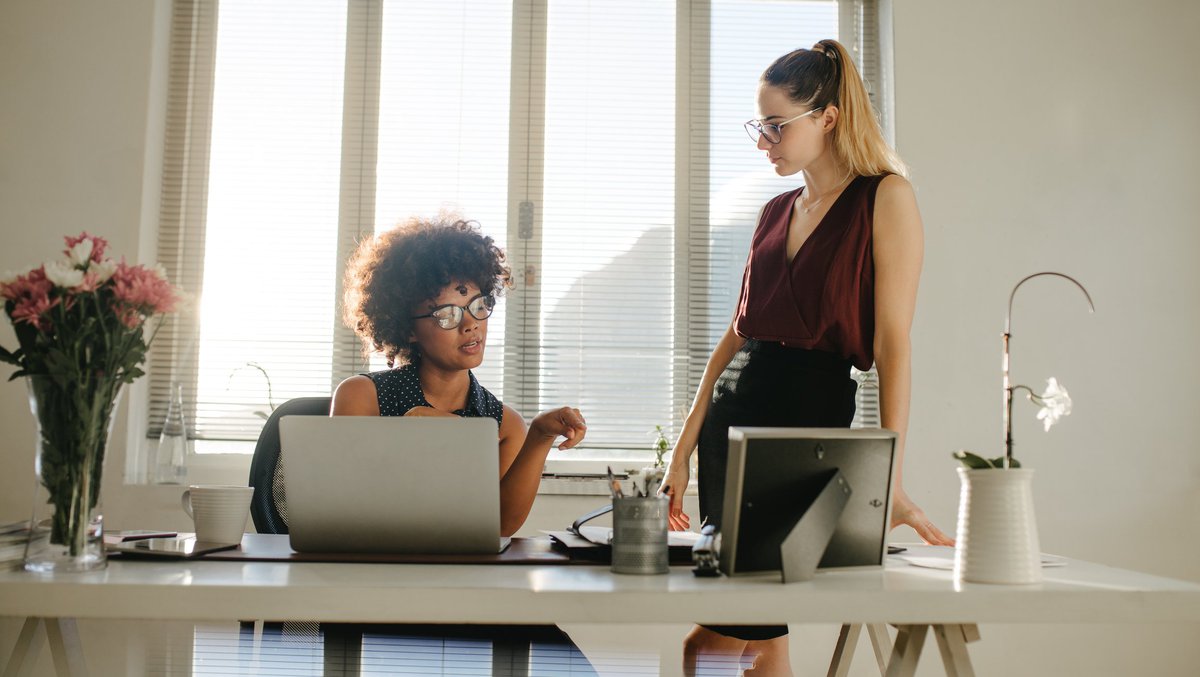 The wage gap is real, and it's hurt some of us in the past.

The wage gap is real, and it's hurt some of us in the past.

It's easy to write off the gender wage gap as a myth perpetuated by scorned women looking for something to complain about. But in reality, there's hard data behind it.

Now, you'll hear different versions of what that gap looks like, but job site Glassdoor reports that women earn just $0.79 for every dollar earned by their male counterparts. That's a huge discrepancy that can compound over the course of a woman's career.

All told, the gender pay gap is said to cost female employees $500 billion annually, and it extends all the way up to women at the executive level, who are reported to earn just $0.94 per dollar taken in by men at similar stages of their careers.

The wage gap is a funny thing. It's right there in our faces, yet there are plenty of folks who deny it. Or they're like some of my extended family, who fully support men earning more. After all, a woman's place is in the home, wiping snotty noses and looking after her man.

Call me the black sheep, but there's never been a time when the gender gap was far from my mind. I began my career at a time when we were all convinced that the Equal Rights Amendment (ERA) would be ratified by every state, and pay would improve for women across the U.S. Yet there are still 13 states that have not ratified the amendment, and wages have improved so slowly that the change is nearly imperceptible. In fact, the gender wage gap narrowed by only 2 percentage points between 2008 and 2017, according to Bureau of Labor Statistics data analyzed by The Ascent.

My early career was spent working for Fortune 500 companies, and it didn't take long to figure out that I was considered "less than." I knew the men I worked with felt they deserved a higher wage. As a female, I might get pregnant and leave my job, whereas they were sure to stay the course.

Like millions of women before me, I turned my attention to my spouse's career, doing anything I could to help him climb the ladder and thrive. And as an educated, 21st-century female, I have a hard time writing those words. For me, the worst part is looking back and wishing I'd fought harder for the wages I deserved.

Women have a reputation for leaving work to take a child to the doctor or look after a sick parent, but what does that reputation say about us? It says that we're dedicated to the people we care about. It says that we can dual-task, which from an employer's point of view, should shine brighter than the ability to sit in the same spot for 40 to 50 hours a week.

When passing a female over for promotion is justified by saying she has too many other obligations, I want to scream. What that attitude ignores is our ability to do 14 things at once. Because of the way our brains work, women have always been able to balance a baby on our hip while stirring a pot over a blazing fire and making sure our older children aren't carried away by a tiger.

So here's the advice I would give my younger self: The moment you figure out you're being paid less than a male colleague doing the same work, address the issue. The day you realize that you're doing more work than anyone else in order to make the entire department look good, address the issue. It may be hard, but not as hard as looking back with regret.

The gender pay gap hit me shortly after I graduated college -- a time when I was busy focusing on building savings, paying off my loans, and trying to figure out what I really wanted to do when I grew up. I took a job at a hedge fund where I quickly climbed the ranks, going from lowly trading assistant to managing a trading desk -- a trading desk where all of the traders were male.

The problem? I was the lowest-paid person on that desk, save for my assistant who was also female. I argued on multiple occasions that I deserved a different compensation setup -- I was effectively overseeing these traders, to some degree, and often had to intervene on their behalf to get deals to close (a responsibility that should not have fallen on me to the extent that it did). I was essentially told to back off and be grateful that I was earning what I was, which, admittedly, was a decent salary for someone my age.

I did back off for a while, until I got to know more people in the industry -- predominantly men -- who held similar positions to mine. It didn't take me long to learn that they not only earned more for doing pretty much the same job, but were also entitled to a far more generous bonus structure.

I raised the issue again, but nothing came of it. So I accepted the situation for what it was, mostly because, if I'm being honest, my earnings at that point still well exceeded my expectations. Plus I didn't want to risk that setup until I was more established financially with a healthy savings cushion. After a few years, I left that job and industry to pursue a more creative field -- writing. My experience in that field has, to date, been far more positive from a gender equality standpoint.

To those of you who are stuck earning less than your male counterparts, I say this: Dig up salary data for your industry and put it in front of your managers. Prove that you're being underpaid rather than just moaning about it. You may get denied the raise you're after, but that's better than not trying at all.