It's time to stop being silent about it.

For years, women have bemoaned the fact that they earn substantially less than their equally qualified male counterparts. The disparity is so egregious, in fact, that it costs female workers a whopping $500 billion per year, according to the American Association of University Women.

Of course, feeling inadequately compensated at work can lead to feelings of job dissatisfaction and poor performance among employees, which is why it pays for companies to regularly review their pay practices and develop compensation strategies that aim to not only treat workers fairly but take gender out of the equation. At the same time, women who feel they're being paid unfairly need to step up -- and speak up -- rather than let this dangerous trend continue. 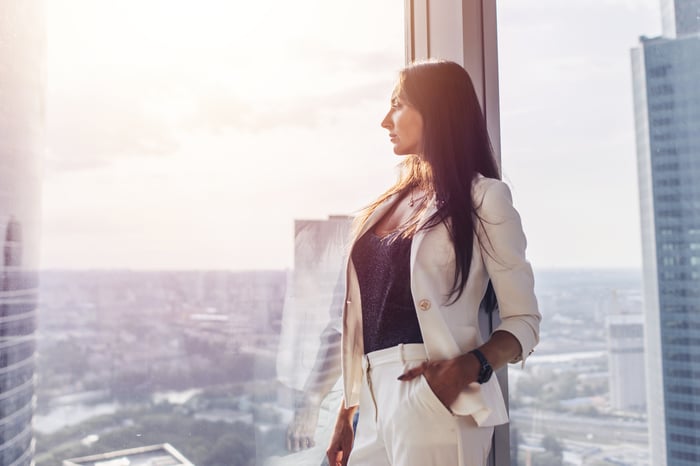 Make your case, but tread lightly

If you have reason to believe you're being paid less than your male counterparts, don't just sit back in silence. At the same time, tread carefully when accusing your employer of perpetuating a gender pay gap.

Before you do or say anything, conduct some research to see what the typical worker in your geographic region with your job title and qualifications makes, and compare that figure to your salary. If your earnings come in much lower than average, that's reason enough to make the case for a raise.

The next part is trickier, because to prove that your company is paying women less than men, you'll need to find out what your colleagues are making. And if your company has a policy that prohibits employees from talking salary, you could end up putting your job on the line in an effort to advocate for fair pay. However, if you're able to come upon that information and it highlights a clear discrepancy between male and female wages at your company, you can take that information to people who might be able to help you.

Rather than starting with your boss, however, start with HR. Chances are a human resources professional will be more receptive to that discussion than someone who isn't trained in the art of managing people and policies. If that's not an option, you might seek outside advice, whether from a lawyer who focuses on employment matters or the Equal Employment Opportunity Commission.

If you are going to broach the topic with your manager, focus on talking up your skills and presenting a solid case for a raise rather than accusing your company of gender discrimination. And if you are going to throw the words "wage gap" around, do so respectfully and diplomatically. Make it clear that you're not looking to start a riot but rather are disturbed by the data you've collected and want to ensure that you're being paid fairly.

Also, avoid making this a general female issue -- meaning focus on your own pay inequality rather than that of your female colleagues. Chances are you're only equipped to fight one battle at a time, and if you stick to that plan, you're more likely to be successful.

In an ideal world, the wage gap wouldn't exist. But if you feel that your company's pay practices are unjust, don't just stay silent about it. If you don't fight for better treatment and compensation, you're the one who's going to lose out in more ways than one.