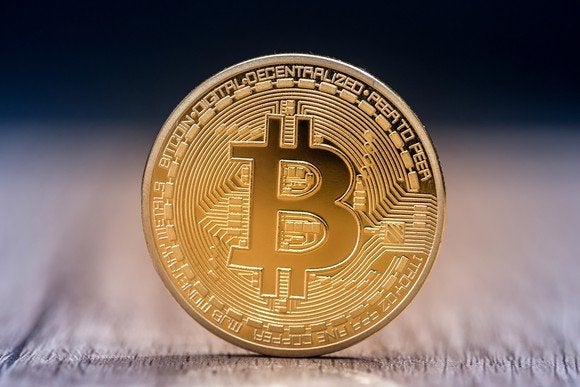 Bitcoin's carbon footprint is the same as Egypt, here's why.

"We are concerned about rapidly increasing use of fossil fuels for Bitcoin mining and transactions, especially coal, which has the worst emissions of any fuel," he tweeted.

Musk went on to say, "Cryptocurrency is a good idea on many levels and we believe it has a promising future, but this cannot come at great cost to the environment." He said Tesla would hold the Bitcoin it owns until mining transitions to more sustainable energy. It is also looking at more energy-efficient cryptocurrencies.

The world's first cryptocurrency has risen over 400% in the past year. Part of that jump was fueled by Tesla's announcement that it had bought $1.5 billion worth of Bitcoin and that people would be able to use it to pay for Tesla cars.

Is Bitcoin really bad for the environment?

Bitcoin has a large carbon footprint. Some argue it consumes a fraction of the energy required to power the existing banking or gold mining systems. But that doesn't change the fact that it takes a lot of energy to mine Bitcoin.

According to a Cambridge University report, Bitcoin uses 147 terawatt-hours per year. That's almost as much as a country like Egypt which has a population of 100 million people. Bitcoin accounts for 0.68% of the world's total energy consumption.

Why is Bitcoin so energy intensive?

To understand why Bitcoin uses so much energy, we need to look at how it is mined and how it protects itself against fraud.

The idea of decentralization is crucial to Bitcoin. It doesn't need a bank, government, or any individual working behind the scenes to secure it, Bitcoin secures itself. It does that with something called proof of work (PoW).

Its sophisticated database of transactions is maintained through blockchain technology. That database is built from lots of individual blocks. The blocks in the chain are connected. Together they validate new transactions and so prevent fraud. It's called a consensus model.

That's where miners come in. They can receive Bitcoin rewards for verifying the transactions in the blocks. But there's a built-in time constraint so the miners can't flood the market with Bitcoin: Miners also have to solve a complex puzzle to be able to add a new block

By design, only one new block can be mined every 10 minutes or so. Miners use powerful computers to solve the puzzle -- and the more mining power at work, the harder the puzzle becomes.

The problem is that as Bitcoin has become more valuable, so the number of miners has increased. The more profitable it becomes to mine Bitcoin, the more energy will be spent on it. It's built into Bitcoin's DNA.

Are all cryptocurrencies built that way?

Bitcoin is the most energy intensive of all the digital currencies. And a number of cryptocurrencies use different -- more sustainable -- ways to secure their blockchain. For example, several use the proof of stake (PoS) method to validate their transactions. Only people who own a set amount of the currency can mine new coins. That restricts the amount of computing power involved in mining.

The second-biggest cryptocurrency, Ethereum (ETH), currently uses PoW, but is in the process of upgrading to a PoS model. This would make it faster and more efficient.

Here are three other big cryptocurrencies that already use a lot less energy:

If you're considering buying these or any other cryptocurrencies, check out our list of top cryptocurrency exchanges. These investments are highly volatile, so it makes sense to only invest money you can afford to lose.

It's also worth researching any coin before you buy it. Look at the people behind the cryptocurrency and what problem it is trying to solve. Be aware that there's a lot of hype around cryptocurrencies right now. Some may deliver huge returns, but others may fail completely -- no matter how small their carbon footprint is.