If You Bought $1,000 Worth of Bitcoin a Year Ago, Here's How Much You'd Have Today 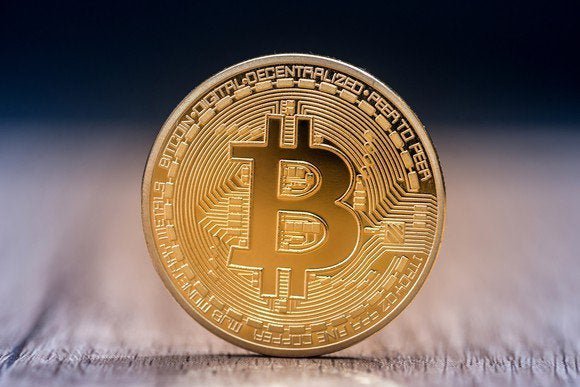 Bitcoin has beaten the stock market, but you might be shocked by how much.

It's been a wild ride for Bitcoin throughout its 11-year history, and that's been especially true over the past year. Not only did the COVID-19 pandemic drive Bitcoin's price lower initially, but it also seems to have helped accelerate investor interest in the leading cryptocurrency.

Here's a look at how Bitcoin has performed for investors over the past year and what has driven its performance.

I won't keep you in suspense. Bitcoin has increased in value by 612% over the past year, as of this writing. This means that a $1,000 investment in Bitcoin made one year ago would be worth just over $7,100 now.

During the same period, the S&P 500 index, which is generally considered to be the best gauge of overall stock market performance, has delivered a 50% total return. Several stocks have doubled and tripled over the past year as the market rewarded companies that benefited from the stay-at-home economy. But there are very few stocks that have delivered returns in the same ballpark as Bitcoin. So, it's fair to say that Bitcoin has been a big success as an investment over the past year for buy-and-hold investors.

Why has Bitcoin performed so well?

Obviously, we can't go through every positive Bitcoin news item that has happened over the past year. But there have been three big themes that seem to have driven Bitcoin higher.

How much higher could Bitcoin go?

Here's the billion-dollar question. If Bitcoin ultimately gains mainstream adoption as a currency or ends up becoming a mainstream store of value (digital gold), there's a solid case to be made that Bitcoin could ultimately rise to $500,000 or even more. On the other hand, if the mainstream-use case doesn't pan out, or if investor interest starts to fade, it could go the other way just as easily.

The bottom line is that no investment that can deliver 7x returns in a year is without significant volatility and risk. If you're looking to buy Bitcoin or other cryptocurrencies, make sure you know what you're getting into.

The Motley Fool owns shares of and recommends Bitcoin.

Matthew Frankel, CFP has no position in any of the stocks mentioned. The Motley Fool owns shares of and recommends Bitcoin, PayPal Holdings, and Tesla. The Motley Fool recommends the following options: long January 2022 $75 calls on PayPal Holdings. The Motley Fool has a disclosure policy.
Many or all of the products here are from our partners that pay us a commission. It’s how we make money. But our editorial integrity ensures our experts’ opinions aren’t influenced by compensation. Terms may apply to offers listed on this page.