If you use Capital One Investing to trade stocks, your account will be moved to E*Trade later in 2018. Here's why more mergers and acquisitions are in the cards for the online discount brokerage industry. 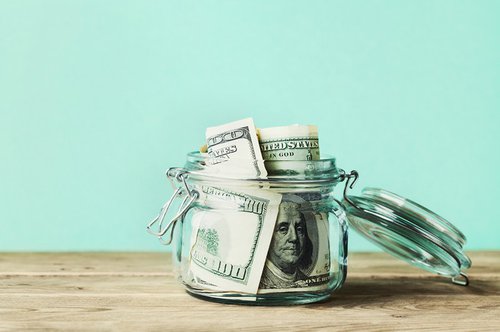 Investors who use Capital One's (NYSE:COF) brokerage to place trades will soon find their accounts at E*Trade (NASDAQ:ETFC). It's the latest deal in the discount brokerage industry, where companies are pairing up in an effort to survive and thrive in a world where commissions are racing toward zero and upstarts like Robinhood threaten the business of paid-for stock trades altogether.

E*Trade is buying more than 1 million self-directed brokerage accounts from Capital One Investing, meaning taxable accounts or IRAs that clients manage on their own, for example. Notably, the deal doesn't involve small-business 401(k) plans administered by Capital One.

On its conference call, E*Trade CEO Karl Roessner described it as "essentially an account scrape." In short, if you currently use Capital One Investing, you'll likely go to bed one night as a Capital One Investing customer and wake up the next day as an E*Trade customer.

Your assets (cash, stocks, etc.) will move automatically, as will certain account history and other information, according to a notice issued by Capital One. The official move will happen later in 2018, though no firm timeline is in place right now. Until then, customers can continue to use Capital One Investing just as they always have.

If you want to move your account to a different broker before the move to E*Trade, keep in mind that Capital One Investing charges a fee of up to $75 to transfer your account. (For what it's worth, a full transfer of an account out of E*Trade also carries a $75 ACAT fee, so there's no reason to rush to find a new home for your account.)

Why Capital One customers are moving

Realistically, brokerage was never really a big business for Capital One. Before it was Capital One Investing, the brokerage service operated under the name ShareBuilder, which came along for the ride when Capital One acquired online bank ING Direct in 2012.

Capital One's brokerage has a lot of accounts, but its clients tend to have less in assets and trade less frequently than clients of competing brokerage services. The average Capital One Investing account makes roughly one trade per quarter, whereas E*Trade's brokerage accounts place about four trades per quarter. Likewise, the average Capital One Investing account has no more than $18,000 of assets, whereas the average E*Trade account has more than five times as much, or about $93,600 at the end of the fourth quarter.

The deal makes sense for both E*Trade and Capital One. E*Trade will acquire more than 1 million customers in one fell swoop at a price less than what it typically spends to sign up a new customer, according to conference call commentary. Capital One will part with an ancillary business that is a mere rounding error compared to its credit card and commercial banking units.

In the last few years, we've seen a number of mergers and acquisitions among online discount brokers. Smaller brokers are selling out as commissions decline and rivals look to scale in a bid to generate better margins at lower price points. Some of the biggest deals are included in the table below.

Charles Schwab and Fidelity really turned up the heat on competitors last year when, in a series of back-and-forth commission cuts, they ultimately dropped commissions to $4.95 per online stock trade. As rivals made noise by slashing commissions, TD Ameritrade and E*Trade had little recourse but to join in, reducing standard stock commissions to $6.95 per trade.

On a long enough timeline, it appears that commission prices will ultimately go to zero. Some brokers can afford to compete aggressively on price, including Schwab and Fidelity, which derive most of their revenue and profit from fee-based services and traditional banking operations. TD Ameritrade has made moves to shift toward products and services that generate recurring revenue in light of commission declines, most recently by reworking its list of commission-free ETFs.

Many believe that the brokerage industry is only in the early innings of a merger and acquisition spree. The Wall Street Journal reported last year that E*Trade's executives were given an ultimatum: Meet growth targets or the board will consider strategic alternatives, including selling the brokerage.

On its fourth-quarter conference call, one analyst asked E*Trade management if recent deal announcements might stand in the way of a possible sale of the business. Roessner responded that they would not, saying, "I like both of these deals, and I think, you know, whoever the ultimate shareholders are of this company, they're going to like them, too."

Should you stick with E*Trade or find a new brokerage?

Whether E*Trade is a good fit for you is largely a personal decision. We recommend that you at least read about the pros and cons of the various brokerages before making a decision. Our experts have compiled full reviews on all of the major brokers and ranked them based on all the important criteria. Visit our Best Online Stock Brokers page for more information.