The 5 Most Popular Credit Card Companies 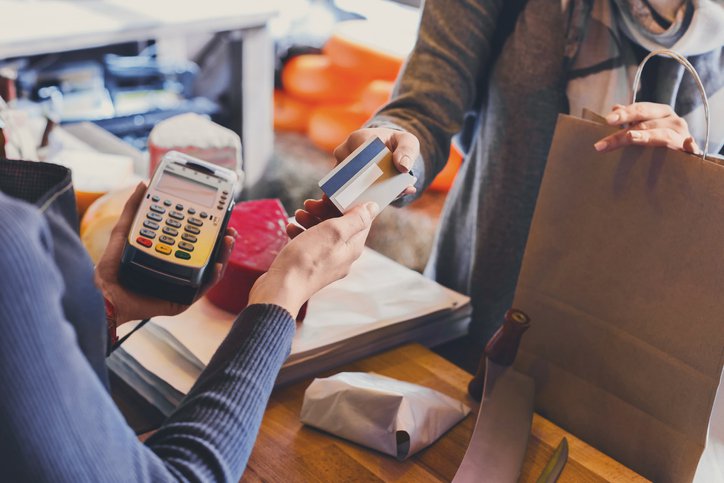 How do American Express, Capital One, Chase, and other credit card companies rate in terms of popularity? We've got the answers.

Here are the top five credit card companies, their share of outstanding credit card balances, and what makes them so popular with consumers.

Chase takes the top spot, and it's not a very close race: It's ahead of the second-place card issuer by 5%.

Although 5% may not seem like a lot, it is when you're talking about outstanding balances. Credit card debt statistics show that total balances reached a peak of $930 billion by the end of 2019.

Chase credit cards, especially the rewards cards, are among the main reasons for its success. Chase has excellent travel rewards and cash back cards, and its Chase Ultimate Rewards program is arguably the top credit card rewards program.

Another factor helping Chase is that it's the largest bank in the United States. Consumers often stick to one company for their financial products, so having more banking clients can lead to more credit card clients as well.

Second place belongs to Citi. That's in large part due to the extensive selection of Citi credit cards.

You can find Citi cards for earning either cash back or points in its Citi ThankYou Rewards program, which offers a variety of travel redemption options. Citi also has cards for building or rebuilding credit. And it offers quite a few co-branded credit cards with partners that include Costco, American Airlines, AT&T, and Expedia.

Like Chase, Citi has a strong banking department. It ranks in the top four biggest banks in the United States.

Considering how well-known American Express cards are, it's surprising that the card issuer doesn't rank higher. It has a lot in common with Chase and Citi: quality cash back and travel cards, co-branded cards with popular partners, and a top-notch rewards program with American Express Membership Rewards.

There are a few likely reasons why American Express is in third place:

Bank of America is another example of how a strong banking department can bring in more credit card applicants.

It's the second-largest bank in the United States. It excels most at incentivizing clients to open multiple financial products through its Preferred Rewards program.

Customers get into this program by meeting average daily balance minimums across their Bank of America accounts and Merrill investment accounts. There are three tiers: Gold, Platinum, and Platinum Honors. Each tier has several valuable perks, including a rewards bonus on all transactions with Bank of America credit cards.

Number five is Capital One, which attracts cardholders with a combination of simplicity and affordability.

A big selling point of Capital One credit cards is that they're easy to understand. Several of its most popular cards offer the same rewards rate on every purchase. Redeeming rewards is also a breeze, as even its travel credit cards let you redeem miles at a fixed rate toward any travel purchase.

Capital One doesn’t charge huge annual fees. It currently doesn't have any cards that cost more than $95 per year.

The best of the rest

Here are the credit card companies rounding out the top 10, and each one's percentage of outstanding credit card balances:

That adds up to 81.3%, and the remaining 18.7% was spread across all the other credit card companies.

If there's one thing that's clear from these numbers, it's that most of the credit card market belongs to just a handful of card issuers. On a positive note, that also leads to intense competition among credit card companies, so they're often improving their best credit cards and their bonus offers to the benefit of consumers.