But if you're thinking about applying for that perfect Chase credit card, here are seven things you should know before hitting the submit button on your application.

(Note, not all of these are explicit rules from Chase, but there are enough public data points to call them "guidelines" that you may want to consider before applying.) 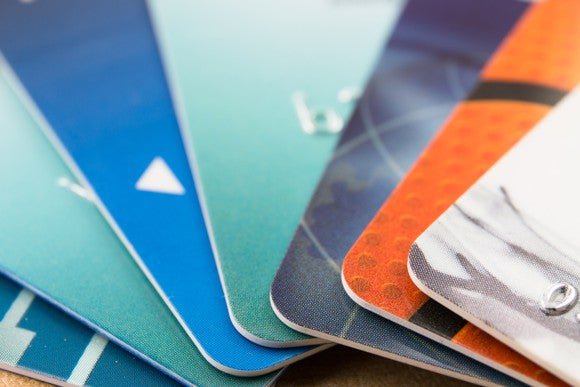 1. You might not be approved for most Chase cards if you have opened five or more bank cards in the last 24 months.

There's been a lot of internet chatter about the 5/24 rule, where Chase will likely decline an application when cardholders have applied for five or more credit cards in the past 24 months. The rule appeared briefly on Chase's website when it initially released the Chase Sapphire Reserve®, which offered a sign-up bonus of 100,000 Ultimate Rewards points that's worth up to $1,500 in travel.That's a huge sign-up bonus even considering the big annual fee on the card and Chase didn't want people to sign up only to capitalize on that bonus. The 5/24 rule also applies to many other Chase cards.

2. Chase may only approve you for two credit cards every 30 days.

Again, in an effort to curb people trying to game the system and churn bonus offers, Chase will typically only approve customers for two credit cards per 30-day rolling period. So, if you have your eye on several different Chase credit cards, be sure to space out your applications. Besides, you'll have more time to meet the spending requirements to qualify for the lucrative sign-up bonuses.

3. Chase may deny an application if you've received the sign-up bonus on that card within the last 24 months

Chase used to simply deny customers a second bonus within 24 months of receiving their last sign-up bonus on a specific credit card. Now, it may deny applicants for the card outright. It added the following wording to its credit card information pages: "This product is available to you if you do not have this card and have not received a new cardmember bonus for this card in the past 24 months." This is one rule to consider not only when applying for a card, but if and when you're considering cancelling the card.

4. Customers may only hold one Sapphire branded credit card at a time

The Chase Sapphire Preferred® and Chase Sapphire Reserve® are two of Chase's most popular credit cards. But customers can no longer sign up for both cards at the same time. Despite some overlapping benefits for the two cards, cardholders could receive a sign-up bonus on each. The rule also applies to the no annual fee Chase Sapphire credit card as well. This is another rule that helps Chase combat those looking to game the system.

The 24 month bonus rule also applies to both the Chase Sapphire Preferred® and Chase Sapphire Reserve® sign-up bonuses. If you've received either in the last 24 months, you may not be approved for either Chase Sapphire credit card.

5. Chase may match you to higher sign-up bonuses within 90 days of approval.

If you're worried about signing up for a credit card now because you think a better offer might come along later, don't be. Chase is very good about matching new customers to higher bonus offers if they come along shortly after customers sign up. So, if you sign up for a 50,000 point offer, for example, and two months later Chase offers customers 60,000 points for the same credit card, you can ask for those extra 10,000 points.

You just have to call or send a message through Chase's secure messaging service, and you can be considered for the bonus match but there might be additional spending requirements in order to receive the higher bonus. Chase's match isn't a written policy, but it generally wants to keep you happy and start your relationship out on the right foot.

7. The "three months" to meet the spending requirements for the sign-up bonus could be longer than three months.

Spending $4,000 in three months to get a 50,000 bonus might sound like a lot, but what if it was closer to four months? Some Chase cardholders have reported deadlines as late as 115 days after applying. At the very least, Chase will give you 103 days following your approval to meet the minimum spending to account for the time it takes to ship the credit card. You just have to call or message Chase to find out by what date you have to meet the spending requirements.

8. Chase will mail your new card overnight if you ask

If you need your card now -- like, right now -- Chase will expedite shipping at no additional cost, and you'll get your card in one or two days. If you have an emergency expense you want to put on the card, or you're worried about reaching the required spending by the bonus deadline, it may be worth it to call and ask.

If you're denied, call the reconsideration department to find out why.

Chase may deny you for any number of reasons. If you're sure it's not one of the reasons listed above (five cards in 24 months, or two Chase cards in 30 days), call the reconsideration department. They'll give you a reason why, and you can ask what you can do to get approved. Sometimes it's as easy as lowering the credit limit on one of your existing Chase cards. Anyway, it doesn't hurt to give them a call: 1-888-270-2127.