Flight Canceled or Delayed? Here's How to Get Compensated for It 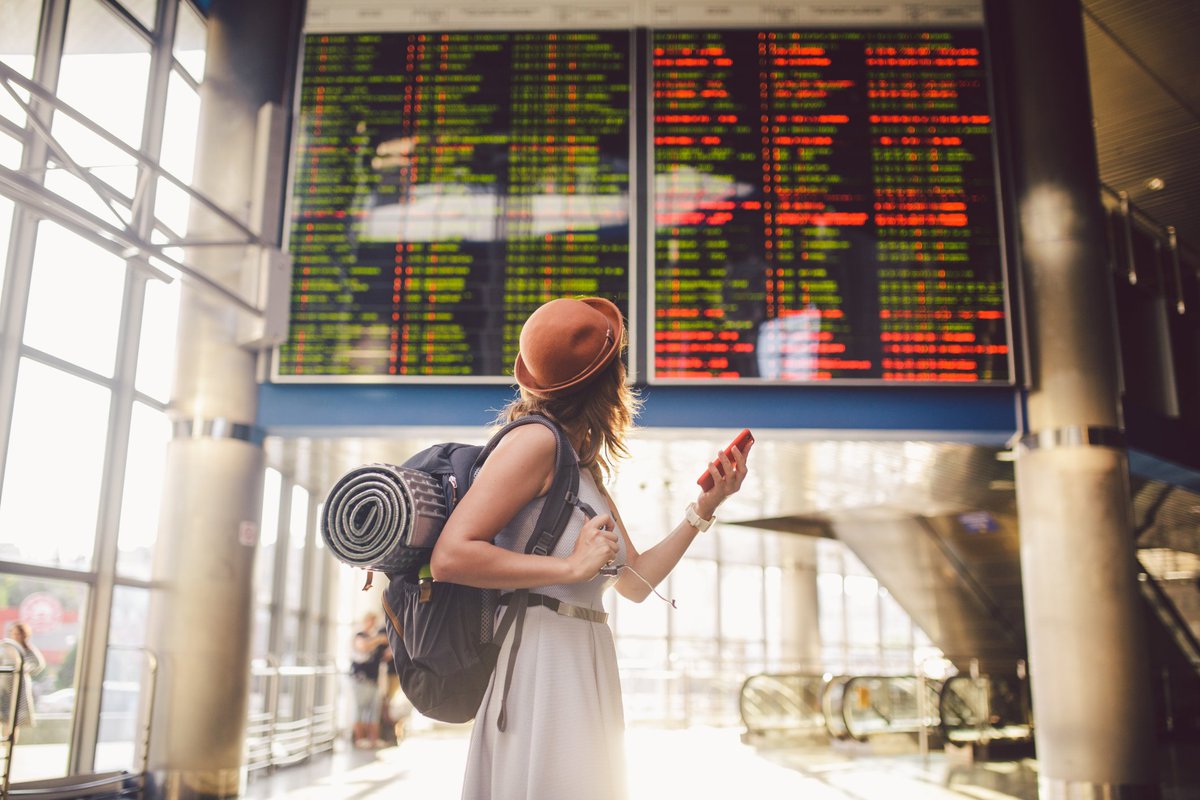 Travelers may be able to get compensation after issues with their flight -- but most won’t take advantage.

Travelers may be able to get compensation after issues with their flight -- but most won’t take advantage.

No matter how fortunate you are, every traveler runs into an issue at the airport eventually. Sometimes it’s a lengthy flight delay or, if you’re particularly unlucky, the airline cancels the flight entirely and needs to rebook you on another one.

Part of what makes this so frustrating is the feeling that you’re being inconvenienced while the airline suffers no consequences. The best most of us can do is swear that we’ll never fly with that airline again.

You may be aware that if you booked using a credit card, you can see if it has any travel protections that will help. But you may not know that, depending on what happened and where you were flying, you could also be eligible to receive financial compensation from the airline. In some cases, you’re even legally entitled to it.

Here’s how to make sure you get as much as you can for your troubles.

The first thing to do is see if there’s any financial compensation that you’re legally entitled to, as some countries do have regulations about this.

The best-case scenario is that you were traveling anywhere in the European Union (EU). EU law has mandatory compensation for cancellations and delays for all flights on EU-based airlines that are within the EU, departing from the EU, and arriving to the EU. Compensation is up to 600 Euros, and you can find out exactly how much you’re entitled to on the EU’s air passenger rights page.

Canada is also rolling out new protections for air passengers with mandatory compensation rules similar to those of the EU. These will go into effect on December 15, 2019.

Unfortunately, the U.S. Department of Transportation (DOT) doesn’t have regulations for compensation on flight cancellations or delays, but it does have mandatory denied boarding compensation. If that applies to you, then you can find about more about your rights on its bumping and oversales page.

For travel anywhere else, you’ll need to check with that country’s aviation authority. You may be able to get paperwork detailing what you’re entitled to from an airline representative while you’re at the airport.

After completing the step above, you’ll find that you’re either entitled to financial compensation or that there’s no mandatory compensation for your situation. Either way, the next step is to contact the airline.

When you do this, you should briefly summarize the situation. Provide your flight information, a description of what happened, and what you’d like from them.

If aviation regulations listed a mandatory amount of compensation for your situation, then you should tell them you want them to pay the amount you’re entitled to. If not, you can make any reasonable request you want, such as a refund of your airfare or reimbursement for any extra expenses you incurred.

See if you’re satisfied with the airline’s response

The airline’s response will almost certainly include the standard "thank you for contacting us" and "we regret the inconvenience," but the important part will be whether they’re going to compensate you or not.

If they will, then you can just tell them where to send the money, and you’re done.

It may not be that easy, though. If they decline, here are your options:

File a complaint with the national aviation authority

The most aggravating situation is when you’re entitled to compensation, but the airline stonewalls you.

Fortunately, this is where the country’s national aviation authority can help. All you need to do is file a complaint with them and provide all the facts of what happened. Assuming you’re entitled to the compensation, the aviation authority should have the airline issue it to you.

Here’s a real-life example of how this works. Iberia Airlines canceled my flight from Madrid to Los Angeles and rebooked me on a flight the next day (and since I booked using my travel rewards, I didn’t have any credit card travel protections I could use). Under EU regulations, I was entitled to 600 euros. But every time I contacted Iberia, they ignored my request and simply apologized for the inconvenience.

Airlines use this strategy because they know most passengers will just give up.

Instead, I filed a complaint with the Spanish Aviation Safety and Security Agency. It took about five months, but eventually Iberia then contacted me for my address and mailed me a check for 600 euros.

The key to getting financial compensation

When you’ve had an issue on a flight, persistence can pay off. Airlines obviously don’t want to pay out more than necessary, even if passengers are legally entitled to compensation. If you’re willing to keep pushing -- and possibly go to the national aviation authority -- you’re less likely to come away empty handed.