Is there really such a thing as good debt? Absolutely -- if taken in moderation. 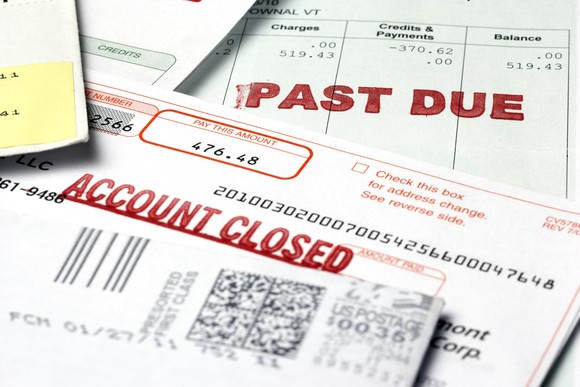 If you're buried under a mountain of debt, the idea that any kind of debt is "good" may sound crazy. But under the right circumstances, debt can have a positive impact on your finances.

"Good debt" is typically defined as debt used to finance something that will increase in value in the future. Mortgage debt is a classic example: You get a mortgage to buy a house today, and in 30 years, when you've paid off that mortgage, the house could be worth two or three times its purchase price. Other examples of good debt include business loans because putting money into your business allows you to expand and increase future profits.

The beauty of good debt is that it's essentially an investment, just like a stock or bond. You're spending money now in the expectation of getting your money back, and perhaps some profit on top of that, at some point in the future. And because you're spreading the payments out over many months or years, you can buy the item you're financing immediately instead of having to wait and save up enough money to buy it all at once. On top of that, good debt tends to carry a relatively low interest rate in the single digits.

Bad debt, on the other hand, finances something that will not return your investment. Consider your car loan: If you borrow money to buy a brand-new car, then the moment you drive it off the lot you've lost a big chunk of its value, and yet you're stuck with paying the initial price, plus interest. Get a $25,000 car loan, and the car may be worth $15,000 or so by the time you've cleared your debt load. Meanwhile, if you spent $25,000 on a stock that ended up being worth $15,000 five years later, then you'd consider that a horrible investment.

That said, a car loan is actually a pretty benign example of bad debt, because you'll be able to use the car during and after your loan repayment period. You may be overpaying for the use of a car, but at least you're getting some value out of it -- especially if you need the car to commute to work.

A far worse example of bad debt is credit card debt. Credit cards are rarely used to finance anything that will return its cost to you. On top of that, the interest rates are staggeringly high -- sometimes above 20%, versus the single-digit rates of most other forms of debt. If you don't pay off your balance in full each month, then the interest payments can quickly get out of hand.

How to use debt

Wise borrowers try to maximize good debt and minimize bad debt. Credit card debt is especially dangerous because of the high interest rates, plus the late fees that can start piling up if you fall behind on your payments. There's no downside to using a credit card to make purchases if you can commit to paying off the card before interest accrues (which is a pretty big "if"). But when you've fallen into the habit of buying things you can't afford by putting them on plastic, you're digging yourself into a deep pit that will cost you a lot of money to escape.

It helps if you try to think like an investor every time you do something that will increase your debt. Ask yourself, "Do I expect to make a profit off this purchase?" If the answer is no, then consider waiting until you can pay cash to buy the item. Of course, sometimes you just can't wait -- for example, if your dog gets sick and runs up a $1,000 vet bill -- which is why an emergency savings account is such a fantastic debt-management tool. If you can pay for that $1,000 crisis out of savings instead of putting it on a credit card, you'll save yourself a substantial amount of interest -- potentially hundreds of dollars.

Remember that it's possible to overuse good debt, too. Just ask all the people who took out enormous mortgages in the mid-2000s and ended up bankrupt after the housing bubble burst. The Consumer Financial Protection Bureau suggests that when deciding on a home mortgage, you limit yourself to no more than a 43% debt-to-income ratio in total. That means that if you add up all of your monthly payments on debt and divide this number by your monthly gross income, the results should be no higher than 43%. Now that's a wise investment.