Travel disasters are costly and stressful, and that's why you need to make sure you're ready in case one happens to you. 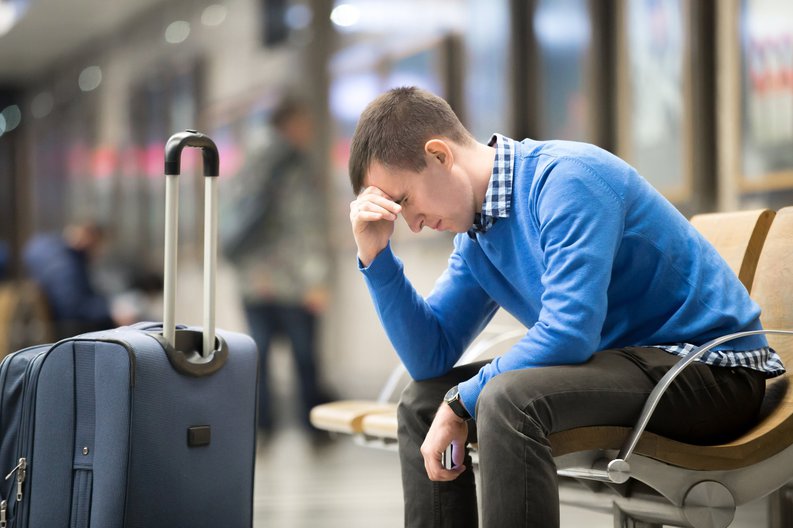 Although any disruption to your travel plans can be frustrating, they're not all created equal. Flight delays are mildly annoying, but most travelers have learned to live with them. Flight cancellations are worse, but the airline will still find a way to get you to your destination (eventually).

But there's a worst-case scenario that's been in the news: The airline you were supposed to be flying with goes belly-up. That's what happened recently to thousands of travelers flying with WOW Air.

To say it was a chaotic situation would be a massive understatement. Let's look at what happened and how you can ensure that you're covered in the event of any travel problems.

How WOW Air's passengers got marooned

If you're unfamiliar with WOW Air, it was a budget airline based out of Iceland. It got quite a bit of attention for its low fares, with one-way flights from the United States to Iceland priced as low as $69. The catch was that just about everything except the seat cost extra, including a carry-on bag, seat selection, a meal, and even water.

Unfortunately for its passengers, the airline abruptly declared bankruptcy and ceased operations entirely on March 28. All of its pending flights were canceled, including the ones scheduled for that day.

To make matters even worse, WOW Air did a poor job of communicating the situation. It originally told passengers that flights were delayed, so people were waiting at the airport with no idea what was happening to their flights.

Those passengers ended up having to purchase tickets from other airlines to reach their destinations. Several who were stranded and didn't have the money to purchase a flight home even set up GoFundMe accounts asking for help. And since WOW Air is bankrupt, passengers may never get a refund from the airline.

How to protect yourself from travel issues

While an airline shutting down out of the blue is a rare occurrence, there are plenty of problems that can arise when you travel. Your flight could be canceled. Your hotel room or vacation rental may not be available. Your airline could lose your luggage.

To protect yourself from these kinds of situations, there are two things you can do:

Considering that many of the most popular credit cards earn rewards, they're a smart way to pay for any purchase, but they're a must when you're paying for travel. Being able to dispute charges gives you some degree of protection should you need to seek a refund that the merchant isn't willing to issue.

Even though there's no guarantee that the dispute will end in your favor, credit card companies work hard to keep their cardholders happy. If you did not receive a service you paid, you have an excellent chance of winning your dispute.

Preparing for the unexpected when traveling

If you do much traveling, odds are you'll run into the occasional problem. Hopefully they'll be minor inconveniences at worst, but as the WOW Air debacle shows, sometimes circumstances outside of your control can leave you in a jam.

Being prepared makes all the difference in these kinds of situations. Travel insurance can pay for expenses you incur, and paying by credit card means you'll have a much better shot at getting your money back should an airline, hotel, or other service provider not live up to their end of the bargain.