How to Dispose of a Credit Card the Right Way 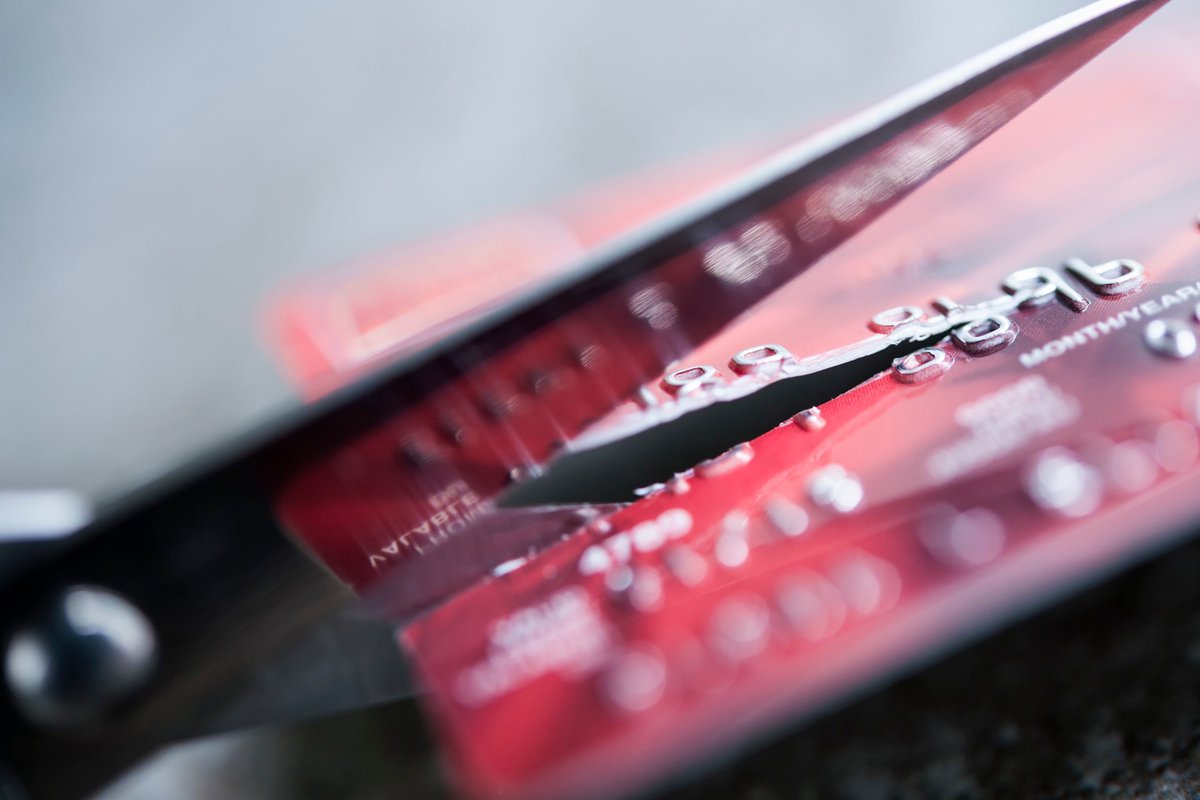 Sooner or later, you're going to have to take scissors or a shredder to plastic. An old credit card of yours will expire, or (in rarer cases) you'll cancel one.

Here's what you should do, in both instances, to dispose of a credit card in such a way that no one fetches it from the dumpster to make mischief -- yes, it happens!

What to do before you dispose of a credit card

If you're canceling, don't plot the destruction of your card right away. It's good to take a few steps in order to ensure that there won't be any outstanding issues with the account. Those moves are:

Whether you're canceling a card or putting an expiring one out to pasture, you'll have to do the fun work of rendering it useless. After all, even with a canceled product you want to be 100% sure it's unusable.

The first step is to demagnetize the stripe on the back of the card. This is where cards have traditionally held their data. Although the strip will eventually be supplanted by the chip cards now commonly in use (hopefully, anyway), there are plenty of holdovers.

Find a magnet, preferably a strong one, and run it over the strip several times. That should neutralize its swiping capability. We should note here that cutting up a card -- more on this in a second -- will also render the strip non-functional, so this step should be considered additional security for the cautious.

Chips are a bit tougher to neutralize. You can cut them with a pair of scissors, or even break them apart with a hammer.

Hold on to that pair of scissors, since the next move is slicing the card. A good way to cut it is to bend the card into at least three pieces, more or less evenly divided among the digits of the card. It's wise to dispose of each piece in different garbage cans so they're harder to find and thus harder to piece back together.

Other ways to dispose of a card

Many paper shredders conveniently have a small slot for payment card shredding. Feel free to avail yourself of this facility, but be alert -- a cross-cutting shredder is what you want for this job. That's because this type of shredder cuts material into confetti-type bits, rather than the slices produced by the traditional strip-cutter.

A number of credit cards, including the Chase Sapphire Preferred® and Chase Sapphire Reserve® cards, aren't plastic at all -- they're made of metal. For obvious reasons you won't be snip-snipping these or getting the shredder to eat them. Instead, you'll physically mail them to your issuer, who will then destroy the card for you.

What to do after you destroy a card

You're not done yet! There is still a very important move to make: Pay the outstanding balance. Yes, your card is gone, but your balance probably isn't. Make sure you take care of this, hopefully by paying on time to avoid any interest being charged.