Interest rate vs. APY vs. APR: What's the Difference? 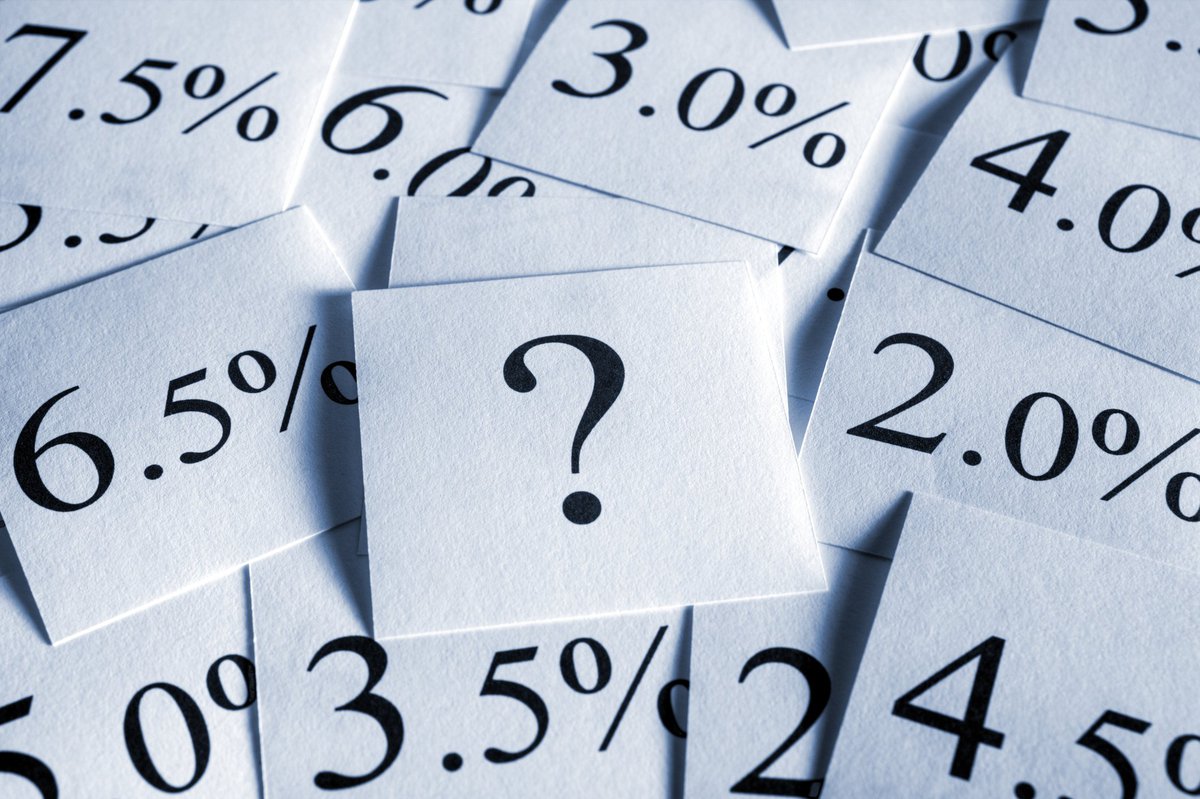 Here's the difference between these three widely-used banking terms

When you're shopping for a mortgage, comparing credit card offers, or opening a savings account, you're likely to come across the financial terms interest rate, annual percentage rate (APR), and annual percentage yield (APY). While many consumers believe these terms can be used interchangeably, they actually have significantly different meanings.

Interest rate is the least complicated of the three terms as it simply refers to the annualized amount of interest you'll be charged for borrowing money (or paid for depositing money), expressed as a percentage of the principal amount.

What is annual percentage rate (APR)?

Annual percentage rate, or APR, is an expression that tells you the true cost of borrowing money. In addition to the interest you pay your lender, APR also takes certain other costs into consideration. For example, if your lender charges an origination fee, it will make your APR higher than the interest rate on the loan.

As a numerical example of how interest rate and APR are different, let's say that you're obtaining a $20,000 personal loan with a three-year term, with an interest rate of 6.99%, and a $500 origination fee. The APR of your loan is 8.67% -- significantly higher than the stated interest rate. In fact, loan interest rates are often referred to as "nominal" interest rates, meaning that they don't reflect the true cost of borrowing.

To be perfectly clear, if there are no other fees associated with a certain loan, the interest rate and APR will be the same. For example, credit card APRs and interest rates are generally the same number.

Because it takes costs such as an origination fee into account, APR can be a great way to make apples-to-apples comparisons among different lenders that not only have different interest rates but charge different origination fees as well.

Let's say that you're shopping for a $20,000 personal loan with a three-year term, as in the previous example, and you've narrowed down your search to two options:

Which is the better option? At first glance it can be difficult to tell, so an APR comparison can help. The first loan option has an APR of 8.99% since the interest rate is the only cost of borrowing the money. After plugging the second loan's numbers into an APR calculator, we see that it has an APR of 8.50%. So even though you'll have to pay an origination fee, the second loan is the cheaper option.

While APR is a term you'll generally see when borrowing money, you may also see annual percentage yield, or APY, when depositing money.

When you deposit money in a bank account, your money will earn interest that is compounded with a certain frequency, such as daily or monthly. While your account's interest rate is expressed as an annual percentage, APY goes a step further and takes the frequency of the compounding into account.

Without getting too deep into the mathematics of APY, here's how this works. Let's say that you open an online savings account that pays you an interest rate of 2%, compounded on a monthly basis. For simplicity, we'll assume that this rate doesn't change for at least a year. Because each month you're not only being paid interest on the principal, but on all of the interest you've earned previously, the account's effective rate of return is about 2.02% -- slightly higher than the 2% nominal interest rate.