Report: Americans Near Retirement Age Have the Most Credit Card Debt 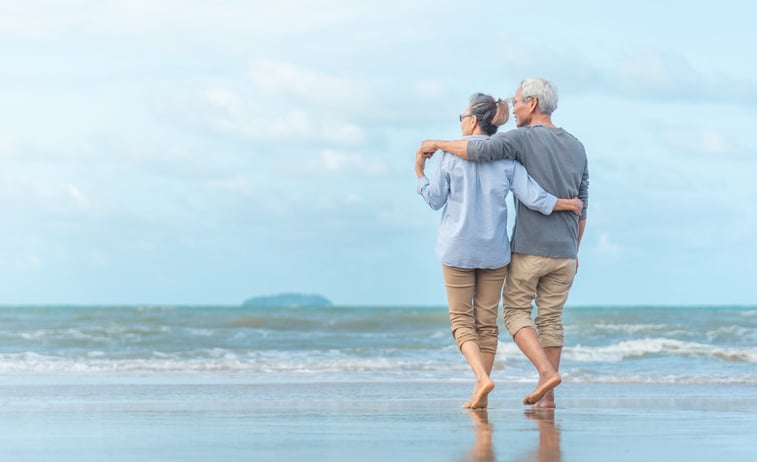 Will it keep them from retiring altogether?

Credit card debt is never a good idea. When you're young, though, it's a lot easier to rebound from financial mistakes.

As we get older, it can be harder to recover from financial hiccups. For example, let's say you're in your 40s or 50s and carry a massive credit card balance. Instead of saving for retirement, your disposable income will go toward paying down that debt and paying interest fees. By the time you hit your 60s, you might not have much to show for the money you earned.

Unfortunately, the highest level of credit card debt belongs to consumers in their 50s, and these balances pose a significant threat to their retirement.

Consumers in their 50s have the most credit card debt

This is particularly alarming, considering that plenty of people between the ages of 50 and 59 are only a decade, or even less, away from retirement age. Credit card debt is one of the most expensive forms of debt and can easily eat away at retirement savings and completely derail retirement plans.

Of course, these numbers don't tell the whole story. Most importantly, they don't account for differences in population size across each age group. Americans in their 50s might have the lion's share of overall credit card debt, but that doesn't mean that they carry the highest balances on an individual basis.

The importance of tackling credit card debt sooner rather than later

If you're in credit card debt, especially if you're approaching retirement age, it's crucial to pay off your debt fast. Paying off a significant portion of your balance early on makes a big difference when it comes to getting out of debt quickly and saving money on interest -- money that can go toward retirement.

Consider the $7,100 average credit card balance that consumers aged 45 to 54 hold. Folks with an 18% APR who make only the minimum monthly payment -- starting at $177.50 per month -- on that balance will end up spending about $10,000 in interest fees. What's more, it would take them over 25 years to pay off that balance, meaning even those on the lower end of that age bracket will be in credit card debt well past retirement age.

Those marginally bigger monthly payments allowed that person to save around $8,000 on interest fees -- money they could instead put toward retirement savings. And thanks to compound interest, those savings go a lot further than you'd think. Let's say the recently debt-free 47-year-old invests that $8,000, it'll amount to more than $30,000 by the time they turn 67, assuming 7% average returns.

Luckily, if you are nearing retirement age with credit card debt, you can still improve your situation. As illustrated in the examples above, the more money you put toward paying off your credit card debt, the better. You might also try to negotiate a lower interest rate, or consider a balance transfer credit card -- both can help you pay off your debt more quickly and save money on interest.

Any extra income you have should go toward your credit card debt -- you'll get a better return from paying that off than you would from saving or investing that money. Once you've paid off your balance, though, you'll really want to double-down on your savings to make up for lost time.

Credit card debt might cause you to retire a little later than you hoped, but if you tackle it now, you can still get on top of your situation.