Some financial advice is immensely valuable… even if you don’t completely follow through on it. 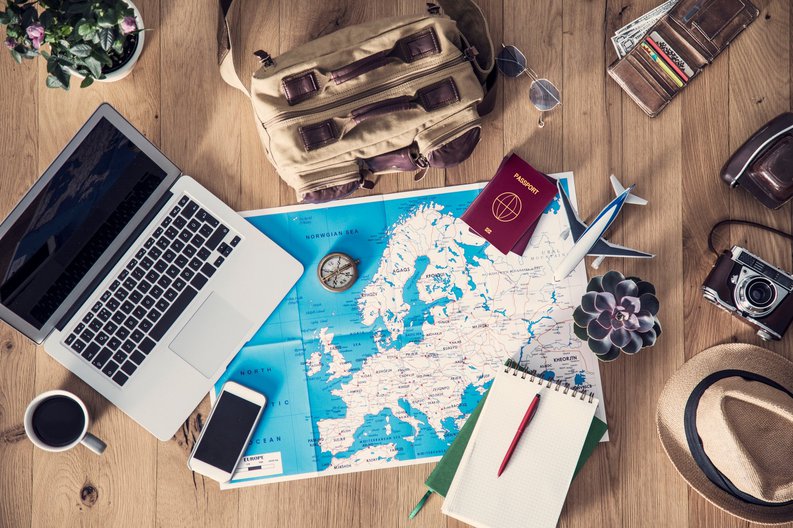 It isn’t very often that you get advice about a piece of plastic that seriously adjusts your thinking. This happened with me nearly 10 years ago, and it was from an unexpected source.

I never fully implemented that helpful tip, to be honest, but it did open my mind to the many -- and ever-growing -- opportunities that arise from judicious credit card use. It shook me out of a passive, swipe-and-pay mindset and got me to focus more strategically on how best to utilize various types of credit cards. Here’s the story.

Not long after I moved back to the U.S. from a long stint in Europe, I was aimlessly cruising around the internet, as we all do from time to time. Eventually I planted myself on the site of a well-known screenwriter in Los Angeles.

He’s quite successful, and he had a post about financial management (always a challenge in a job that generates irregular income like screenwriting). He touched on credit cards, and strongly recommended taking out a travel rewards card. Once that’s done, the writer suggested, put as much of your credit spending on it as possible to accumulate miles to help take care of your travel expenses.

This wasn’t long after I had lived a traveling life in my Europe days, being based in the middle of the continent, and having patches of free time. So that pitch really resonated with me; take out a travel credit card and see the world!

So I dutifully applied for a specialty travel card. The choice wasn’t hard to make; I opted for one co-branded with an airline I had recently flown and had become a member of its frequent flyer program. Yes, there was an annual fee for the card (originally $65, if memory serves), but I figured I would be earning enough miles to cover the cost.

So I was all ready to go! I spent the required amount within the mandated three-month period to qualify for the sign-up bonus miles. From what I recall, that wasn’t quite enough for a free domestic flight that had any serious distance to it, however.

Before long, I have to say I started drifting from that smart writer’s advice. Tempted by good intro bonuses and attractive rewards earning rates, I took out several other credit cards. One was even a travel card that rivaled my original airline card.

So my original reason for grabbing the airline card basically vaporized. I now had cards that produced bonus cash back earnings in certain categories, a high-limit card for bigger spends, another one that had a 0% intro APR for 12 months, etc. etc.

Not surprisingly given this diffusion, it took me over a year to earn enough miles on the airline card to score a bonus ticket for a Los Angeles-New York round trip flight. And that 2010 trip is the only time I’ve directly used my earnings for a flight ticket; these days I have nearly 40,000 miles on that program but have yet to leverage that into a flight.

The right card at the right time

Although I didn’t follow through 100% on the writer’s advice, it did get me thinking about how important the perks and feature sets of every credit card are.

It’s never completely about the low-bar 50,000 mile bonus, the 0% APR for 12 months, the free airport lounge access, or the Uber credits. Today’s credit cards are a mix of features and perks; like a salad, you choose the ones with the ingredients that are most appealing for you.

In the years subsequent to my receiving the airline card, my priorities shifted. I eventually had kids, and my family’s lifestyle became more settled. The days of travelling the world on a whim are over, for now, and it’ll probably be quite some time before I take the plunge on a bonus ticket.

But that’s okay, because with my other credit cards I’m earning cash back, points for merchandise, and scoring the occasional merchant-specific deal by using a particular card. I’m doing my best to be strategic, rather than whipping out a card at random and plonking it down on the counter.

So that’s the ultimate value of the writer’s advice for me -- think and plan with your cards!

By the way, I haven’t been completely land-bound with my credit cards. Earlier this year we flew my mother-in-law from Europe to help out with babysitting and general home management. The cost of the round-trip ticket was nearly $900, which I was able to erase with my earnings on the rival travel card.