Why the Author of 'Rich Dad, Poor Dad' Loves Bitcoin 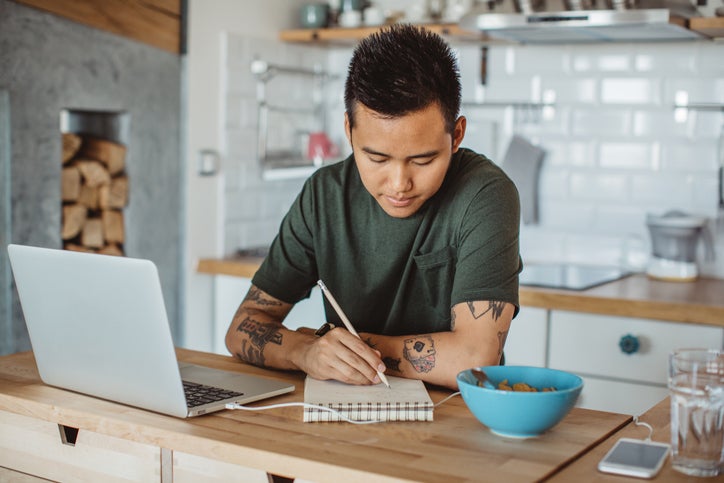 Robert Kiyosaki is using Bitcoin to protect his millions.

Rich Dad, Poor Dad was first published in 1997 and has sold over 32 million copies. The personal finance book, co-authored by Robert Kiyosaki and Sharon Lechter, uses the examples of a rich dad vs. a poor dad to illustrate different attitudes toward money.

Now in his seventies, Kiyosaki still works hard to change the way people think about money. And Bitcoin (BTC) -- and cryptocurrency in general -- is an area he thinks we all need to understand. So much so that the Rich Dad, Poor Dad website has a free downloadable crypto book and its own dedicated crypto section.

Kiyosaki believes the dollar is dying

The main reason the popular author loves Bitcoin is that he wants to hedge against a deflationary dollar. In a recent blog post, he explained: "Unlike most, I am not using Bitcoin to make millions. I’m using Bitcoin to protect my millions as insurance from the collapse of the dollar. I see Bitcoin as digital gold."

If you're wondering why he is so pessimistic about the dollar, a lot of it comes down to quantitative easing -- a tool used by central banks to reduce interest rates and increase the amount of money in circulation. He's also not a big fan of the Federal Reserve, which he has called "incompetent."

Indeed, the Fed's policies during the pandemic prompted Kiyosaki to make various YouTube quarantine updates, including "Your Currency is Dying!!!" and "The Economy is DYING." In one of them, he said of the Fed, "They've been printing money since 1971 and instead of fixing the problem, they just kept making the problem worse."

Kiyosaki has argued on a number of occasions that there's no point in saving money in a bank account right now. To him, the combination of low interest rates and deflation means cash you hold in a savings account is actually losing value. As a result, he sees upside in gold, silver, and Bitcoin.

On Aug. 23, he tweeted: "Bitcoin is booming. Gold is stagnant. Silver is 50% below all time highs. Dollar is dropping. Silver is the best, lowest risk high potential investment. Bitcoin has the greatest upside. With dollar dropping Bitcoin and silver are the best investments."

He says that the last two years have changed our lives dramatically, and it is important to start learning to create wealth and not rely on the government when things get tough. He has always strongly advocated finding ways (such as entrepreneurship) to become financially independent. Kiyosaki encourages everybody to think outside the system -- and believes cryptocurrencies are one way to do that.

Do your own research

Whatever you think of Kiyosaki's views, before you rush to open an account with a top cryptocurrency exchange, he has one other valuable piece of advice: Investigate it for yourself. "If you are going to invest, first study the subject and then find someone who is investing in the asset you are interested in and ask them questions," he says in his book, Decrypting Crypto.

Cryptocurrency may be a good hedge against inflation, but prices can also fluctuate wildly. It's true that we don't yet know what the full economic fallout from the pandemic and associated government spending will be. But we also don't know how the cryptocurrency industry will evolve.

As with any investment, make sure you fully understand the risks involved and weigh whether a cryptocurrency investment is right for your situation.