Do You Have to Pay Your Mortgage After Your Home Is Destroyed? 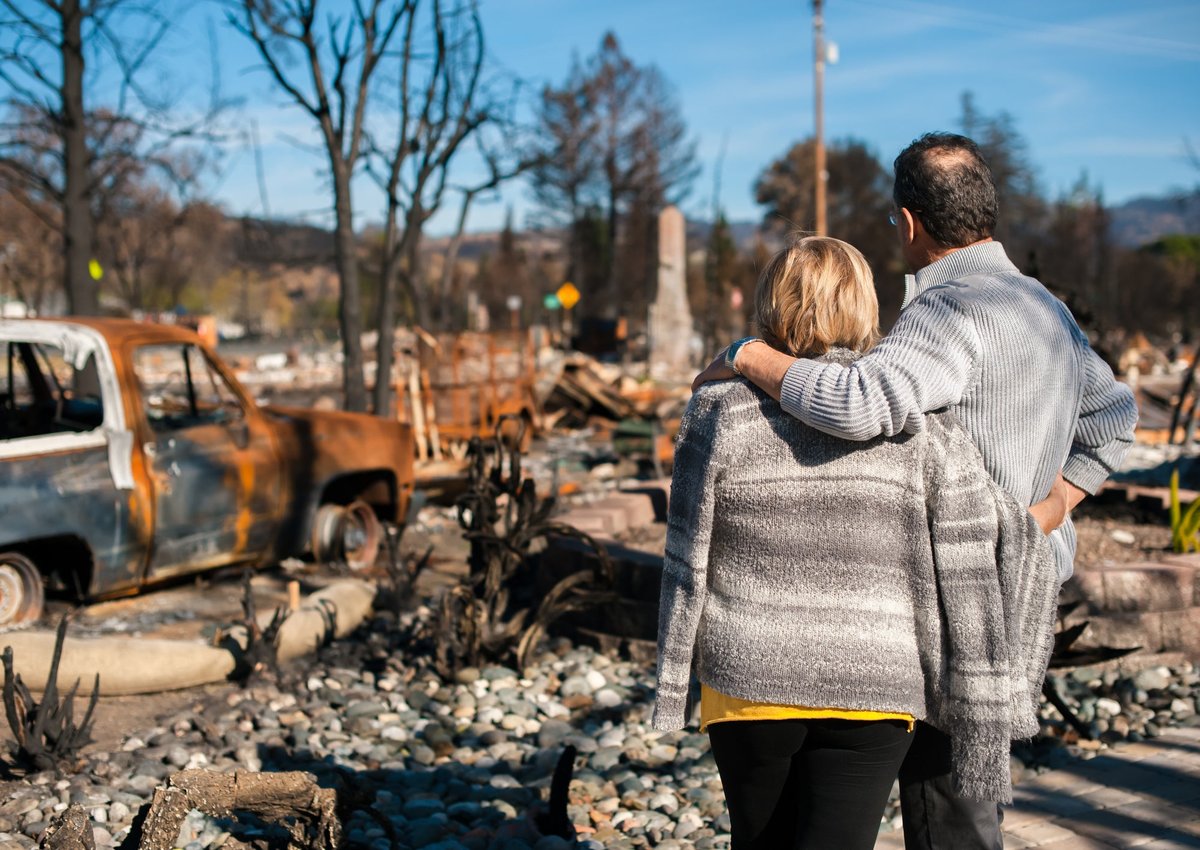 Here's why your obligation to pay your mortgage does not end if your home is destroyed.

If you are a homeowner, paying your mortgage each month is a priority. But what happens if your home is destroyed -- if a hurricane, tornado, fire, or some other catastrophe takes the structure down to the studs? Here, we'll tell you what you can expect and if you do in fact have to keep paying your mortgage.

The answer is yes

Yes, you must continue to pay your mortgage each month, even if there's nothing left of your house. If you're tempted to walk away from it all, do not give in to that temptation. Abandoning a home that is destroyed will impact your credit score in precisely the same way as walking away from a perfectly functional house would.

The power of insurance

While this may sound like the world's most boring way to spend 10 minutes, give your insurance agent a call. Find out how much your home is insured for. According to Marshall & Swift/Boeckh, nearly 60% of homes in the U.S. are underinsured by 18%. In other words, if those folks lose their homes, they will be responsible for paying a significant amount to have them rebuilt.

Let's say a home burns to the ground, and it costs $250,000 to rebuild. A homeowner underinsured by 18% will have to fork over $45,000 to get the job done. If they don't have the funds tucked away into a savings account, they may have to borrow.

If a home is destroyed, the owner's insurance policy should cover the cost of them staying somewhere else while the house is being rebuilt. Still, without the right coverage, the homeowner could be on the hook for unplanned expenses.

If you're concerned that you may not have the money needed to rebuild your home after insurance pays its portion, replacement cost value (RCV) could ease your mind. While the premium for RCV costs more than standard homeowners coverage (the amount varies by insurance company), RCV covers all expenses to repair or replace an entire home.

What's more, RCV ensures that the home is rebuilt as good as new. Let's say a home has unique features, like hardwood floors with an intricate pattern, an upgraded HVAC system, and a soundproof recording room. Standard coverage is unlikely to cover the extra costs associated with installing those enhancements, but RCV will.

Back to your agent

While you're on that call with your insurance agent, be sure to ask about any potential gaps in your coverage. For example, what happens if a flood carries away a house? A standard policy is unlikely to cover a flood, so find out how much it would cost to add coverage.

And what about earthquake coverage? It's tempting to skip earthquake insurance because the deductibles are so high (typically 10% to 20% of the coverage limit). But let's say a homeowner's deductible is 10%, and it would cost $300,000 to rebuild their home after an earthquake. That means their portion of the cost would be $30,000 ($300,000 x 0.10 = $30,000). While $30,000 is a lot of money, that homeowner would still be money ahead by paying the deductible rather than losing their property entirely.

A quick note about earthquake insurance: Earthquakes can happen anywhere. The largest earthquake in the lower 48 states occurred in the bootheel of Missouri. And according to the U.S. Geological Survey, 42 of the 50 states have a reasonable chance of experiencing an earthquake. Those who live in states where earthquakes are rare may find it relatively inexpensive to tack earthquake coverage onto their homeowners policies.

Your first call following a disaster should be to your insurance company. Your second should be to your mortgage lender. Not only will your lender want to know that their loan collateral has been destroyed, but they will probably want to help. For example, if you own a home business and losing the house is going to interfere with your ability to make your mortgage payment, your lender can offer a forbearance. While they are under no legal obligation to help, most lenders will because it's a far better option than foreclosing on the property.

No one particularly enjoys paying insurance premiums, but most would agree that knowing they're covered helps them sleep at night.