Should Hollywood Be Afraid of Horror Movies?

Executives were hoping Universal's 'The Purge: Anarchy' would help turn the tide for horror films. Now it's clearer than ever that horror films are no longer as solid an investment as they once were, and that's making Hollywood studios nervous.

Can 4DX Theaters Bring Audiences Back to the Movies and Bolster the Film Industry?

3-D movies have lost their luster, but a new 4DX experience could give studios a chance to win back audiences and make movies like Transformers: Age Of Extinction even more appealing.

Why the ‘Transformers’ Franchise Is So Important to Paramount

The ‘Transformers’ franchise reignited in a big way this weekend with over $100 million domestically and $300 million globally. That’s a big deal for Paramount as the studio is banking big on its franchises in the coming years.

AMC has had a rough go of it in 2014 with original programming, but the delay of ‘Breaking Bad’ spin-off ‘Better Call Saul’ could work in its favor.

Why ‘Game of Thrones’ Means So Much to HBO

'Game of Thrones' has continued to be a good luck charm for HBO during its fourth year and as tonight's season finale nears it's interesting to look at the reasons executives have to be happy to be playing host to this particular 'Game."

What a ‘Jupiter Ascending’ Delay Means for Warner Brothers, the Wachowskis, and Channing Tatum

The delay of the Wachowskis' next film, 'Jupiter Ascending,' has created a lot of buzz in Hollywood as it was just weeks from its original release date. The delay means different things to all of the film's major players including the directors, its distributor, and its star.

Fox's 'The Fault in Our Stars' proved to be a box office winner while Tom Cruise's 'Edge of Tomorrow' had a rough weekend, but still had proved to have legs internationally.

Tom Cruise has always been a box office presence, but after some negative turns in the spotlight many wonder if his days of profitability are done. Yet even despite 'Edge of Tomorrow' not performing as well as hoped, the actor may still be in a good earning position.

While AMC's newest series 'Halt and Catch Fire' failed to live up to its name, that doesn't mean the network should be ready to pull the plug ... no matter what the ratings.

HBO’s ‘Silicon Valley’ wraps its first season run tonight and over its eight episodes has proven to be a big success … and one that the network can really use at the moment. 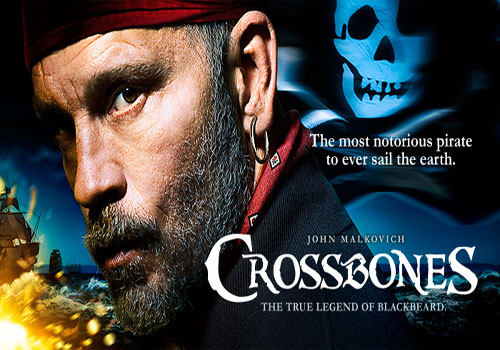 Will John Malkovich’s ‘Crossbones’ Be a Summer Hit for NBC?

NBC's summer schedule includes a number of big-name projects with "Crossbones" being one of the most interesting. The show represents a way for the network to keep its regular season business model in tact during the summer.

What New Series Such as ‘The Flash,’ ‘A to Z,’ and ‘How to Get Away With Murder’ Say About the State of Television

With all of the networks having revealed their new fall schedules, it's time to take a look at the major trends that have come from those plans, including a few that could be big news.

The CW rounded out the upfront season for the big broadcasters with its new schedule, highlighted by 'Arrow' spinoff 'The Flash' and teen soap 'Jane the Virgin.' Will keeping things status quo overall help or hurt the network in the fall?

Warner Brothers dominated the box office this winter with the success of 'The Lego Movie' and now is looking to duplicate that performance with a summer slate that includes 'Godzilla,' 'Tammy,' and 'Jersey Boys.'

CBS' turn in the upfront spotlight brought a mix of excitement and surprise as "NCIS: Los Angeles' and 'CSI' found themselves in new timeslots while a few long-running traditions were broken...at least for now.

ABC's presentation to advertisers Tuesday may have introduced them to the network's new crop of freshman series but in the end it was the established ones that took hold of the spotlight.

Is Universal Positioned to Crush the 2014 Summer Movie Season?

Universal had a banner first quarter at the box office and is looking to carry that success into the summer with films including 'A Million Ways to Die in The West,' 'Neighbors,' and 'Get On Up.' But can it top other slates full of sequels?

Why ‘Scandal,’ ‘How to Get Away With Murder,’ and Shonda Rhimes Will Take Over Thursdays This Fall

It's official -- Shonda Rhimes is ABC's new "fixer." With hits like 'Grey's Anatomy,' 'Scandal,' and now 'How to Get Away With Murder,' that's not likely to change any time soon.

What TV Networks Should Learn from ‘Revolution’s' Cancellation

The cancellation of NBC’s ‘Revolution’ was expected, but still an unfortunate end to what was once a promising series. But its early exit doesn’t have to be in vain. Its preventable downfall could teach networks a thing or two about how to nurture a hit.

The CW Doubles Down on Comic Book Series With ‘The Flash’ and ‘iZombie;’ ‘Supernatural’ Spinoff Staked

The CW has always had a footprint in the comic realm and this year will be no different. This week the network gave greenlights to four new series including 'The Flash' and 'iZombie," both from DC Comics. Together with 'Arrow,' the trio means big business for the network especially when paired with its popular teen fare.