Should you save for retirement, or have more fun today? The answer might be a little of both.

No matter where you turn these days, it seems like there's always something to covet. Perhaps it's a new gadget, or that kitchen tool your friends are raving about. And while there's nothing wrong with enjoying some of life's luxuries, all of that spending might eventually come at a cost -- namely, your retirement.

In fact, when you think about it, almost every single spending decision you make comes down to the following conundrum: Would you rather experience a little instant gratification, or enjoy a comfortable, financially secure retirement? At the end of the day, whenever you indulge in a splurge, that's a chunk of money you won't get to save for retirement. And while it's natural to want to have fun with your money, building a nest egg often boils down to distinguishing your needs from your wants and getting your priorities straight. 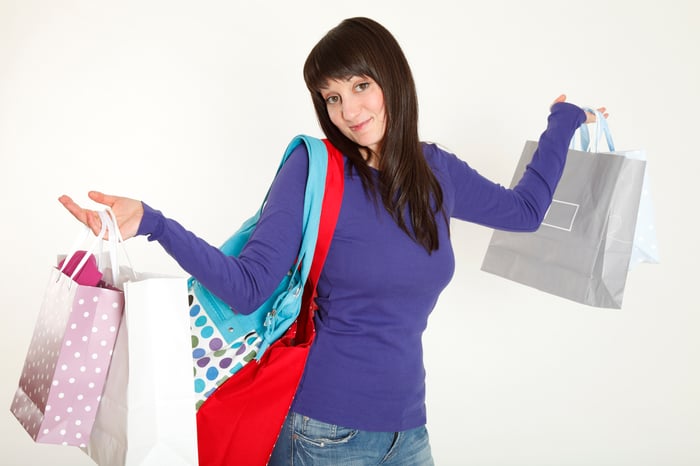 Save for tomorrow or live for today?

Many people take the attitude that they'd rather enjoy their money now, while they're young, as opposed to when they're older. But here's what you may not realize: The goal of saving for retirement isn't just to accumulate enough money to enjoy your fair share of Bingo tournaments and early bird specials; it's to ensure that you're able to put a roof over your head, heat your home, take care of your health, and do whatever else is necessary to function at a basic level.

Contrary to what you may have been led to believe, the money you eventually get from Social Security won't be enough to cover your living expenses as a senior. In fact, it won't even come close. So if you don't want to sentence yourself to an impoverished lifestyle, you'll need to save independently, and the sooner you start, the better.

Of course, saving for retirement is easier said than done, especially given the number of workers who live paycheck-to-paycheck. But if you establish a budget and take a closer look at your spending, you'll probably come to find that there are certain luxuries you're able to give up while still maintaining a basic level of functionality.

Take restaurant meals, for example. Most food establishments charge a 300% markup on meals. If you spend $20 on takeout six times a month, foregoing that luxury could put $80 a month back in your pocket. Do that for a year, and you'll be almost $1,000 richer.

The same applies to larger expenses. You might really want that new $1,500 TV, and you might even have the money to pay for it (as opposed to having to charge it on a credit card). But think about what that $1,500 might eventually do for your retirement.

Because the money you save today has the opportunity to grow, you can turn a relatively small amount into a much larger sum over time. It's a concept known as compounding, and we have a calculator that can show you just how you stand to gain -- or lose -- by saving versus splurging today.

To use this calculator, simply take the item you're thinking of buying or giving up and input its cost. It could be a one-time purchase, or a recurring expense, like that gym membership you want but hardly use. Then, put in the number of years you have until retirement, your tax bracket, and your estimated return on savings.

Now the latter is crucial, because a 6% return on your savings will compound more considerably than a 2% return. When saving for retirement, the key is to put your money into smart investments that will yield higher returns. So while sticking your money in a basic savings account will probably get you a 1% return at best, investing heavily in stocks will give you more like 7% or 8% -- something to keep in mind when you run the numbers.

Just how much do you stand to gain by saving instead of splurging? Imagine you're 30 years from retirement and you save $3,000 instead of taking a vacation. Assuming you could invest that money at an average annual 7% return, you'll be roughly $14,000 richer by the time retirement rolls around. Now that's a good reason to forego your trip.

In the battle of whether to save for retirement or splurge and enjoy your life today, things don't necessarily have to be black or white. Rather, you can meet in the middle -- treat yourself to some luxuries, all the while making sure to save 10% to 20% of your earnings. There's absolutely nothing wrong with buying yourself a little near-term happiness. Just be aware of exactly what it is you're giving up by spending that money instead of setting it aside for the future.