We all pick up tidbits of wisdom along the way. Here are a few that could've helped me earlier on in my career.

Now that I've spent well over a decade in the working world, I've gained a reasonable degree of job-related confidence and expertise. But things were very different back when I first started working. Here are a few valuable lessons I've picked up on my personal career journey.

1. Don't be afraid to ask questions

My first job out of college was as a trading assistant at a small hedge fund that was rapidly growing. To say that the environment was fast paced would be an understatement, and as such, my boss didn't have much time to train me formally. Instead, I basically shadowed him for a couple of days, and was then given the green light to work on my own. 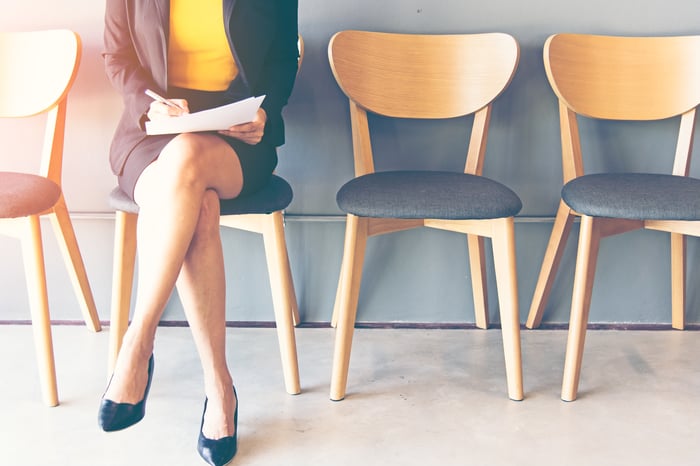 I was truly excited to embrace the opportunity. There was just one problem, though: I still had no idea what I was doing. Nothing I learned during college prepared me for working in an actual trading environment, and besides, different firms have varying procedures for getting things done.

For the first few days, I tried hacking it on my own because I wanted to prove to my boss that I was a strong, competent employee. Instead, I messed up repeatedly and almost cost my firm a huge chunk of money as a result.

That's when I learned an important lesson: Don't be shy about asking questions when you don't know how to handle a task. It's better to own up to your confusion and request some help than risk a costly mistake. From then on, I made a point to flag down my boss when I needed assistance -- even if it meant swallowing my pride in the process.

Once I got the hang of things at the hedge fund, I was quickly promoted, and with that came a significant bump in salary. But despite the fact that I was quite well paid for a person my age at the time, I grew unhappy with my job shortly after that promotion. My workdays were long, and the role was stressful, but I could handle those aspects.

Rather, it was the intense, often-hostile environment that got to me. Traders shouted at and over me constantly. Fights broke out often (generally verbal, though one trader once punched another in the face right in front of me). Everyone was so fixated on making money, and though part of me enjoyed the thrill and technically found the work interesting, I reached a point where it just wasn't fulfilling. Yet I stayed on for several more years because I was earning a salary I didn't want to give up.

Now I will say that sticking it out at that job allowed me to completely pay off my student loans early in life, build a nice chunk of emergency savings, and enjoy a comfortable lifestyle outside the office. And, yes, money is important -- you need it to live. But it's not worth your sanity and well-being. I know that now.

3. It's OK to switch careers

A big reason I stayed at my job while fairly miserable is that I was afraid of slashing my earnings. But I was also worried about having to start over at the bottom. I really wanted to pursue a writing career, or something more creative than straight-up finance, but I didn't want to get stuck in a role where I'd be spending half my day fetching coffee and making photocopies for a fraction of what I used to bring home.

Thankfully, I came to my senses and pursued a role where a number of my former skills would apply to my new job. And though I was hired at a level and salary that were lower than what I previously enjoyed, I didn't have to start at the very bottom, either.

Of course, I got lucky in that regard. Anyone who switches careers needs to prepare for the possibility of completely starting over. But again, I'm a firm believer that happiness trumps an impressive-sounding title or even a better paycheck. Just as importantly, I believe in moving careers when you just plain want a change. We spend such a large chunk of our lives working, and we deserve to attain some degree of satisfaction from what we do. And if we need to switch things up to get it, so be it.