When it comes to starting a career in politics, it's not what you know as much as who you know.

However, since most of us are neither members of the Kennedy clan or the Bush dynasty, it's not like we can just make a phone call to get a start in the profession. Instead, getting started on a political career involves making connections by working your way up from the bottom.

There are a few ways to do that, and where you live does affect your opportunities. Whichever path you choose, though, it's all about hustle, putting yourself out there, and being willing to shake a lot of hands while having many doors slammed in your face. 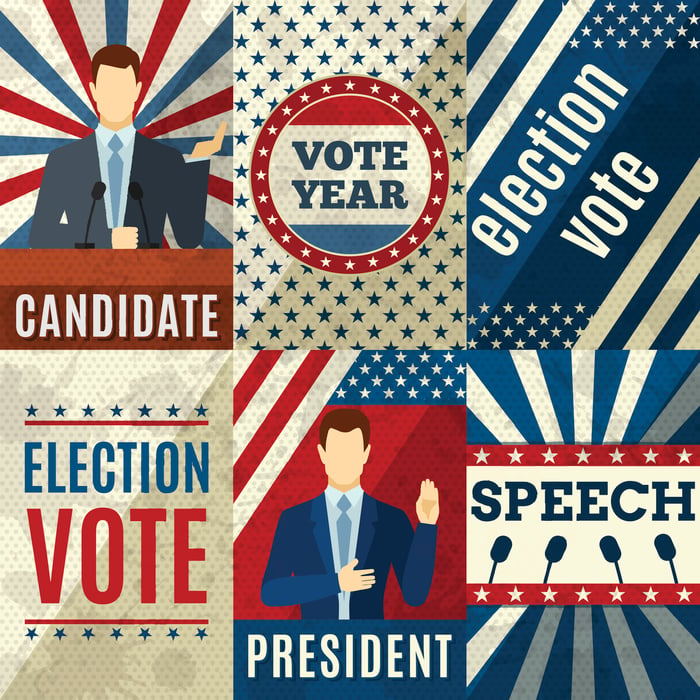 Getting into politics generally means starting at the bottom. Image source: Getty Images.

At every level of politics, campaigns need volunteers. Whether it's a local race, a statewide one, or even a presidential campaign, volunteering gives you a chance to meet people. The people who run campaigns or local offices in bigger races can open doors post-election.

In a local race, those may be very small doors, but it's a start. Volunteering and working hard is a way to work yourself up through the ranks. Doing that requires a willingness to do any task necessary. That's not different than the formula for landing any dream job, but political campaigns give many chances to stand out.

Since needed things like door-to-door canvasing, phone banks, and other events take place after traditional 9-5 work and on weekends, a willingness to work as needed can lead to opportunity. It can also lead to face time with the candidate, paid staff, and party officials.

Run for office yourself

For example, the tiny New England town where I grew up has an elected town meeting. That means a few hundred people run for a position on what's essentially small-town Congress. Once elected, these town meeting members attend a multi-night meeting where each budget line item gets discussed and voted on.

In general, only slightly more people run for seats than the number of spots available. So, a newcomer -- even someone who just moved to town -- stands a chance at winning a spot if he or she campaigns. Running for a minor position doesn't require raising money, buying ads, or even getting yard signs. Instead, it's about pressing the flesh, attending community events, and going door-to-door to meet potential voters.

The same logic applies to obscure elected positions in bigger cities (or ones which have less quaint forms of government). In some cases, the difference between winning and losing can come down to which candidate is better known by voters.

Even if you lose, the work you did meeting people counts as money in the bank for future elections. In addition, if you lose, but gain some attention, you will almost certainly increase the amount of people who know you. That should make future political opportunities, either running on your own or working for someone else, easier to come by.

Create your own opportunity

About six years ago, when I was working at, but preparing to leave, a local news start-up, I interviewed an area businessman planning to run for Congress. We were not in political lockstep, but I liked him and believed he had good intentions, so I volunteered to help with public relations for his campaign.

I served as his de facto communications person through the state convention where he lost the nomination. Had he won his party's nod, he almost certainly would have been crushed in the general election by a very well-entrenched incumbent, but for me, the experience was a positive one.

Even in his losing, I still met all sorts of people in the state party and even some national consultants. Had I wanted a career in politics (I did not, at least not aside from working for him) I would have had some opportunities to pursue one.

Many, if not most, paid jobs in politics go to people who worked on the campaign of the person elected. In many cases, even working on a losing campaign may put you on the radar of city or state party officials who may influence hiring for candidates who did win (or for paid campaign jobs during the next election cycle).

While there are exceptions, in general, there's no shortcut to a career in politics. You have to do the work, put in the time, and impress the people who could someday hire you.