If you've been hired for a temporary role, you should know that you're in good company. Over a given year, nearly 15 million temporary and contract workers are hired across the U.S.

The problem, of course, is that being a temp worker often means losing out on key benefits such as health insurance, paid time off, and job security. The good news? If you approach things strategically, you can turn a temporary job into a permanent role. Here's how. 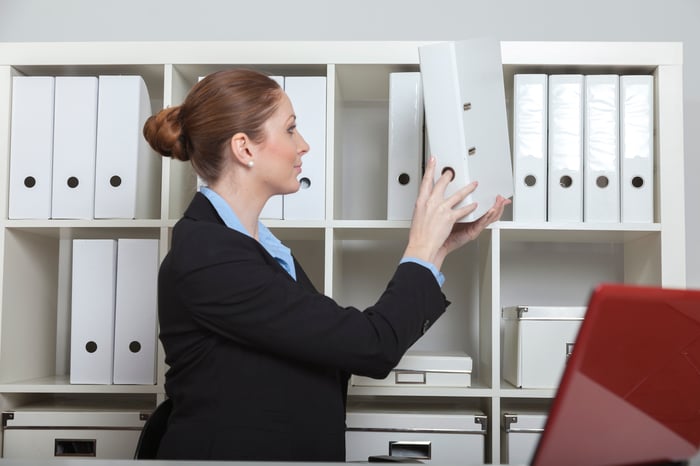 1. Come in with a great attitude

You'll find that a lot of people who get hired as temps make it clear to their employers that they're not particularly happy to be there. After all, it's hard to stay motivated when you're only looking at a few months' worth of employment at best. On the other hand, if you start off your temp gig with a positive attitude and manage to maintain it throughout, you'll send the message that you're the type of person who can roll with the punches, and who's willing to make an effort even when the upside isn't great or guaranteed. And that could lead a manager to hire you when a role becomes available, or fight to turn yours into a permanent one.

2. Network within your company

It's said that networking is perhaps the most important factor in landing a job, and that applies to situations where you're already working, albeit not permanently. If you really want to increase your chances of getting hired full-time, make a point of mingling with other teams and getting to know key players at your company. This way, you'll have more people saying good things about you when you see about permanent employment.

3. Explore different areas of the business

When you come in as a temp, it's natural to keep your head down and stick to the basics of what you've been told to do. But if you make an effort to learn more about different areas of the business, your manager may have a harder time letting you go. So volunteer your time on a project being run by another team, even if it means clocking in a little extra time without getting paid. You just might be rewarded in the form of a permanent job offer.

4. Go above and beyond

Without the promise of a long-term position, you may be tempted to come to work every day and do your specific job but nothing more. On the other hand, if you show your team that you're willing to take on added responsibility, or help out on the fly, your manager is bound to take notice. So don't sit back and say nothing if you overhear someone stressing over a project with a looming deadline. Jump in and offer to help. With any luck, it'll get you more than just a thank you.

5. Ask to be hired full-time

Some people who take temp jobs don't want the commitment that comes with a permanent role. And if you don't let your boss know that you're looking for a long-term arrangement, he or she might assume that you want to leave once your gig comes to a close. As you near the end of your assignment, ask your manager for a meeting and tell him or her exactly what you're looking for. Otherwise, your manager will have no way of knowing.

Going from temp to perm is something that happens to workers on a regular basis, so if all you can manage to land is a temporary role right now, don't despair. If you play your cards right, you just might join the ranks of those lucky people who sign up to work for three months and wind up with job security for years down the line.