Many people dream of opening restaurants and bringing their visions to life. But with relatively high failure rates, owning a restaurant can be a precarious prospect, especially if you're coming in with little to no experience. It's estimated that 60% of new restaurants fail within their first year of business, while 80% close down within five years. If you don't want to fall victim to a similar fate, here are some rookie mistakes you'll need to avoid at all costs.

Your restaurant's success hinges on customers, so if you open in a remote location with absolutely no foot traffic, you may have a hard time getting people in the door. But entering an already-saturated market can hurt you just as much. If you open your business in a hip, trendy neighborhood loaded with eateries, you may have a hard time distinguishing your restaurant from the pack. 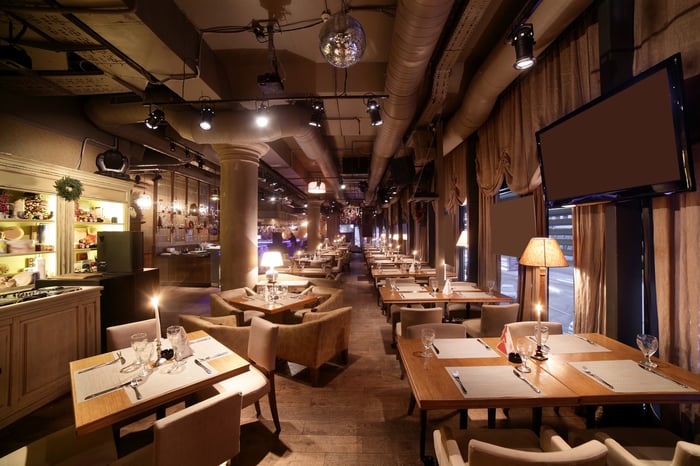 Before you open a restaurant, research your location options extensively, and pinpoint the advantages and drawbacks of setting up shop in different areas. For example, an up-and-coming neighborhood might seem like the ideal spot at first, but if it comes with extremely limited parking and unbearable levels of traffic, that's an instant barrier for potential customers to overcome. Similarly, make sure your restaurant aligns with the neighborhood you're choosing. A high-end eatery probably won't thrive in a low-to-middle-income area that's mostly populated by families with children.

2. Not having enough working capital

Running a restaurant requires a certain amount of up-front cash. In addition to covering your general overhead, like rent and electricity, you'll need to maintain a solid inventory to ensure you're able to make good on your menu. You should also allow for the fact that business might be slow to ramp up, and that you'll need money to tide yourself over until sales begin to climb.

How much working capital is enough to get started? It'll depend on the specific costs you're dealing with, but as a general rule, it's smart to have enough cash on hand to run your establishment for three to six months. Create a detailed list of your business expenses, from cutlery to payroll, and don't jump the gun on opening until you've secured the funding you need to kick things off with confidence.

3. Not being aware of your food costs

One of the easiest ways to guarantee that your restaurant will fail is to be clueless about your food costs and how they correlate to the prices you put on your menu. Most restaurants charge a 300% markup on food to stay afloat, which means if a meal costs you $10 to make, you should ideally be commanding $40 for it. That's why you, as a restaurant owner, should have a hand in every single food order that's placed on behalf of your business -- at least initially. This way, you'll know what you're spending and will be better positioned to price your menu accordingly.

Your restaurant might serve up the best food within a 100-mile radius, but if your service is abysmal, you're going to turn customers off. And once that happens, you can count on them telling their friends and announcing that information to the world. In this day and age, you're really just a couple of bad online reviews away from a bankruptcy filing, so make sure your staff is adequately trained on the importance of solid service. This means doing trial runs with your hosts, testing your servers to see if they know your menu inside and out, and ensuring that your kitchen is being run efficiently.

Owning a restaurant can be both a fulfilling and profitable experience. It can also be a disaster if you go in unprepared. If you're new to the restaurant industry, one of the best things you can do, in addition to avoiding the above mistakes, is enlist the help of a mentor who's done this before. Getting the inside scoop on someone else's real-world successes and failures is just about the best education you can receive as a rookie restaurant owner, so don't hesitate to seek out that invaluable guidance.