Please ensure Javascript is enabled for purposes of website accessibility
Free Article Join Over 1 Million Premium Members And Get More In-Depth Stock Guidance and Research
By Maurie Backman - Jul 2, 2019 at 8:17AM

Consider this an important wake-up call.

It takes time, money, and effort to recruit job candidates and bring new hires on board, so the last thing you want to do is lose those same employees shortly after the fact. But in today's competitive job market, it's hard to retain talent when outside opportunities abound. In fact, 40% of employees expect to leave their current jobs this year alone and take their skills elsewhere. If you want to prevent that from happening at your company, here's something it really pays to focus on: the on-boarding process.

Many companies don't put a ton of thought into the on-boarding process, but in reality, it's what sets the tone for new hires and helps determine whether they're likely to stay put or plot an exit. In fact, 64% of employees are driven to leave a job after a bad on-boarding experience, according to a new survey by HR tech platform Hibob. If you'd rather avoid a similar scenario, revisit your approach to on-boarding, and aim to make changes for the better. 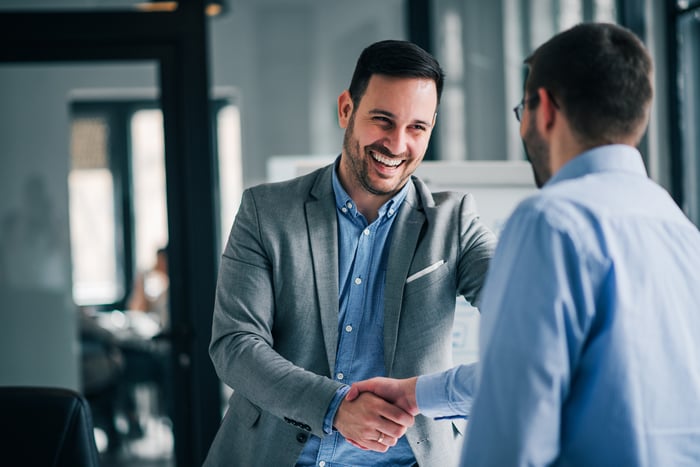 Starting a new job is rarely easy, but there are ways that you, as an employer, can help new hires transition comfortably into their new roles. Consider this: A good 33% of employees say they dread the idea of having to adapt to new office politics and personalities -- more so than having to learn the rules or fill out mountains of paperwork. As such, it pays to think of ways you can make that aspect of coming aboard smoother.

For one thing, consider killing the buddy system if you currently have one in place. It might seem like a good way to help new hires acclimate, but forced relationships aren't as effective as organic ones. In fact, 49% of employees agree that the best way to adjust to a new job is by making friends in the workplace, and they'd prefer to befriend their colleagues naturally and gradually rather than be assigned a new hire buddy.

Additionally, new hires don't enjoy feeling like they're on display. A good 38% of employees say they felt most welcome during the on-boarding process when they were included in a group of other new hires. It therefore pays to coordinate new hire start dates across your organization to allow for this.

Furthermore, 31% of new hires say they prefer introductory meetings and interactive on-boarding groups to after-work happy hours. Remember this as you bring in new employees, keeping in mind that some people do better in a work setting than in a forced social one.

Finally, encourage managers to carve out time for new hires to address early questions and concerns, or simply to serve as a listening ear. The more supported new employees feel, the more likely they'll be to stick around.

Your new hires' first few weeks on the job could set the stage for a thriving long-term employment relationship, or a quick exit that hurts your business. Focus on improving your on-boarding process so that you're able to lock in the former.