If you really want to stay motivated to pay off debt this year, focus on your smallest debts first. 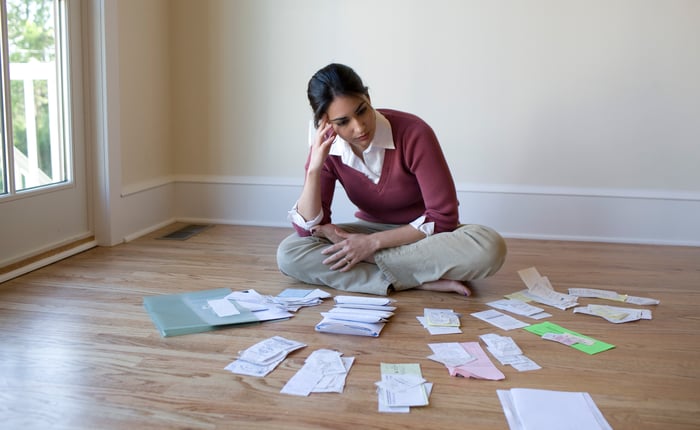 It's no wonder Americans consistently add "spend less/save more" to their New Year's resolutions. Many Americans are looking to get their debt under control, but what's the best way to do that?

Popular debt-reduction guru Dave Ramsey recommends paying off your smallest debts first -- regardless of their interest rate -- so that it motivates you pay off the bigger debts as you gain momentum. He calls it the "debt snowball," and Ramsey's website says:

But when you ditch the small debt first, you see progress. That one debt is out of your life forever. Soon the second debt will follow, then the next. When you see that the plan is working, you'll stick to it. By sticking to it, you'll eventually succeed in becoming debt-free!

New research coming out of Boston University appears to confirm Ramsey's method. The lead researcher, Remi Trudel, wrote in a recent Harvard Business Review article that focusing on just one account at a time -- and starting with the smallest debt -- are the keys to staying motivated while paying off credit card debt.

Sometimes the simplest solution is the best

Researchers looked at the anonymous spending, repayment, and outstanding balance data of 6,000 individuals over three years and found that people who focused on one account at a time paid down debt faster than spreading out payments across multiple accounts.

The researchers then conducted several of their own experiments to see if the same would be true for their subjects, and why. The first experiment included a game that allowed people to earn more money to help pay off their debt.

"To earn money to pay their debts, they played an anagram-like game in which they generated words from strings of letters. Participants assigned to the concentrated repayment strategy worked harder than those who dispersed their repayments, producing more words and repaying their debt 15% more quickly," Trudel wrote. People who spent concentrated amounts of money on debt, instead of spreading it out over many debts, ended up paying of their debts faster.

The fastest way to pay

The researchers then had another group focus specifically on paying just one debt at a time, which lead to a feeling of accomplishment toward their long-term goal -- and in turn motivated them to keep on paying down more debt.

"Thus focusing on paying down the account with the smallest balance tends to have the most powerful effect on people's sense of progress -- and therefore their motivation to continue paying down their debts," Trudel wrote."

The key to being debt free

As Dave Ramsey suggests, and the research shows, to key to tackling debt to is to focus on one account, and start with the smallest debt. It's a simple process for the broader debt-reduction solution, and it's a good tip that many of us should implement. I know I'm going to be using this system to personally tackle some debt that's crept up on me -- and it's good to know that there's research backing it all up.