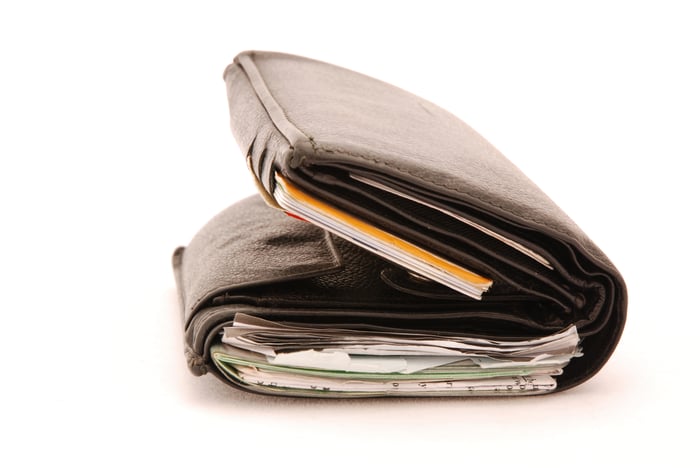 Credit card issuers have been going toe-to-toe with credit card sign-up bonuses in recent years, all aiming to secure new members who are active credit card users. For many such cardholders, a large sign-up bonus has become a necessity. But what do prospective cardholders need to know before applying for a card with a sign-up bonus?

In the video segment below, The Motley Fool analysts Nathan Hamilton and Michael Douglass cover three things cardholders should consider when looking for the right card offer. After tuning in, check out our picks of the best credit card sign-up bonuses to uncover a few of our favorites.

Michael Douglass: When you get credit card marketing in the mail, or you see it online, or there's one of those TV commercials they always talk about these big, fat, signup bonuses. But that dollar figure on its own really isn't enough to really evaluate whether it's a good signup bonus, so let's talk through some of the details and the things to be thinking about when you're doing that. One of the big one is there's a spending qualification usually.

Hamilton: Yeah, and generally looking at it some offers will be like $3-4,000 you can get several hundred or rewards back, but they say within a three month period. Now if you're not able to spend that dollar month within that finite period there are exceptions. You can call up that card insurance and say, "Hey guys, can you work with me? I need a couple more weeks to reach that balance threshold to qualify for the bonus."

Hamilton: You'd be surprised how willing credit card companies are to work with you in those scenarios because they pay a lot of money to acquire you as a member, and they want to make sure that you stay around as a card holder, and one of those is of course working with you to be flexible.

Douglass: Yeah. One of the other things to keep in mind is when you see a larger bonus. So like for example, a $200 sign up bonus or more, often annual fees start coming into play. So if you're faced with all other things being equal with a card with a $175 signup bonus versus one with a $200 signup bonus, and the $200 signup bonus comes with a $100 annual fee, then the $175 card, even though it's the smaller headline number is still probably the more attractive.

Hamilton: And if you're just looking at the bonus, that is something to consider, your net. What you actually get in return, and just broadly speaking, for no annual fee card, you can probably be about $150 to $200 signup bonus in cash, cash back to you, statement credit, however they send you the money. As you start to creep above that number you start to get into $500 plus categories for rewards, you're going to incur an annual fee. Now you may incur that fee immediately, some will wave it for the first year. So just keep that in mind if you're looking for a larger bonus, the fees are going to come into play at some point.

Douglass: Absolutely. And the third thing of course is that for these cards often APRs can be a little high, and so if you're spending a bunch of money that you're not able to pay back to get these bonuses you're going to end up under water very quickly on your card, where you're kind of paying out more money in interest than you're getting in rewards, and bonuses, and things like that. I mean the idea of getting let's say a 5% signup bonus or something like that, and then 2% in regular rewards versus paying 20% in APR, you're 13 percentage points under water there. That's not a good scenario to be in.

Hamilton: Yeah, and I mean it just puts it in context of what's important to look at with your card because the business model for credit cards, you know paying a signup bonus is going to be paying money out of their pocket, they've got to make it up somehow else. Many times that's in form of a higher APR, which if you compare it, this is kind of astounding when you look at it, but the average APR for a cashback card as of recently is 20.9%. Now compare that to what it is for a student credit card, it's 19.8%. Now why that's surprising is students are new credit card holders. They're a higher risk borrower, which would mean a higher APR.

Douglass: They also often aren't fully employed, because you know, they're in school.

Douglass: So in every way they're high risk, or in a lot of ways they're a high risk, so that makes a big difference that it would actually be higher for this specific subset.

Hamilton: Yeah, granted student credit cards for the most part don't offer rewards, so there is that give and take there, but it is kind of interesting just looking at what you're getting versus what you may be paying when you get a bonus.

Douglass: Yeah, of course at the end of the day, as long as you make sure that you're paying off your credit card every month-

Hamilton: Don't have to worry about that APR.

Douglass: Yeah, not something you're going to have to worry about. But, that's something that you definitely need to keep in mind when you're thinking about budgeting and credit cards. We've got a lot more information about credit cards and budgeting at Fool.com/CreditCards, so hop on over there and we'll be happy to talk about that more. We've got a lot of good resources.