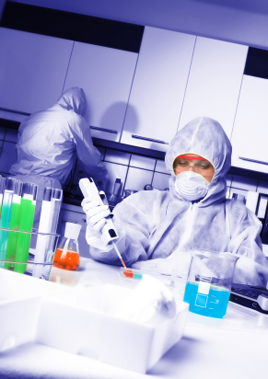 What: After falling sharply Friday after the company was surprisingly shunned at ASCO, shares in Immunomedics (NASDAQ:IMMU) are tumbling by another 13.7% at 2:00 p.m. EDT today.

So what: Immunomedics management was told late on Thursday that its oral presentation of trial data at this year's American Society of Clinical Oncology (ASCO) was cancelled because data to be presented had previously been disclosed at an event in April, which violated the society's strict embargo rules. The company had hoped to discuss the efficacy and safety of its lead drug IMMU-132, or sacituzumab govitecan, in triple-negative breast cancer.

The ASCO news sent shares reeling as investors hoping for a post-ASCO pop in shares headed for the exits. Unfortunately for owners of Immunomedics' stock, shares tumbled even further today after the company released updated results for sacituzumab in small cell lung cancer (SCLC).

According to the company, eight of 33 patients diagnosed with metastatic SCLC responded to sacituzumab, and while that 24% response rate is better than what might be expected for this tough-to-treat patient population, five patients have seen their disease progress, yielding a confirmed response rate of only 9%.

The median duration of response to sacituzumab, including responders and those with stable disease, was 3.8 months and median progression-free survival was 3.6 months. Overall survival for the trial was 8.1 months.

Now what: Before passing judgment on these results, investors should remember that patients with previously treated SCLC have a very poor prognosis and limited treatment options. Only about 2% of patients with metastatic SCLC are still surviving at the five-year mark.

Therefore, today's news from Immunomedics needs to be put into context. That's particularly true given the sharp sell-off last week tied to the ASCO presentation in previously treated breast cancer patients, another tough-to-treat patient population. Previously, the company said it's planning to file for accelerated approval of sacituzumab for use pre-treated breast cancer patients. That's potentially a positive, but it offered up no timeline for such a filing, and there's no guarantee that the Food and Drug Administration will accept that application or approve this drug.

Overall, Immunomedics' sacituzumab is intriguing, but its shares are only suitable for those who are among the most risk-tolerant investors out there. Instead, investors might be better off investing in other ideas that may be less of a gamble.