This little unicorn startup could trip up BlackBerry, Microsoft, and Facebook’s plans for enterprise growth.

Back in May, business messaging start-up Slack reported it had over 3 million daily active users -- triple the amount it had just six months earlier. Nearly a third of those users were paid members, indicating that its freemium business model (which added additional team communication features for $6.67 to $48 per month) was paying off. The company now expects its recurring revenue to more than double from about $30 million last year to $64 million this year.

Three million users is a drop in the pond in the enterprise market, but Slack's user base could grow much bigger if it keeps following the same growth trajectory. If that happens, three major companies might need to rethink their plans for the enterprise messaging market.

BlackBerry (BB -6.92%) is shifting its business toward software to offset ongoing losses in its hardware division. The company's software and services revenue hit $527 million in fiscal 2016, exceeding its own target of $500 million and accounting for nearly a quarter of BlackBerry's revenue. CEO John Chen believes that the segment will post 30% sales growth this fiscal year -- "double" the average growth rate of 15% for the software industry.

The software business' main growth pillar is BES (BlackBerry Enterprise Service), which lets companies monitor their employees' mobile devices. But another source of growth is BBM (BlackBerry Messenger), a cross-platform enterprise chat app which has about 100 million users worldwide. BlackBerry has been trying to monetize this user base with paid stickers, virtual goods, mobile payments, and content channels for advertisers. However, the mobile version of Slack might pull some BBM users away with its streamlined social networking approach to team communications. 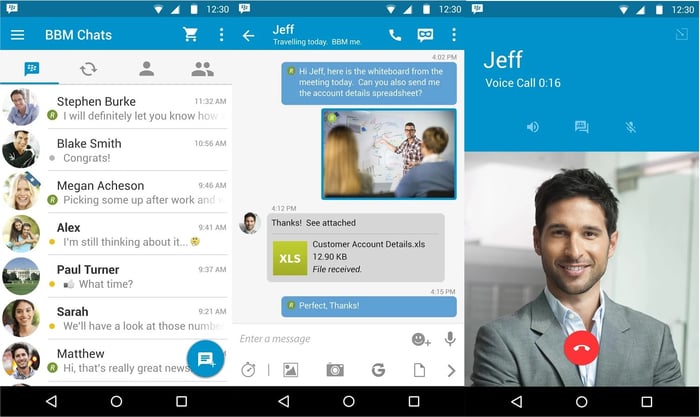 On the bright side, over 55 million of BBM's users are in Indonesia, where Slack lacks a significant presence. However, the growth of Slack has encouraged Indonesian start-ups like Qiscus to develop similar collaboration apps which could undermine BBM in the enterprise market.

Microsoft (MSFT -1.89%) reportedly cancelled an $8 billion bid for Slack earlier this year, due to objections from CEO Satya Nadella and co-founder Bill Gates. The likely reason was that Microsoft already owned two similar services -- Sharepoint, a team collaboration suite it launched in 2001, and Yammer, a team communications platform it acquired in 2012. Both services are now integrated into Office 365, which would seemingly threaten Slack's growth.

However, many Office 365 customers are still large enterprises which prioritize email over chat, which limits the appeal of Sharepoint and Yammer. Outlook's direct integration into Office 365 further cannibalizes that market. Meanwhile, Slack grew among younger and smaller businesses, which were intentionally ditching email to streamline their daily communications.

This is similar to the way Google Docs, Sheets, and Slides crept up on Office over the past decade. As Slack's customers mature into large companies, its user base will grow. If Slack eventually becomes a "best in breed" collaboration tool, Microsoft's Office 365 customers could jump from email to Slack instead of Sharepoint/Yammer -- thus limiting Microsoft's ability to handle team communications and reducing the overall usefulness of Office 365. The free web-based tool IFTTT already helps enterprise users integrate Slack into Office 365, Google Docs, and other apps.

Facebook (META -0.86%) challenged LinkedIn last year with Facebook at Work, an enterprise communication and collaboration platform similar to Slack and Yammer. In April, Facebook stated that 450 companies were on the pilot program, up from 100 last August. Facebook stated that 60,000 companies were signed up on its waiting list, but it's still unclear how the company plans to monetize those users. 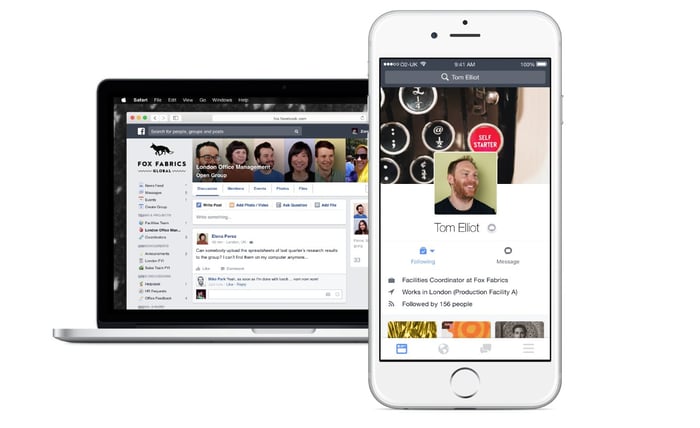 Facebook also looks like a tough opponent, with near a billion daily active users last quarter and 50 million business pages at the end of 2015. But Slack has a first mover's advantage and a rapidly growing base of paid users. More importantly, employers and employees who want to maintain clear boundaries between work and personal communications might prefer using Slack over Facebook, since the latter is tethered to more personal data.

Slack is still tiny compared to BBM, Yammer, and Facebook, and it could certainly be rendered obsolete in the escalating battle over collaborative software. But there's also the chance that Slack can keep growing, milking its reputation as a "best in breed" app for efficient companies, carving a niche that bigger tech companies can't touch.

If that happens, companies like BlackBerry, Microsoft, and Facebook might need to rethink their plans for enterprise communications. It could also make Slack an even more lucrative buyout target than before.