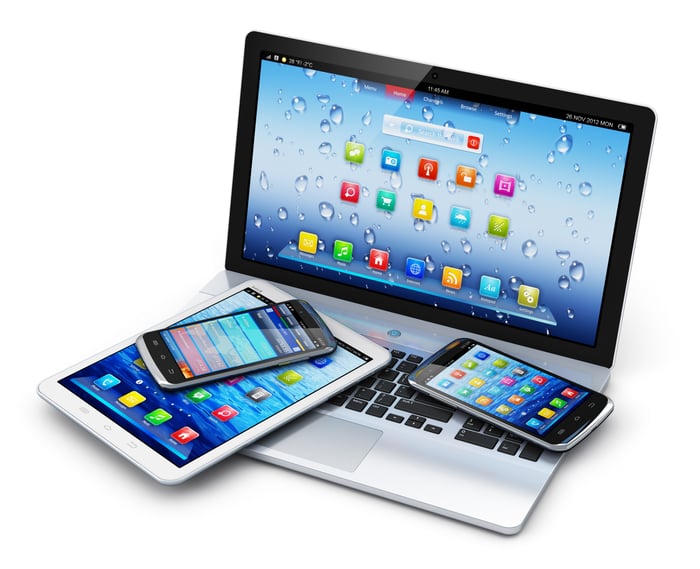 Materials science company 3M (NYSE:MMM) reported earnings on July 26, and the numbers looked mostly positive. Per-share earnings were up 3% over the second quarter of 2015. Operating income margin rose half a percentage point, to 24.4%.

That didn't stop investors from selling off the stock, as there possibly were concerns that anything less than a blockbuster quarter didn't justify the stock's rapid rise so far this year. Even with the sell-off, though, the stock is still up more than 20% so far in 2016.

Management seemed attuned to investors' concerns, because they kept coming back to one key point on the earnings call.

Management kept reiterating during the earnings call that the company's less-than-spectacular performance was due to weakness in its electronics and energy unit. According to Chairman, President, and CEO Inge Thulin:

Organic growth in electronics and energy declined in the high single digits, as we communicated during the second quarter. That business continues to be impacted by weaker demand and elevated channel inventories in the consumer electronics market.

Specifically, second-quarter electronics and energy sales were $1.2 billion, down 9.1% organically year over year compared to companywide organic sales declines of 0.2%. Put another way, if electronics and energy sales had simply remained flat, companywide sales would have been up by 1.2% rather than down 0.3%. So you can see how a single division's underperformance can skew the results for the entire company.

Management was clear, however, that the entire electronics and energy division wasn't at fault. Although sales across the division declined, the energy businesses were only down 2% organically. It was the electronics side that was truly feeling the pain, with sales down 14%.

Declines occurred in both of the company's electronics subgroups: electronics materials solutions, and display materials and systems. CFO Nicholas Gangestad blamed the declines on "weak end-market demand across most consumer electronics applications."

However, some regions performed better than others. In fact, sales increased in the Europe/Middle East/Africa region, and were flat in Latin America, Canada, and the U.S. It was only in the Asia Pacific region that sales declined -- and obviously, they declined by a lot. So it wasn't a single division's underperformance that weighed down the company's earnings, but the underperformance of half of a single division in just one geographic region.

Management took pains to point out how well everything else was doing. "Four of our five business groups posted margins above 23%," boasted Thulin, "including healthcare at 33%, and safety and graphics, at 27%, demonstrating the breadth of our strength." Later in the call, he did it again: "As I look across our enterprise, each of our businesses is...executing very well. Six months into the year, four of our five business groups are growing in line with our expectations entering the year."

But even though he tried to put a positive spin on the situation, Thulin couldn't avoid admitting that there would be some consequences from the electronics and energy division's poor showing.

Management expects the division's woes to continue into next year. "I don't think we will see anything this year in terms of change," said Thulin. "So I think we have to wait until some time in 2017 before we will see growth -- specifically in consumer electronics -- taking place."

The company has already made adjustments to its operations to counteract the unit's weakness. During the Q1 earnings call, which took place during the second quarter in April, 3M announced it would cut 250 jobs from the division, and take a $20-million charge.

These charges reduced the division's Q2 margins by 80 basis points, to 19.3%. Even so, management expects full-year organic sales to decline by high single digits this year. This will impact the full company's growth forecast, which is now expected to be 0%-1%, as opposed to the previously predicted 1%-3%. The company also adjusted its EPS guidance from $8.10-$8.45 to $8.15-$8.30.

However, over the next several years, Thulin predicts that the electronics business will rebound. He said:

The electronics business is a good business for us to be in. We're a materials science company and the strength of our capabilities in that market is very, very strong. So from a strategic perspective, there is no question mark for me.

Thulin sees potential in automotive electronics, and plans to make investments in it to achieve growth down the line. He also noted that "volatility also has an upside," and believes that the company will be poised to benefit when things stabilize, probably in 2017. He believes that -- with the recent changes to the division -- the structure is in place for it to be able to deliver margins of more than 20%.

3M's second-quarter results are an object lesson in the downside of diversification. Poor performance in a single division or region -- or in this case, both -- can have an outsized impact on a company's finances. However, the opposite is also true: Strong performance in one division can counteract weakness elsewhere.

3M is hardly alone among diversified companies in having a weak business that drags down company earnings. Industrial peer General Electric has been hamstrung in recent quarters by its oil and gas division, while even Warren Buffett's Berkshire Hathaway has faced headwinds from its railroad, BNSF.

Still, there's a lot to like in what management is saying here. The rest of the company is strong, and management has taken steps to address the current weakness in the energy and electronics unit, which it predicts will turn around over the long term. The resulting drop in share price may be an opportunity for investors to hop on board.