Investors should keep an eye on J.M. Smucker, GameStop, and Guess shares over the coming days. 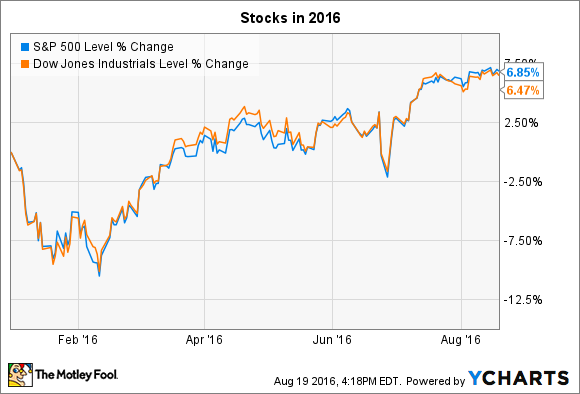 J.M. Smucker reports earnings before the market opens on Tuesday. The packaged food-and-snack company is riding high heading into this release: Shares are up 40% over the last 12 months as profitability has soared thanks to cost cuts and a booming coffee business. At its last quarter outing, in fact, gross profit margin jumped seven percentage points to reach 30% of sales.

Investors will be watching for continued gains in Smucker's Dunkin' Donuts and Folgers coffee brands and for evidence of progress integrating the Big Heart pet-food acquisition. CEO Richard Smucker and his executive team last forecast flat sales for fiscal 2017 and profits of $7.68 per share at the midpoint of guidance. Beyond that, innovation across its coffee, pet, and consumer-foods brands will be critical to long-term growth, given that a significant portion of sales in 2015 came from products launched just within the last three years.

Guess shares, on the other hand, are limping into this week's earnings release -- down to six-year lows after a string of weak sales growth pushed profits way down. In fact, the apparel specialist reported a net loss last quarter during what CEO Victor Herrero described as a tough retail environment in the U.S. and China. "The start to the year has been a bit more challenging than we anticipated," he said in a press release. 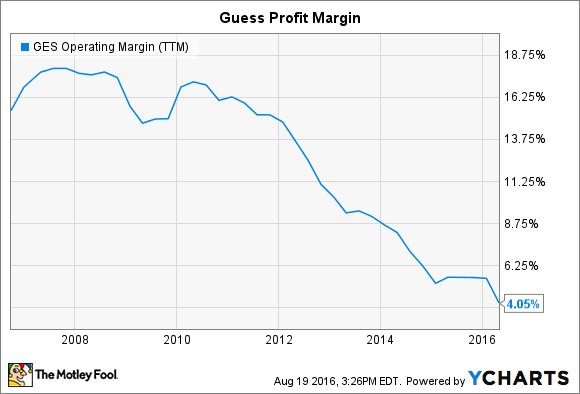 Guess plans to swing back to an operating profit this quarter, with margins ticking up to about 2% on its way to roughly 4% for fiscal 2017. Investors have seen signs of life in the apparel market recently, as Macy's and Nordstrom both managed improvements during the second quarter. That implies Guess might reveal a reversal for its slumping customer traffic trends on Wednesday -- yet shares aren't likely to see a real recovery until profitability moves back toward double digits.

Expectations are low heading into specialty retailer GameStop's quarterly release on Thursday. The company is projecting a 5% drop in comparable-store sales as its traditional video game business continues to shrink. Last quarter, that segment endured a 29% dive in new video game hardware sales and an 8% decline in new software sales.

Together, these expanding categories are more than offsetting the profit loss from a video game business that's on the way out as players transition to digital purchases. Net income is at a record high, which suggests this stock and its nearly 5% dividend yield could be an attractive bet for long-term investors. The key question is whether GameStop can nurture its new businesses to health at a fast-enough pace to offset the shrinking market for physical video game offerings.

fuboTV Stock Crashes: Should You Buy?