These companies could be great long-term buys for value investors. 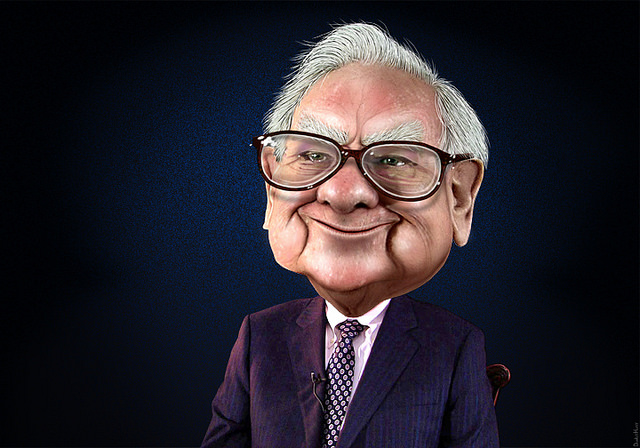 So far in 2016, Warren Buffett's Berkshire Hathaway (BRK.A 0.07%) (BRK.B 0.10%) has continued its rich tradition of beating the broader markets, and done so in impressive fashion: 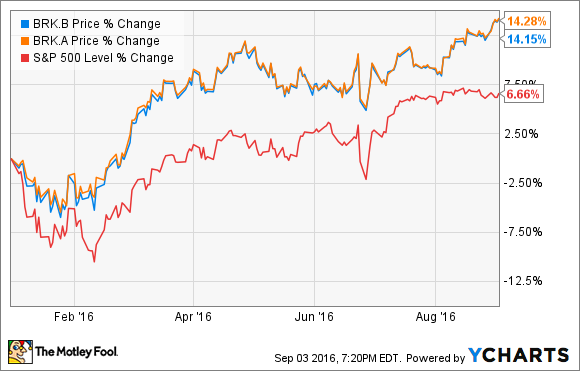 The secret behind Berkshire's enduring success has been its defensive investing strategy, which entails (among other things) owning companies with strong economic moats, solid balance sheets, and top managerial teams -- but not necessarily jaw-dropping growth prospects. With this in mind, three of our Foolish contributors discuss the merits of stocks that sport those key characteristics. Read on to find out which ones they recommend and why.

Trash can be treasure

One stock that fits the bill is Stericycle (SRCL 1.70%). It's difficult to summarize all of the services Stericycle provides, but among its chief services, it helps businesses such as hospitals, clinics and dental offices deal with the complicated and strictly regulated process of disposing of medical, hazardous, and pharmaceutical waste. As such, the company is a highly trusted provider of high-value, high-margin, outsourced services.

Stericycle helps businesses comply with standards from a wide array of regulatory agencies, such as the EPA, DEA, FDA, OSHA, DOT, HIPAA, and FACTA, among others. As regulations grew stricter and the costs of compliance skyrocketed, the number of companies competing with Stericycle dropped precipitously. The company now possesses unrivaled scale and regulatory experience in its niches.

There are a couple of growth catalysts that should benefit Stericycle and its investors. Rising costs have created an environment in which many hospitals are choosing to outsource medical waste services rather than operate their own expensive incinerators. It's easier and cheaper for Stericycle to scale up and dispose of waste from multiple hospitals than it is for individual hospitals to efficiently destroy their own waste.

Also, the company has recently begun to expand the services it offers. For example, last year, it acquired document destruction specialist Shred-It. If Stericycle can expand its customer base beyond the healthcare industry, it could open the floodgates for its top and bottom lines. However, there is a risk that if Stericycle stretches too far and can't create synergies between its offerings, it could fail to return value to shareholders.

Fortunately, as you can see in the graph below, Stericycle has a solid track record of financial performance, making this a Warren Buffett stock, in my opinion. 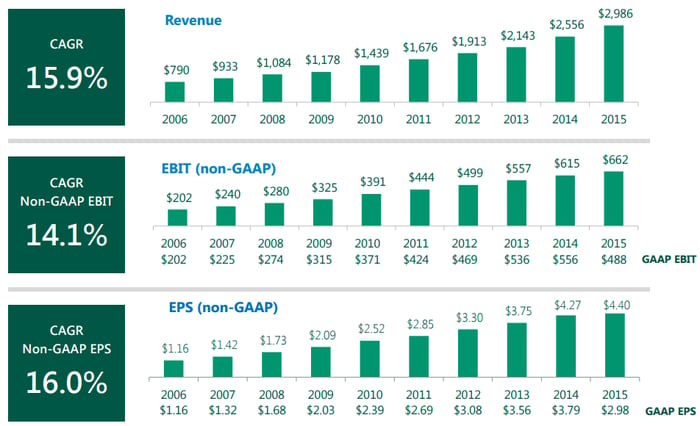 George Budwell:  Since its inception, Berkshire Hathaway hasn't owned many pharmaceutical stocks, presumably due to their lack of strong economic moats. The pharmaceutical industry, after all, is known for its rapid pace of innovation, intense competition, and a precarious regulatory environment that can erode profits in the blink of an eye.

Johnson & Johnson (JNJ 0.08%), though, has occupied a space in Berkshire's portfolio for over a decade at this point, and for good reason. Despite the typical churn of products within its pharma business segment, J&J's total returns have still outpaced those of the S&P 500 over the last decade by a wide margin: 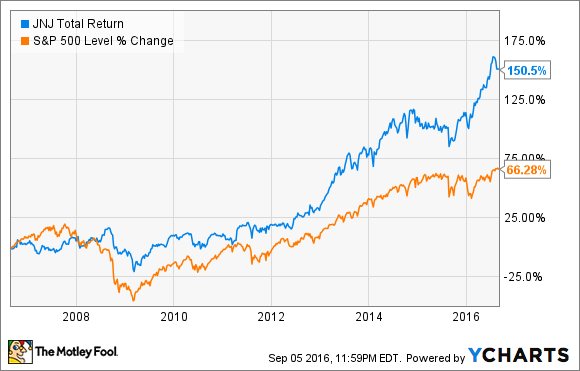 The key to its success has been J&J's commitment to spending a significant chunk of its cash flow on R&D to replenish its pharma product portfolio. In this way, it has been able to remain one of the fastest-growing pharmaceutical companies in the world, which has enabled the company to post 32 consecutive years of adjusted earnings increases and 54 consecutive years of dividend increases.

But the best part -- and the main reason to buy this stock now -- is that there's no reason to believe those trend will reverse course anytime soon. J&J's immense clinical pipeline sports more than 30 late-stage trials at the moment, putting it on track to bring multiple new products to market and win label expansions for older ones within the next few years.

This farm-equipment leader has proved its mettle, yet again

Neha Chamaria: Did you hear about Warren Buffett unwinding Berkshire's nearly 6% stake in Deere & Company (DE 0.86%) during the second quarter? Good if you didn't, for August turned out to be one of Deere's best months in recent times, with the stock surging almost 10%.

Farming's fundamentals have weakened considerably in recent quarters as low crop prices have hurt farm income and reduced demand for new farm equipment. Buffett, perhaps, doesn't expect things to improve in the near term, which is why he sold off some shares. But wait: That was in the second quarter, and I wouldn't be surprised if Berkshire Hathaway's third-quarter filings reveal higher stakes in Deere again. That's because Deere remains firmly on a growth track, irrespective of the business conditions.

Deere not only crushed analysts' estimates by a gaping margin during its last quarter, it also upgraded its full-year net income outlook by almost 13% to $1.35 billion. That comes on the back of aggressive cost-control moves that are helping Deere grow its profits despite challenges: Its equipment operations (which exclude its financial arm) earned 3% higher net profits year over year in the last quarter on 14% lower sales. Management even suggested another $500 million in cost reductions by 2018 if the agriculture markets remain weak. That should renew investors' confidence in management, and remove any fears of a dividend cut. In fact, Deere was also free-cash-flow positive in the last twelve months, and continues to boast best-in-class returns on equity.

Long story short, I believe Deere's strong execution in the last quarter to have been a good wake-up call for investors who lost faith in the industry stalwart in recent months.