Shares of specialty pharmaceutical company Eagle Pharmaceuticals (EGRX -2.78%) jumped by more than 38% during August, according to data from S&P Global Market Intelligence. 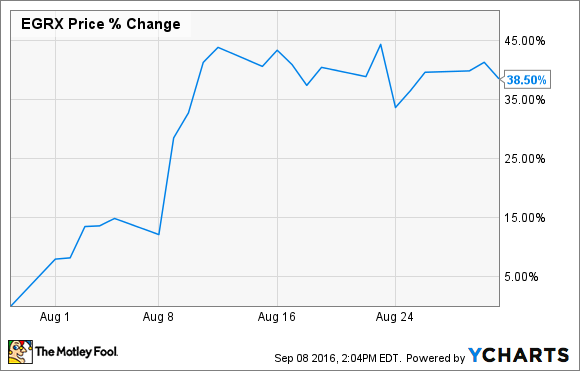 The company's upbeat second-quarter earnings report appears to be the primary reason that shares rose during the month. Here are a few of its highlights:

If all of that wasn't good enough, Eagle also learned from the FDA that no additional testing is required to submit Ryanodex for review as a treatment for exertional heat stroke, or EHS. Management believes that the expanded indication could be in hand as early as next year.

All in all, the company had a great quarter, so its no surprise its shares rebounded sharply from the drubbing that they had taken since the start of the year. 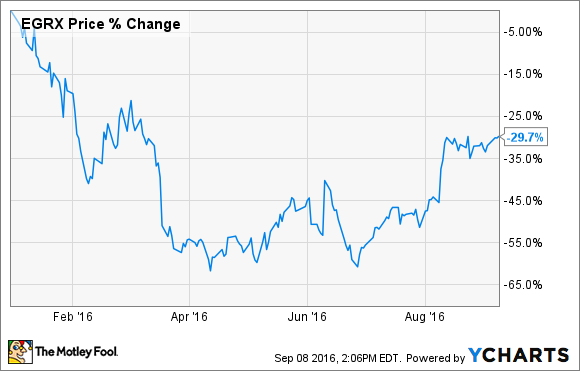 Wall Street is projecting that Eagle will pull in $3.20 per share in profit for all of 2016, and that number is expected to leap to $5.24 next year. That puts this company's forward P/E ratio at less than 12, which isn't much for a company that is expected to grow sales and profits at rapid rates over the next few years.

Eagle's stock has been quite volatile over the past year, but investors who bought during its early 2014 IPO have done remarkably well. If you're a believer in this company's products and its pipeline, then buying shares while they are still on sale could prove to be a profit-friendly move.