Pfizer is about to launch a biosimilar to Johnson & Johnson's top-selling Remicade. 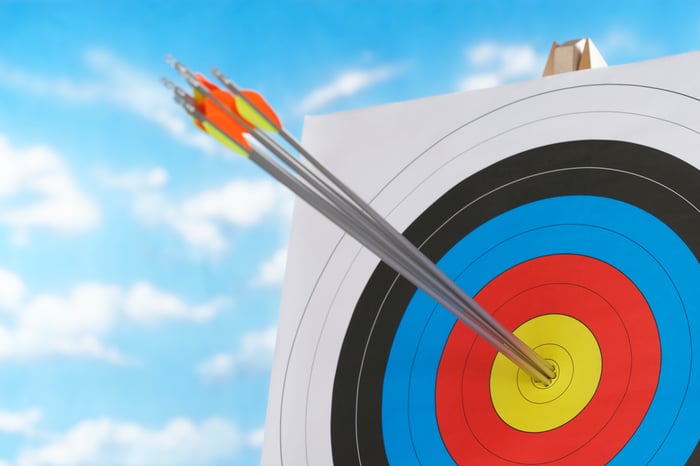 Remicade's tailwinds, however, could be about to end because Pfizer, Inc. (PFE -0.33%) is finalizing plans to launch a Remicade biosimilar before year's end. Pfizer's biosimilar to Remicade, Inflectra, isn't an exact copy of Remicade, but it works similarly to it, and importantly, it's going to cost less -- something that could result in billions of dollars in Johnson & Johnson sales heading Pfizer's way over the next few years.

Remicade won FDA approval in August 1998 as a Crohn's disease therapy. Since then, its label has expanded to include rheumatoid arthritis, psoriatic arthritis. and ulcerative colitis, too. The drug is sold globally, with Johnson & Johnson owning the U.S. rights, and Merck & Co. and Mitsubishi Tanabe owning rights to it outside the United States. Merck and Mitsubishi pay J&J a royalty on Remicade's ex-U.S. sales.

Remicade is a biologic drug, which means that it's a complex medicine that's created in living organisms, and it's not easily replicated. Remicade's patent has already expired, but until now, its complexity has kept competitors at bay in the United States. Remicade biosimilars, however, are already available in Europe.

Pfizer's Inflectra won unanimous support for approval by a Food andl Drug Administration (FDA) advisory committee in February. In April, the FDA officially gave Pfizer the green light to begin marketing it as a Remicade biosimilar in the United States.

Although the FDA's decision to approve Inflectra was announced months ago, Pfizer decided to delay launching Inflectra while it awaited a ruling on some patents that Johnson & Johnson argues still protects Remicade. Unfortunately for Johnson & Johnson, a federal judge in Boston recently ruled against it in that case.

The judge's ruling helps assuage fears Pfizer may have that it could be exposed to penalties if it launches Inflectra too soon. Previously, Pfizer has said it wouldn't launch Inflectra until Oct. 3, at the earliest.

In Pfizer's Q2 conference call, executive John Young said, "We're moving ahead with launch preparations, and launch timing will be impacted by the upcoming court decision." Pfizer's top in-house legal beagle Douglas Lankler added, "If the court rules in our favor, there would be no legal restriction on our ability to launch."

Given those comments and the judge's ruling, it would appear that a launch of Inflectra can be expected soon.

Inflectra is already available in many European markets, and biosimilar competition overseas is a big reason why Johnson & Johnson's Remicade royalty stream is shrinking. In Q2, J&J's U.S. export sales of Remicade slumped 23%, to $185 million.

Pfizer has said it expects price discounting for biosimilars in the 30% to 50% range, which is better than the 80% to 90% discounting typical for traditional generic drugs. No one knows how much of the Remicade market share Inflectra can capture, or how quickly it can capture it. However, with that pricing, it wouldn't be shocking if Inflectra rapidly can  become a nine-figure drug for Pfizer in the U.S. This would all come at Johnson & Johnson's expense.

Todd Campbell has no position in any stocks mentioned. Todd owns E.B. Capital Markets, LLC. E.B. Capital's clients may have positions in the companies mentioned. Like this article? Follow him on Twitter where he goes by the handle @ebcapital to see more articles like this. The Motley Fool owns shares of and recommends Johnson and Johnson. We Fools may not all hold the same opinions, but we all believe that considering a diverse range of insights makes us better investors. The Motley Fool has a disclosure policy.