Mergers and acquisitions can be some of the biggest and most exciting developments in the stock market. The idea is just too enticing for investors to dislike: Combine two companies to instantly juice revenues and profits, merge similar departments and systems to reduce costs, and use the resulting greater size for increased pricing power. Companies that merge successfully are essentially creating their own math equation of 1+1=3, and what investor doesn't approve of that outcome?

However, merger and acquisition activity has been 18% lower year-over-year through the first half of 2016 -- and with less activity, many investors have overlooked some very smart moves.

Ritchie Bros. Auctioneers (NYSE:RBA) had a home-run acquisition midway through September when it agreed to acquire IronPlanet in a deal worth $758.5 million. If the stock price jumping 23% on the day of the announcement wasn't enough to convince you, let's note some other reasons this purchase was a no-brainer.

First, the acquisition improves RBA's network effect competitive advantage. More isn't always better, and sometimes less is more, but not in this case. In the auction game, the biggest player draws in the most sellers, and having the most sellers lures in a larger and more valuable customer base. RBA already enjoyed this effect as the largest player, and purchasing IronPlanet, which was the second-largest competitor, simply increases the advantage over its remaining competitors.

Moreover, IronPlanet also brought with it strong online-auction-based business. Internet auctions of heavy equipment are a rapidly growing business -- RBA now does more than half of its auction business online -- and this acquisition will give RBA a huge advantage over its competition going forward, as it was IronPlanet's sole focus.

One reason that IronPlanet surged to the top of RBA's pile of competitors was its partnership with Caterpillar, which also owned a minority position in the auctioneer. Now, when the deal is completed, RBA will now operate live on-site auctions for participating Caterpillar Dealers under the Cat Auction Services brand. The initial agreement is for five years, and having access to Caterpillar's highly valued equipment should prove extremely beneficial for the company.

Ultimately, this is a home run acquisition.

Instant boost to top and bottom-line 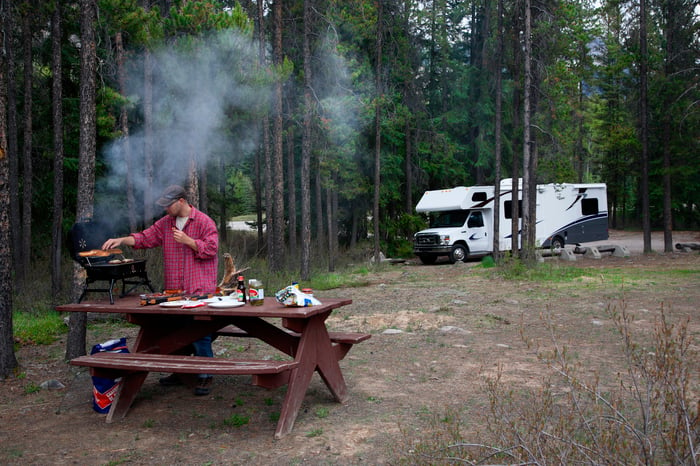 In a randomly similar jump, Winnebago Industries, Inc.'s (NYSE:WGO) stock rose 23% after the announcement it would acquire Grand Design for $500 million in cash and freshly issued shares. When the deal is all said and done, it'll go in the books as the largest purchase in Winnebago's history.

Grand Design has a strong, albeit short, history of growth with a compound annual growth rate of 80% since 2013. In total, Grand Design recorded $428 million in revenue during the 12-month period ending in August, which will add roughly 40% to Winnebago's top-line – putting the combined company at approximately $1.4 billion annual revenue.

Arguably even better than the top-line growth the acquisition will provide is that Grand Design will be instantly accretive to Winnebago's bottom-line. Further, the annual cost synergies for the combined companies are expected to be $7 million phased in over about three years.

The only downside is that investors have enjoyed a debt-free balance sheet, and this acquisition will bring on $353 million in debt. Ultimately, the debt isn't a huge concern in terms of overall health, and management plans to reduce its debt to EBITDA ratio from 2.5 (after the deal is completed) to below 1.5 by the end of 2018.

Mergers and acquisitions have been slower this year, but they offer insight into management teams making smart business moves. Grand Design is a great fit, as it's a fast-growing manufacturer in the towables segment and instantly accretive to Winnebago's earnings, and RBA's acquisition made its great network effect even stronger. Both of these companies are making great use of capital and warrant a spot on your watch list.