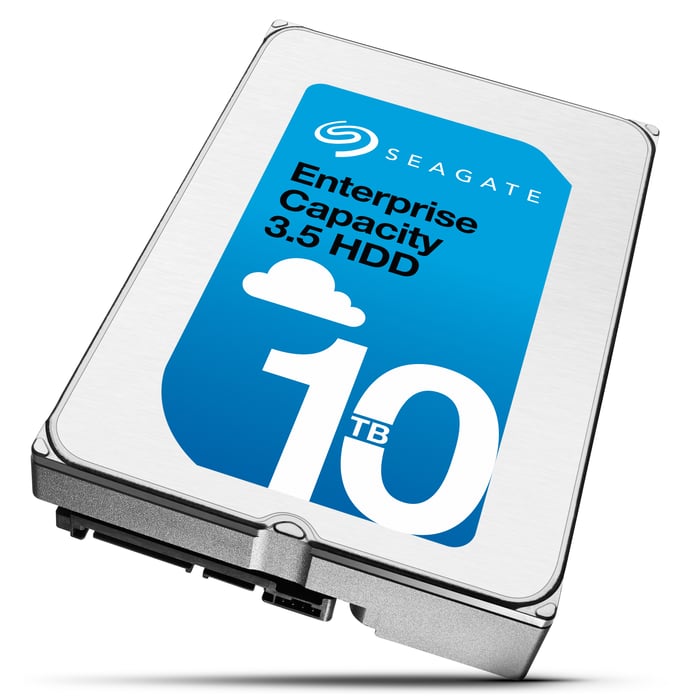 Hard disk-drive maker Seagate (NASDAQ:STX) is particularly interesting to income investors because of what is arguably a very aggressive capital return policy. The company routinely buys back significant amounts of stock, which has contributed to a steep decline in the number of its shares out there in the market. 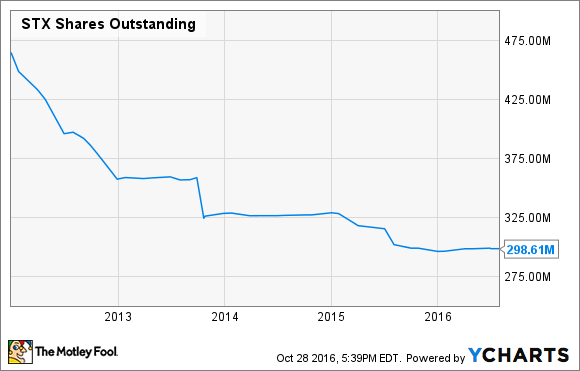 However, what's probably more exciting to investors who love capital returns is that Seagate's dividend is quite large and has been growing at a steady pace for years now, though it's worth pointing out that the buybacks and dividends go hand in hand -- a reduced share count helps boost the dividend per share that a company can pay with a given amount of capital.

As of writing, the dividend yield on the shares is a healthy 7.38%, and it's reasonable to assume that the company aims to increase it as its financial performance allows. 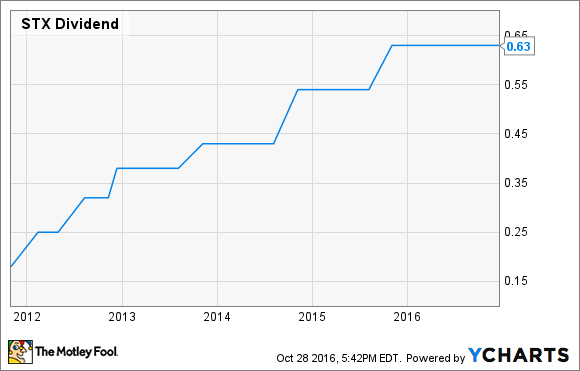 Seagate's dividend per share has gone steadily up since 2012. Image source: YCharts.

Seagate has historically targeted aggressive dividend yields, but whenever a company's yield seems too good to be true, it leads investors to ask whether the dividend is sustainable. I asked the question last year, and the answer then was in the affirmative. Is that still true nearly a year later? Let's take a closer look.

Free cash flow tells much of the story

The key to a sustainable dividend is a company's ability to generate enough free cash flow to cover that dividend. Look at Seagate's free cash flow per share over the past decade: 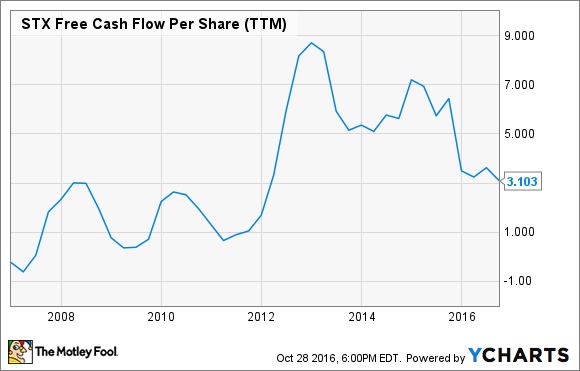 Seagate's free cash flow per share has been volatile over the years. Image source: YCharts.

The company's current quarterly dividend sits at $0.63 per share, or $2.52 annually, so over the past 12 months the company's dividends have been supported by the free cash flow it managed to generate during that time.

The past covered it, but can the future?

From the trailing-12-month figures on free cash flow per share, Seagate seems to be raking in enough free cash flow to cover the dividend. However, there's not a lot of wiggle room here. So for investors to be confident in that dividend, they need to have reason to believe that Seagate's underlying business itself won't see a dramatic reduction in free cash flow anytime soon.

Going by current analyst estimates, Seagate should be able to generate around $3.72 per share in earnings this year and $3.73 per share next year. (Note that these figures represent averages of a wide range of estimates.)

Seagate's free cash flow and earnings per share track very closely, as they generally should, so if Seagate can hit figures in the ballpark of what analysts are looking for, the dividend should be safe at least through the next year. 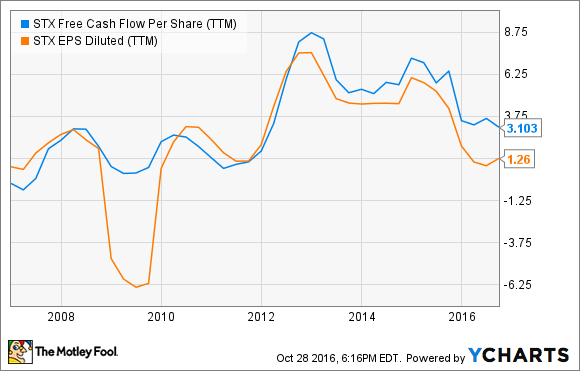 Seagate stock has been quite volatile year to date, with the stock losing about half of its value between April and May and then recovering all its lost value, and then some, between May and September. 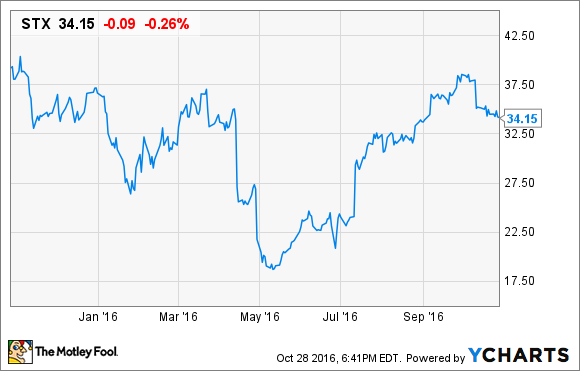 In contrast to the company's share price, its dividend has been quite solid and, from the looks of it, should continue to be a reliable source of income for Seagate shareholders for a while yet.