However, HPE's rally was mainly fueled by spin-offs and cost-cutting measures. In a surprising move last year, it killed off its public cloud platform. Earlier this year, it agreed to spin off and merge its weak IT services business with Computer Science Corp. (NYSE:CSC) in an $8.5 billion deal, and to do the same with its "non-core" assets (application delivery management, big data, and enterprise security) in an $8.8 billion deal with Micro Focus International. It also laid off hundreds of workers, implemented new cost-cutting strategies, and aggressively repurchased stock.

Those moves are expected to boost HPE's earnings by 7% next year, but the skeptics believe that this strategy won't generate fresh sales growth for the company. It's moving into higher-growth markets with smaller acquisitions like supercomputer-maker SGI, but its expansion pales in comparison to that of IBM, which acquired a dozen companies this year. Despite those concerns, HPE remains a very cheap stock at 10 times earnings -- which is much lower than the industry average of 21 for IT services companies.

Daqo New Energy (NYSE:DQ) is a Chinese polysilicon producer. Its customers process its polysilicon into ingots, wafers, cells, and modules for various solar power solutions. The solar industry fell out of favor for many years due to both a brutal price war among solar cell makers, which sunk price of polysilicon, and low fossil fuel prices making solar power less economically attractive. 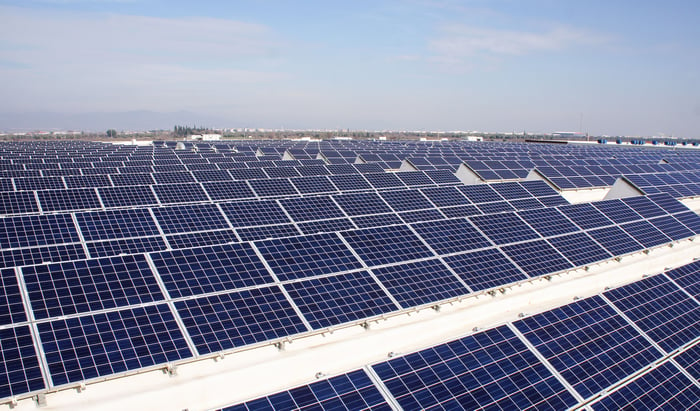 Over the past decade, shares of Daqo have also fallen over 90%. But over the past 12 months, the stock has rallied 80%. That's because Daqo generated robust sales growth on big orders from within China, while technical improvements have reduced its production costs to offset polysilicon's price declines.

Those year-over-year comparisons sound impressive, but Daqo's overall orders, average selling price, revenue, and net income all still declined sequentially from its strong second quarter. Analysts currently expect Daqo's revenue and earnings to respectively rise 32% and 305% this year. Therefore, the stock's current P/E of 6 -- which is much lower than the industry average of 26 for semiconductor equipment and materials makers -- seems to reflect bearish expectations for the overall solar market instead of any major problems with Daqo's core business.

But are HPE and Daqo bargains?

Both HPE and Daqo were "hot" because investors liked specific things that they were doing -- like HPE's increased cash flow from its spin-offs, and Daqo's ability to pump out polysilicon with lower production costs.

But the stocks also remained "cheap" due to unresolved issues, like HPE's dubious ability to grow its top line and Daqo's to withstand the pressures of the solar market. Therefore, investors should carefully weigh these pros and cons before buying either stock as a value play.