Sony (NYSE:SONY) has been selling off problem businesses, scaling down its remaining struggling divisions, and posting strong results from its standout video games unit. While the Japanese electronics giant's recent quarterly report arrived with downward revisions to revenue and earnings targets for the current quarter, the company hasn't backed off its 500 billion yen operating profit target for fiscal 2018. Evidence of a successful turnaround and long-term earnings momentum has its stock up roughly 21% year to date.

Sony looks to be a risky investment, albeit one with potentially big upside. The company is still in the process of restructuring, and there's a large amount of guesswork involved in what the company will do with its television and mobile units as well as its more promising divisions. The video games and entertainment businesses, which are core parts of the turnaround push, are prone to volatility, and the market for image sensors in growth areas like automotives looks to be competitive. While risk-averse investors should probably look elsewhere, there is significant upside in its new pillars of gaming, movies and music, and imaging technologies that make the stock worthy as a portfolio addition. 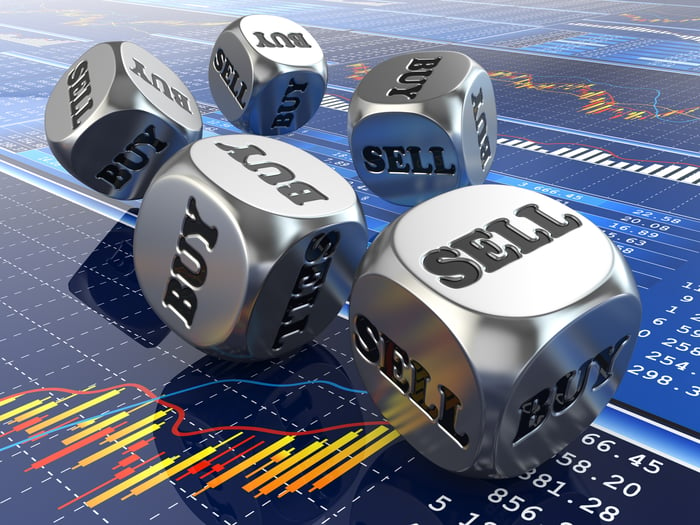 The company's television business remains under pressure as rivals including Samsung and LG continue to produce sets with better value propositions and the Sony brand name no longer exerts the same sales pull it once had. On the mobile front, Sony's handset unit has been a drag on resources and earnings, never managing to achieve significant brand strength or market share, and its phones remain overshadowed at the low end by LG and at the high end by Samsung and Apple.

While Sony's recent second-quarter results indicate the company has managed to stop the bleeding at its mobile unit by cutting the number of models it produces and reducing its presence in weak markets, the division looks unlikely to be repositioned as a long-term winner. The television business also appears to be on track to continue losing sales, as substantially cheaper manufacturing costs in China and South Korea will make it very hard for Sony to compete with its rivals on price. 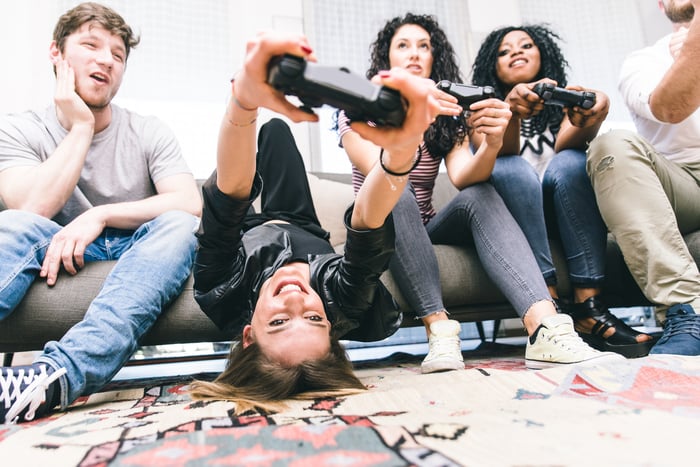 Aside from dependably solid performance from the company's financial services segment, the major bright spot at Sony in recent years has been the PlayStation business. Second-quarter fiscal 2016 saw the company's gaming and network services division account for the largest share of company revenue at roughly $320 billion and nearly 19% of sales.

Its video game unit is now the centerpiece of the company and the foundation for building branch-out ventures, including subscription-based streaming TV service PlayStation Vue and its PlayStation VR headset. The PlayStation 4 is dominating the console video game market, with 47 million consoles shipped to date and strong software sales driving licensing revenues. Putting that in perspective, its closest competition, Microsoft's Xbox One console, has sold somewhere around 20 million consoles. The recently released PlayStation 4 Neo version of the console should help the company maintain unit sales and pricing strength, and the PS4 family looks poised to retain sales leadership this cycle.

Sony is on track to continue benefiting from high-margin digital game and downloadable content sales, as well as revenues from its PlayStation Now subscription service -- which is needed to play PlayStation 4 games online. Network revenues in the last quarter were up 31% year over year, and they should continue to expand as the user base for PS4 grows. The games business looks to remain very strong for Sony over the next several years. However, big shake-ups are the norm in the industry, and it's difficult to predict where the console market will go beyond that window.

Sony's movie business has been underperforming 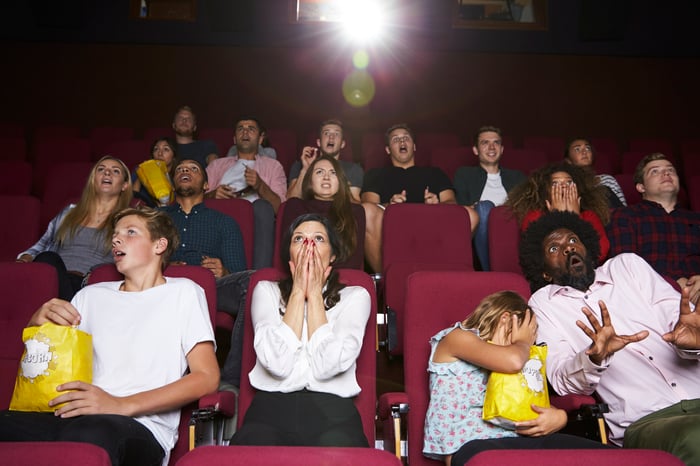 While the PlayStation business is booming, the other entertainment components of the company's turnaround are currently less sound. Its movie segment is struggling and has seen a heavy number of box office misfires in recent years. The company's most recent quarterly report did show much better results for its film unit than the prior-year quarter (an operating profit of $33 million as compared to a $187 million loss in the second quarter of fiscal 2015), but the performance of the division hinges on big properties, and Sony is lacking in that area. As disappointing as the performance at Sony Pictures has been, there's a lot of room for improvement -- and reason to think the company can gain ground on the franchise front.

Sony has a potential breakout on the horizon in its 2017 release Spider-Man: Homecoming, and the franchise reboot's integration with Disney's Marvel Cinematic Universe makes it more likely that Sony will be able to launch an expanded film universe built around the license. Other upcoming films of note include The Dark Tower, Barbie, Sonic the Hedgehog, and an emoji movie.

The company's franchise film prospects outside of Spider-Man films do not look especially strong, but even delivering a success with Homecoming would do a lot to improve the state of its movie wing. Sony has also entered into a partnership with the Dalian Wanda Group, which should result in better distribution opportunities in China.

While Sony's smartphone business is unlikely to become a long-term winner, the company's production of imaging components and sensors for phone cameras from Apple, Samsung, and other manufacturers gives the company growth avenues in mobile. Both Apple and Samsung are reported to be increasing their production of key handsets, but there is some uncertainty, here, as overall iPhone sales have fallen recently, and the lasting effects of the Galaxy Note 7 recall on Samsung's brand remain to be seen.

While Sony leads the market for mobile camera sensors with roughly 35% of CMOS sensor sales, and sees potential growth there, it is facing reduced demand for dedicated still and video cameras. Sensors for smart cars represent another growth avenue, but the company doesn't see fast acceleration for the business, and it's unclear how it will fare against competitors that are more specialized in the space.

If Sony hits its earnings target next year, shares should be a good buy at current prices. With roughly 1.26 billion shares outstanding and guidance for operating profit of roughly $4.5 billion at current yen-to-dollar exchange rates, Sony is trading at roughly 8.5 times the operating income target for fiscal 2018 on a per-share basis. On the other hand, between volatility at its various businesses, currency fluctuations, and the chance of other unforeseeable events like the Kumamato earthquake that disrupted its imaging businesses earlier this year, the possibility exists that it will miss its earnings mark by a wide margin. So, while Sony looks like a good value if things go according to plan, investors will need to be able to tolerate risk.