Please ensure Javascript is enabled for purposes of website accessibility
Log In Help Join The Motley Fool
Free Article Join Over 1 Million Premium Members And Get More In-Depth Stock Guidance and Research
By John Bromels - Dec 12, 2016 at 10:29AM

The waste disposer and recycler reported a great third quarter with the promise of more to come. 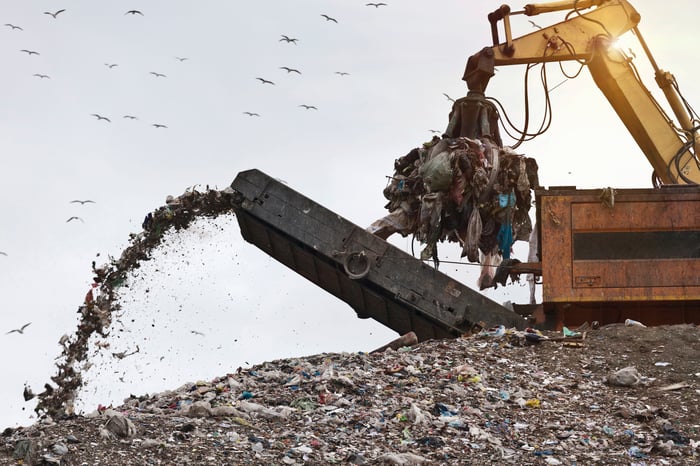 Shares of Casella Waste Systems (CWST 0.92%) were up 16.9% in November. The stock price rose steadily throughout the month, after a solid (pun intended) earnings report and upbeat guidance from the Vermont-based regional waste disposal, recycling, and resource-management company. As President Edwin Johnson said on the company's Q3 earnings call, "[T]his was the best quarter on both an EBITDA and net income from continuing operations basis in 10 years."

Although it's a regional waste-management company with operations mostly in New England and New York, Casella has been no stranger to growth recently. The company has grown its operating income for the past eight quarters. In its most recent third quarter, revenue was up 3.4% year over year, while net income rose an impressive 233.6% YOY. Adjusted earnings were also up by 12.2% YOY. Many of these gains were driven by improved pricing in solid waste collection and landfill operations. These kinds of strong results, coupled with increased guidance, moved the stock.

Casella's stock price has nearly doubled this year. But long-term investors in the company are surprisingly still in the hole. Its share price still hasn't reached its pre-recession peak, even as the overall market has surpassed its pre-recession ceiling: 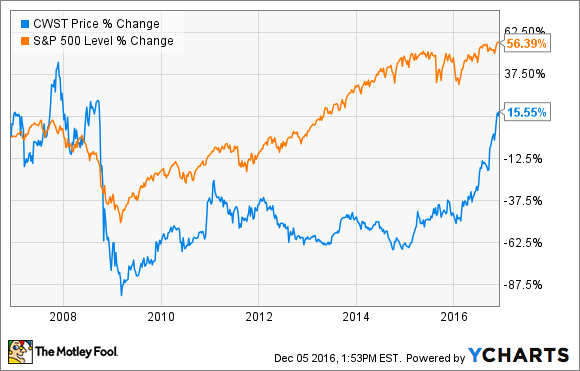 Casella is firing on all cylinders. It's been growing income and margins, and reducing its debt load and its operating costs. In October, it refinanced its debt to reduce interest costs by $11 million annually. In light of the company's continuing performance improvements, management increased its adjusted EBITDA and normalized free cash flow guidance ranges for the year. It now projects adjusted EBITDA between $116 million and $118 million, up from a range of $115 million to $117 million. It projects normalized FCF between $22 million and $25 million, up from prior predictions of $20 million to $24 million.

Continuing improvement seems to be the name of the game at Casella. While it doesn't pay a dividend like its larger waste-management peers Waste Management and Republic Services, both of which also had solid if not extraordinary Novembers, it's definitely a stock to consider in this industry.