Johnson & Johnson (NYSE:JNJ) released its fourth-quarter 2016 financials and the numbers show that the launch of a Remicade biosimilar by Pfizer, Inc. (NYSE:PFE) could pose a big threat to the company's growth in 2017. 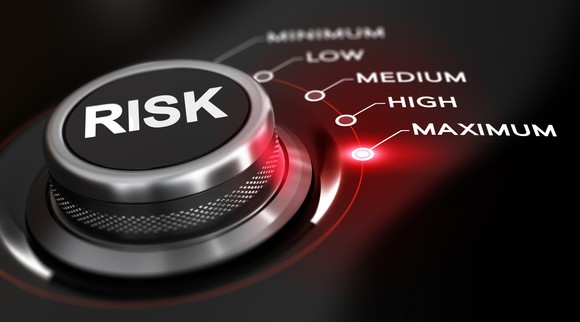 The market for autoimmune disease drugs like Remicade is huge. Every year, billions of dollars are spent on these drugs, which can cost thousands of dollars per dose.

Remicade is one of the oldest biologics used to treat autoimmune disease, including rheumatoid arthritis, and it's a complex biologic that can't be copied identically. However, patent expiration has led to the launch of biosimilars that deliver similar safety and efficacy.

These biosimilars are already available in abroad markets, including Europe, but they're only now launching in the United States. In November, Pfizer became the first company to launch a Remicade biosimilar in the U.S. when it rolled out Inflectra.

Although Inflectra has only been on the market for weeks, not months, Johnson & Johnson's fourth-quarter financials suggest Remicade's best days are behind it.

Pfizer launched Inflectra with a price tag that's only about 15% less than Remicade, which can cost between $1,300 and $2,500 per dose.

While that's not as big of a discount to the brand name price as typical generic small molecule drugs tend to launch with, it could still be enough to convince payers and doctors to prescribe it to newly diagnosed patients and cost-conscious patients. If so, then Inflectra could carve meaningful market share away from Remicade.

Abroad, where Remicade is marketed by Merck & Co. (NYSE:MRK), biosimilars are already taking a toll on Remicade, and the experience in those markets offers insight into how the U.S. market could play this year.

Merck & Co. hasn't disclosed its fourth-quarter figures yet, but Remicade sales in the third quarter fell 30% to $311 million versus the third quarter of 2015. When Merck reported those figures, management cited biosimilars as the reason behind Remicade's revenue drop.

Johnson & Johnson will likely compete on price with Inflectra by offering greater discounts to payers. That could help it maintain market share against Inflectra, but it will cause headwinds to Remicade's sales and the drug's contribution to Johnson & Johnson's bottom line.

The company hopes to make-up some of the negative drag on its financials caused by biosimilars by expanding the use of other autoimmune disease drugs in its line-up, including Stelara. Stelara is approved for use in psoriasis, and in September, the FDA expanded the drug's label to include its use in Crohn's disease. Johnson & Johnson thinks that could add $500 million in annual sales, or more.

Although Johnson & Johnson's efforts may help it absorb Remicade weakness, Remicade's the company's best selling drug, and that means that it could pose the biggest risk to sales in 2017.