Novartis (NVS 3.63%) has won a speedy approval for Kisqali, a new breast cancer drug that pits Novartis head-to-head against Pfizer's (PFE 3.00%) billion-dollar blockbuster drug Ibrance. It remains to be seen how Kisqali's launch will reshape the breast cancer market, but industry watchers think that it could end up generating peak sales north of $2 billion for Novartis.

Kisqali, formerly known as ribociclib or LEE011, is a CDK 4/6 inhibitor, and it works by halting cancer's use of CDK 4/6 proteins that allow cancer cells to quickly grow and divide. 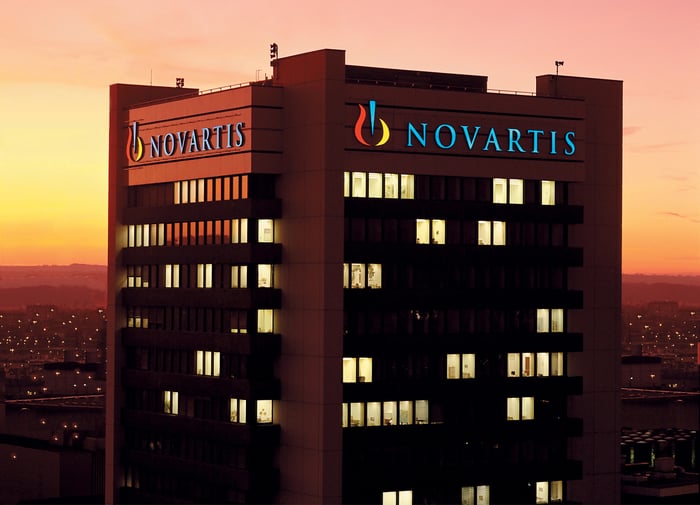 This week, the Food and Drug Administration approved Kisqali for use alongside an aromatase inhibitor, such as letrozole, as the initial endocrine-based treatment for post-menopausal women with hormone receptor positive, human epidermal growth factor receptor-2 negative (HR+/HER2-) advanced or metastatic breast cancer.

In the U.S., there are about 250,000 new cases of breast cancer diagnosed every year, and its estimated that 73% are HR+/HER2-. Roughly one-third of early breast cancer patients subsequently develop metastatic breast cancer.

In trials, patients receiving four weeks of letrozole and three 200 mg tablets of Kisqali daily for three weeks, followed by one week off treatment, saw a 44% improvement in risk of disease progression or death versus an letrozole alone. At the final analysis point, the median progression-free survival was 25.3 months, compared to 16 months for letrozole.

Pfizer's Ibrance targets the same proteins as Kisqali, but its early-mover status has given it a big head start, and successful trials in patients with other subtypes give it a more widespread addressable patient population than Kisqali, at least for now.

Since winning approval in 2015, Ibrance has become an important weapon used in combination with letrozole in the first-line setting and fulvestrant in patients who have previously received hormone therapy. In clinical trials, progression-free survival with Ibrance was 20.2 months versus 10.2 months for letrozole alone.  In combination with fulvestrant, progression-free survival was 9.5 months versus 4.6 months for fulvestrant alone.

Thanks to exapnding use across more patient populations, Ibrance's sales more than doubled to $643 million in the fourth quarter of 2016.

Results from independent studies can't be used to directly compare one drug's efficacy versus that of another, so investors' takeaway from Kisqali's and Ibrance's trials should simply be that both of these drugs are very effective.

To get an edge over Ibrance, Novartis has launched Kisqali with multiple price points that appear to undercut Ibrance, and that could factor into its use. However, unlike Ibrance, Kisqali's label includes heart and liver safety warnings that require monitoring,  so Kisqali's price advantage may not be as great as it seems.

Investors should also know that additional trials involving both these drugs are ongoing, and depending on their outcome, those trials could further expand their addressable patient populations. Additionally, a third CDK 4/6 drug is in development at Eli Lilly, and an approval of that drug could make this market even more crowded someday.

Nonetheless, because there's no cure for breast cancer, and patients often require treatment with multiple therapies, both of these drugs could still be blockbusters.