There is little doubt that the retail landscape is undergoing a radical transformation. The lines separating traditional brick-and-mortar sales from digital commerce are growing increasingly blurred. After all, how do you categorize a sale of two large pepperoni pizzas that are ordered with pizza emoji characters via Twitter but are picked up at the restaurant fifteen minutes later?

But merchants that can learn how to drive customer acquisition and spending through digital channels will be the ones who succeed in this changing environment. One surprising source of digital and mobile innovation over the past several years has been none other than Domino's Pizza ( DPZ -2.38% ). 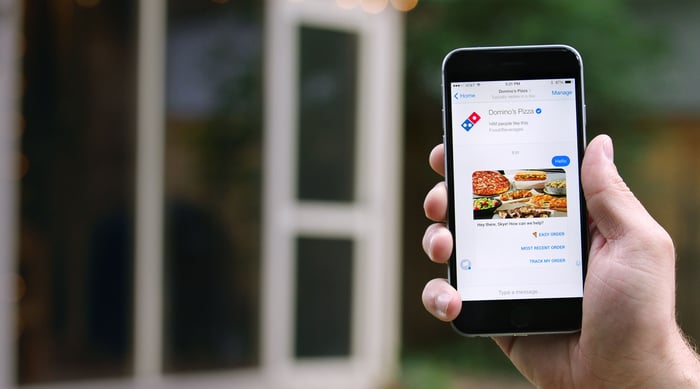 A stock price hotter than the oven

Amazingly, since 2010, Domino's stock has outperformed some of the most well-known tech companies out there, including Alphabet, Amazon, Apple and Netflix. In that time frame, Domino's has appreciated more than 2,000%! 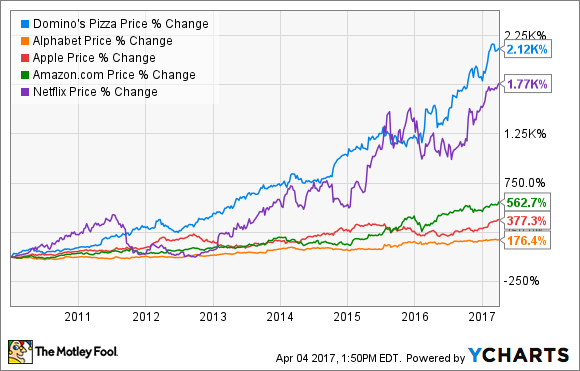 Those returns are simply remarkable and potentially produced life-changing wealth for shareholders. Several factors played into the pizza chain's successful run, including a focus on better-tasting food, a now famous marketing campaign, and international expansion.

What is also apparent, however, is that the company's vision has incorporated technology into its ordering and delivery experience to improve two crucial metrics for its customers: speed and convenience. The largest division at the company's corporate headquarters is its 400-member tech team. There is little doubt that the resources and effort devoted to technology has played a crucial role in Domino's success over the past decade. 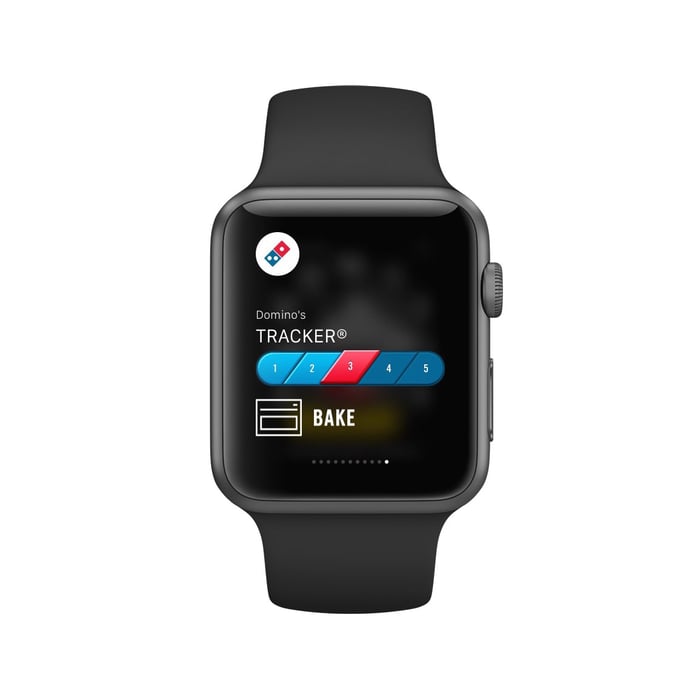 One of the ways Domino's has brought convenience to its customer base is by enabling orders everywhere. With Domino's Anyware, pizza can now be ordered through a variety of platforms, including Google Home, Amazon's Echo, Facebook Messenger, a smart TV, an Apple or Android smartwatch, a connected car, by texting, or by tweeting. All in all, there are a dozen ways for customers to order a pizza (yes, it is still possible to actually call a store with your order or simply walk into a store).

While signing up for an account is not a prerequisite for placing an order, those with an account need do nothing more than type the word "Pizza" on Facebook Messenger or tweet a few pizza emojis. Before long, their saved, favorite order is in the oven at their preferred restaurant location.

This is to say nothing of Domino's widely praised app, which allows customers to order with just one click. Voice-activated commands are an additional option. And if one click is still too much work for you, you can download Domino's Zero click app for a truly effortless experience. Once the order is in, pizza lovers can also track the progress of their order from initial preparation to delivery.

In Applause's ARC research report, The Best and Worst Restaurant Apps of 2016, Domino's had the second-highest rated app with a score of 85.3. It lost first place to Cracker Barrel Old Country Store, which scored 88.6. Domino's score was based on more than 300,000 reviews it has garnered across the Android and iOS platforms. Cracker Barrel's app score was based on less than a thousand of them.

The fact that Domino's had so many more reviews than other restaurants and still scored higher than all but one proves the level of customer engagement it has won through its digital platforms.

Investors should take note that Domino's sales growth shows no signs of slowing down. In the most recently reported quarter, domestic same-store sales were up an impressive 12% year over year. Revenue was also up double-digits, showing a 10.6% increase, while earnings per share were up 25.4%. All of this comes against the backdrop of a struggling restaurant sector! While there are many contributing factors to Domino's success over the past several years, it is clear the company's digital vision was a driving force in delivering incredible returns to shareholders.